Use this material to answer question #1

"I wonder when Maida's coming back?" said Rosie Brine as she approached the trio of children who sat on the Lathrop lawn.

The three were Laura Lathrop; her brother, Harold Lathrop; their friend, Arthur Duncan. Rosie did not join them on the grass. She seated herself in the hammock behind them and began to swing, first slowly, then so violently that her black curls swept back and forth with her swift progress and her speech came in jerks. "I wouldn't mind-how long I had to wait-if I only knew-when she was coming."

Nobody answered. Rosie had only asked a question that they all asked at intervals, hoping against hope that somebody would make a comforting guess.

"I don't believe she's ever coming back," Rosie answered herself, recklessly swinging almost over their heads.

According to the passage which of the following best describes the setting?

Analyzing a text doesn't include which of the following?

Which of the following is an opinion:

Hunter is evaluating sources for his research paper. He finds an article about his subject, but it is clear that the article is heavily biased towards one opinion. Which category of evaluation would this be a concern of?

The bar graph below represents data about the number of surveys performed by an employee of a survey company in 10 days.

With the help of this graph, find out on which day the number of surveys performed was the least.

Use this material to answer question #8

Far from the fantastic and improbable tale that Mary Shelley's Frankenstein now seems to us, the novel was declared by one reviewer upon publication to have "an air of reality attached to it, by being connected with the favourite projects and passions of the times".1 Among these were the scientific investigations into the states of life and death. Considerable uncertainty surrounded these categories. So much so that it was not far-fetched that Frankenstein should assert: "Life and death appeared to me ideal bounds" (ch. 4). He was not alone in considering that the boundary between life and death was imaginary and that it might be breached.

What is the implied analogy the author argues helps to flesh out the topic of life and death?

Which of the following decimal values is the largest? 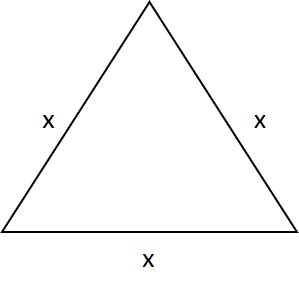 Use this material to answer question #11

Wendy, John and Michael Darling loved to listen to tales of a make-believe land where all sorts of things could happen. One night, after Mother Darling had read them a story, kissed them all good-night and tucked them into bed, there suddenly appeared at the nursery window a little boy dressed in green and a tiny fairy with spangled wings. "My name is Peter Pan," he announced. "How would you like to go to Never-Never Land with me? We could tell stories all day long and never grow up."

The Darlings thought this was an exciting idea, but Wendy asked, "How can we? We don't know how to fly!" "No trouble at all," Peter Pan assured them. "Tinker Bell just sprinkles you with fairy dust." In an instant, they found themselves gaily floating up to the ceiling. "Just follow me," said Peter Pan as he disappeared into the starry night. "Second to the left and straight on 'til morning!" High over the sleeping rooftops they flew until they came to Never-Never Land.

In what way does this text appeal to the reader's personal experience?

In a persuasive essay, how do you effectively structure your argument?

Use this material to answer question #13

[1] Turn-of-the-century book on the art of hypnosis and a study into how humans work under its influence. The author, the hypnotist Santanelli (James H. Loryea), writes:

[2] If you will follow through the ensuing pages, unsophisticated as I am, I will try to teach you something about man - a mere machine; his every thought and action forced, possessing no will power, and in no way responsible for his actions. [3] For twelve years I have studied nightly from ten to twenty-five hypnotized subjects and have found that they are ruled by the same general law as the non-hypnotized man.[4] In other words, a hypnotized subject is a slowed-down machine which one knowing how, can watch each and every movement of, and thereby comprehend cause and effect. [5] Through a hypnotized subject we can learn how "normal" man is forced to act. [6] Consequently, we can thoroughly analyze the whys and wherefores of every act performed by a subject while in hypnosis, during which time I believe the cerebrum to be entirely inactive.

[7] Not much is known about Santanelli. [8] An article from The New York Times in 1896 tells of a performance given by him during which ten men were hypnotized and made to do or feel various things, such as believing that they had injured their foot or that the chair they sat on was red-hot. [9] The most controversial performance however began on March 30th 1896 in Fort Wayne, Indiana, when Santanelli put his young assistant James Mahoney into some sort of coma or hypnotized sleep for a week, during which the public became worried for his health and tried to get Santanelli to wake the young man. [10] When Mahoney was awoken after a week, he had reportedly lost 9 1/4 pounds (a little over 4 kg) but was otherwise unchanged, regaining his original weight within 24 hours.

Which of the following sentences can be re-written to include the information from sentence 7, "Not much is known about Santenelli?"

A tall basketball player has a height of 7 feet and 4 inches. What is this height expressed in yards?

I am a teacher
Go To First Skipped Question