Question 1 1. In relation to narrative hook techniques, when authors introduce a character, what do they do?

Question 2 2. There are several ways to write narrative hooks. One of the best ways is by keeping your reader curious. To achieve this the author must do what?

Question 3 3. What is a narrative hook?

Question 4 4. This painting draws the viewer's gaze towards the woman's face and away from her lap. This is because of the candle, which represents the use of _____ by the artist. 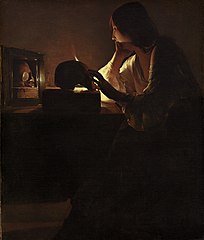 Question 5 5. In this image, the woman's umbrella seems very large. This is one example of _____ in visual media. 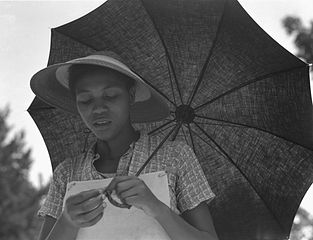 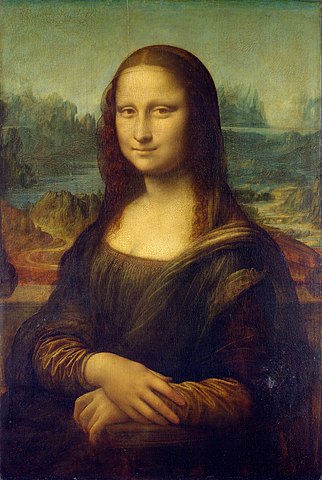 Question 7 7. Carlotta is a painter. She uses a specific shade of green in several of her paintings, which links them together. This is an example of the _____ of color.

Question 8 8. Monique is a graphic designer. In her latest web design, she has created a site where the various objects and links on the page are randomly distributed. This makes them look like they are arranged in a disorganized fashion. Monique is using _____ in her design.

Question 10 10. How does 'the element of surprise' function in storytelling?

Question 11 11. Which of the following devices is unique to visual storytelling, as opposed to text-driven storytelling?

Question 12 12. An advertiser uses different fonts and visual elements that intentionally conflict with each other. What are they using to provide the element of surprise in their visual storytelling?

Question 13 13. Destiny is creating an infographic that shows the varied vitamin content of myriad vegetables. Destiny's infographic is a single image that depicts the relationship between many different things. As such, it is a(n) _____ image.

Question 14 14. Beatrice is a painter. Her latest exhibit involves a series of paintings that show a child growing up. Each painting depicts a single moment in the child's life, and together they tell the story. Because Beatrice's paintings show a story across several images, they are an example of _____ images.

Question 15 15. Cranston has been asked by his boss to create a visual chart comparing the features of several different products. Because Cranston's boss is asking him to compare several different things on a single chart, Cranston is most likely to use a(n) _____ image.

Question 16 16. Which of the following statements is UNTRUE of traditional plot structure?

Question 17 17. Most generally speaking, what is the purpose of a plot built with a number of events?

Question 19 19. The _____ is the opposing force, working against the protagonist's desire for resolution.

Question 21 21. In a well-written story, we find ourselves _____ with the protagonist as he or she journeys through the plot.

Question 22 22. The falling action can be described as which of the following?

Question 23 23. The climax can be best described as which of the following?

Question 24 24. The rising action can be best described by which of the following:

Question 25 25. What is the purpose of strategies in relation to writing narrative hooks?

Question 27 27. Clint is telling a story to his daughter. He tells her about three little pigs and the big wolf that tries to blow down their house. The dislike between the pigs and the wolf is the _____ of the story, while the wolf being hungry and wanting to eat the little pigs is his _____.

Question 28 28. In discussing visual storytelling, what is meant by the fact that we live in a post-literate age?

Question 29 29. Jose is an advertising executive. His team has created a single image that shows a woman starting a race, running through wind and rain and snow, and then crossing the finish line. Because it is one image that shows an entire story, Jose's visual is a(n) _____ image.

Question 30 30. In the old legend of Tristan and Isolde, the two meet and fall in love. At one point, Tristan gains Isolde's hand in marriage - but it's for his king, not himself. When Isolde marries the king, things can not get much worse for the romantic couple. What act of a 3-part plot structure would this be considered?