Question 1 1. Which of the following is using an incorrect syntax for the SUMIF formula?

Question 2 2. If you have a list of numbers in cells B2 through B20 and you wanted the average of these numbers, what would be the formula?

Question 3 3. In order for the syntax to be correct, when writing a formula using the COUNTIF function, operators must have what symbol on both sides?

Question 4 4. If you had a cell reference C5, but in your formula you want C to stay constant and 5 to change, what would be the correct structure?

Question 5 5. What types of calculations can you perform using the SUM function?

Question 6 6. If you wanted to find the average price of transmissions sold, which formula would you be likely to use?

Question 7 7. Which of the following formulas would change the text TROUBLE to trouble?

Question 8 8. The following title is entered in A1: Firework. Which formula, entered into C4 will convert the text in A1 to capitalized letters?

Question 9 9. Which statement best describes the SUMIF function in Excel? 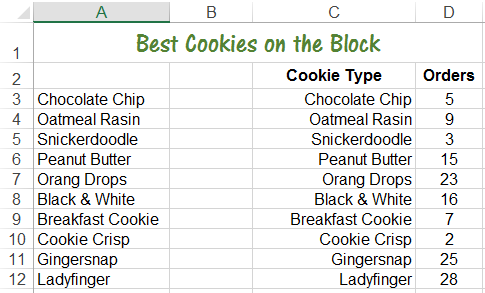 Question 11 11. You just imported data to Excel from an external database. Unfortunately, the data in your Excel spreadsheet has several characters you do not recognize and do not belong. Which formula would be the best to help you remove the odd characters?

Question 12 12. Which Excel formula would be best to use if you want to remove extra spaces?

Question 13 13. Which of the following answers best describes the Trim function in Excel?

Question 15 15. COUNT, SUM and AVERAGE are all examples of what element in a formula?

Question 16 16. If you wanted to add the cells A10 through A20 and then multiply that total by 5%, which formula below would be correct?

Question 17 17. If you wanted to look in a range and find the text 'peaches', then look in the range adjacent and total only the values where there is a match to peaches, what would be the formula?

Question 18 18. What does the term concatenate mean?

Question 20 20. You have a list of numbers in Column B, specifically, B3 through B25. You would like the average, if the number is below 10. Which formula would be best?

Question 21 21. What happens if you have empty cells in your range, when using the AVERAGE function in a formula?

Question 22 22. Imagine in cells A1 through A10 you have entered the text WIN into 5 of the cells. The other 5 are blank. At the bottom of the column, you enter the formula =COUNT(A1:A10). What value will the formula return?

Question 23 23. There are 4 major elements of a formula. Characters, Operators and Cell References are three of them. What is the fourth element of a formula?

Question 24 24. What answer best describes the calculation the following formula would perform? =COUNT(A1:A10)

Question 25 25. Which answers best demonstrates the use of the UPPER function in a formula?

Question 26 26. Which formula is an example of finding the smallest number in a range?

Question 27 27. Which formula is correct if you want to add the numbers in cells B3 and B4?

Question 29 29. There are three types of cell references. Relative and Mixed are two of them. What is the third?