The stage of human development known as adolescence occurs in the range from 10 to 21 years approximately. Define the developmental stage of adolescence and explore the different changes that occur during this stage, including physical, cognitive, and socio-emotional changes. Updated: 09/10/2021
Create an account

For most humans, adolescence begins around age 10 to 12 and concludes somewhere between 18 to 21 years of age. It is important to remember that age alone does not signify the beginning and end of adolescence, but rather achieving key developmental milestones indicates when a particular stage of development has begun or concluded.

While a variety of changes are taking place during adolescence, these changes can, for the most part, be classified within three major categories: 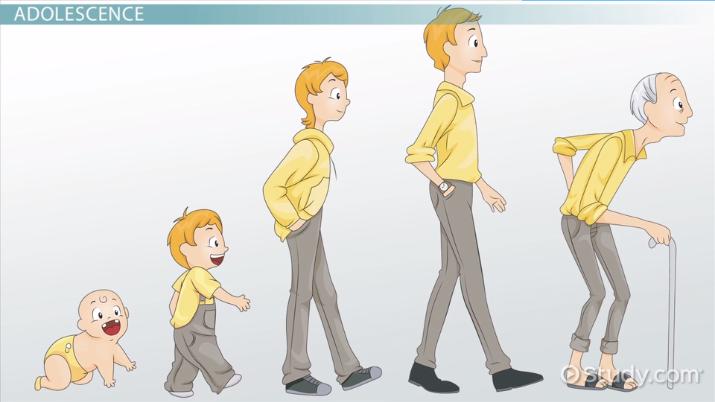 Coming up next: What Is Adolescence? - Definition, Stages & Characteristics

The onset of puberty marks the beginning of the significant physical changes that occur within the developmental stage of adolescence. Puberty encourages rapid physical growth and is triggered by the increased production of two hormones:

By the end of adolescence the body has, for the most part, undergone the changes needed to result in a fully functioning adult being including physical maturity and sexual development in both genders.

As mentioned, socio-emotional development is only one part of adolescence, but for many, it is the stage that has the greatest impact on their transition into adulthood. Environmental influences are particularly impactful during this stage. As adolescents begin to develop a sense of identity and take on new responsibility, they spend more time with peers and less time with their parents. Their choice in peers has a lot to do with their socio-emotional development.

Famed psychologist Erik Erickson suggested that adolescence, from a socio-emotional point of view, is characterized by the struggle of the individual to develop an internal sense of identity. He referred to this dilemma as identity versus identity confusion. Adolescents are often torn between hanging on to childhood and handling the responsibilities of adulthood.

As new adult experiences such as jobs, romantic relationships, and personal accountability begin to present themselves, adolescents begin to form their sense of who they are and how they fit into the world. According to Erikson, the ability or inability to resolve this conflict in adolescence is critical to proper fulfillment of this stage of development.

In general, adolescence is the stage of human development that typically begins as early as 10 years of age and concludes by 21 years of age. Adolescence is most often thought of as being comprised of distinct physical, cognitive, and socio-emotional stages:

It is important to remember that not all people will go through adolescence the same, but in general, adolescence is comprised of engagement in these key developmental milestones.

Changes in Cognitive Development During Adolescence

Stereotypes and Cultural Factors During Adolescence