Steph has a PhD in Entomology and teaches college biology and ecology.

Imagine there's only one slice of chocolate cake left. You're home alone and hungry. What do you do? Very likely, you'll eat it. But now suppose you're sharing the house with a precious, well-behaved child. Now it feels a bit wrong to eat that cake by yourself, right? You might give it to the kid, or at least share it.

This is part of the problem that insects solve using metamorphosis, which is the biological process by which an animal abruptly and dramatically changes form during its development. No more sharing! 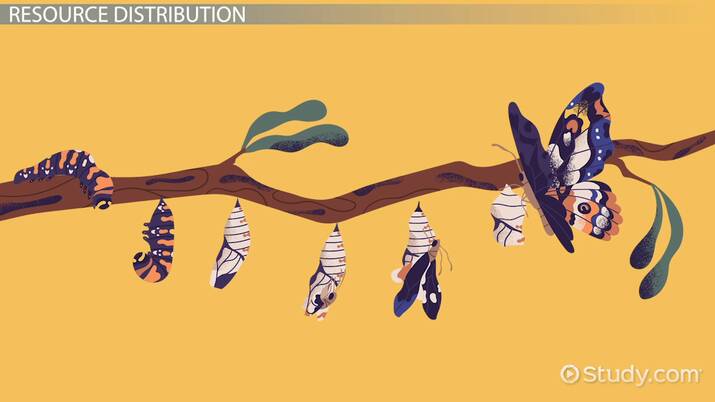 Coming up next: The Circadian Rhythm

It seems somewhat confusing, at first, that a natural process could develop something as radical as the transformation from a caterpillar to a butterfly. The answer to that line of thinking began before the mechanisms of evolution were even understood. English physician William Harvey suggested that caterpillars were escaped embryos… back in 1651!

Though Harvey was wrong about some things (for instance, he thought that a pupa was another kind of egg), more and more genetic evidence has amassed to suggest that larvae, like caterpillars and maggots, really are just insect embryos that have escaped their eggs.

Hexapods—six-legged critters very much like insects—appear to have evolved around 479 million years ago. Based on fossil records, it appears that metamorphosis is about 280 million years old. In Illinois, paleontologists have found an intermediate form—a fossil of a young insect that looks sort of like a larva and sort of like a grasshopper.

Scientists Lynn Riddiford and James Truman have suggested one of the most comprehensive descriptions of how metamorphosis could have evolved. They point to the pro-nymph, a stage in early holometabolous insects. Pro-nymphs look and act differently from later stages. Some insects complete their pro-nymph phase while still in the egg, but some remain pro-nymphs for a brief period after they hatch.

Riddiford and Truman suggest that maybe, at some point in the past, some pro-nymphs didn't fully absorb the yolk in their eggs. Rather than let it go to waste, they developed the ability to eat while still in the egg. It became useful for embryos like these to keep eating, and over time, these yolk-eating embryos became the caterpillars and maggots we know today.

Let's say you're an adult moth, the nice thing about a caterpillar is that it doesn't eat the same thing as you. Though Lepidoptera (the group of butterflies and moths), is a diverse group, many butterflies eat nectar and many caterpillars munch leaves, right? Therefore, unlike you and your cake-hungry child, butterflies don't have to share their resources with hungry babies. If you're a butterfly, you can have that cake-flower all to yourself.

Another advantage of holometabolous insects is that they can take advantage of resources that change with the seasons. Insects are very diverse, and some of them live for years and years, but most of them are pretty short-lived. So, a change of seasons can be a huge deal for an insect. Holometabolous insects can synchronize their growth with seasonal changes. For instance, monarch caterpillars (Danaus plexippus) colonize the northern parts of their range during the summer, but only adult monarch butterflies, with wings, migrate south in the fall.

Pupae are a pretty good way to overwinter, too. Many pupae have a hard shell to defend the insect against harsh climates, and some insects build a protective cocoon around their pupa. For instance, a swallowtail butterfly may be a hungry caterpillar all summer, overwinter as a pupa, and then emerge in spring to fly away as an adult. Since most pupae don't eat, being a pupa can be a good way to slow down during winter, when food is hard to find.

Jarmila Kukalova-Peck, who has been the world's foremost expert on wing evolution for decades, points out that some ancient insect fossils have juveniles with wings. But essentially, no modern insects get wings until they are adults. Why not have wings when you're a larva, just in case? Kukalova-Peck says that this is because it benefits juvenile insects to be more streamlined, while it benefits adults to be better able to disperse. Besides, wings tend to be thin and fragile, so when you molt (shed your skin), you're at risk for shredding them. Since insects stop molting when they become adults, waiting until adulthood to develop wings means that your wings are less likely to get damaged.

Metamorphosis likely evolved about 280 million years ago. The larval form of a holometabolous insect is believed to be most like an embryo that has ''escaped'' its egg.

Advantages of Metamorphosis for Insects Quiz

How the Government Uses Taxes & Subsidies

What is Cephalization? - Definition & Advantage

Succession in Freshwater and Terrestrial Ecosystems