Lesson Transcript
Instructor: Paula Jacoby-Garrett
Airborne diseases are spread through minute aerosolized particles or droplets in the air. Learn about them through a definition, an understanding of their various types and examples, as well as different ways on how the body fights them off. Updated: 11/18/2021
Create an account

What Are Airborne Diseases?

Airborne diseases are those caused by pathogens and transmitted through the air as very small or aerosolized particles. Disease-causing pathogens are organisms that spread from an infected person to another through coughing, talking, and sneezing - even breathing and laughing! According to the U.S. Centers for Disease Control, flu droplets can travel up to six feet away!

Smaller, lighter particles are suspended in the air longer than larger and heavier particles. The smaller the particle, the farther down in the respiratory tract that particle can travel. How long these organisms can survive outside the body depends on the type of organism and the conditions of the air, such as its humidity and temperature.

There are three main types of organisms that can cause airborne diseases, including viruses, bacteria, and fungi. Some examples of airborne diseases include the flu, tuberculosis, and valley fever. Chickenpox and the measles can also be caused by airborne pathogens. 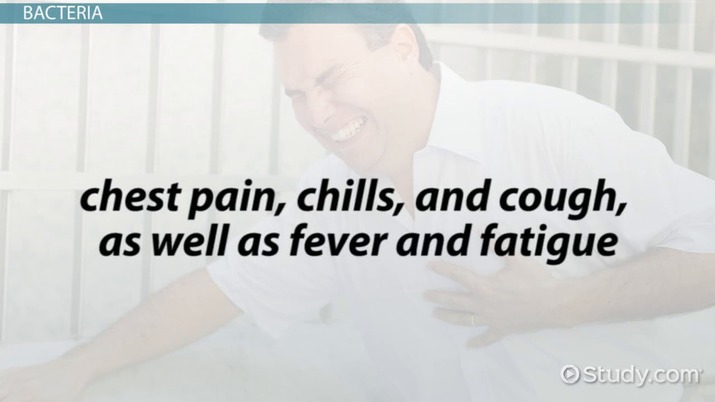 Try it now
Back
Coming up next: Gross Anatomy of the Urinary System

Seasonal flu, or influenza, is caused by a highly contagious, constantly changing virus and typically affects people in the winter months. The level of infection varies from the very mild to very serious, and in some cases, may even result in death. Symptoms of the flu include a runny nose, a sore throat, muscle aches, and fatigue.

A member of the coronavirus group, first discovered in 2003, causes severe acute respiratory distress or SARS, a potentially fatal type of pneumonia. This is the same type of virus responsible for the common cold; once its droplets land, they can remain alive for up to six hours. Approximately 2-10 days after exposure, individuals typically experience chills, cough, and fever; headaches and muscle aches are also symptoms of SARS.

The bacteria mycobacterium tuberculosis causes tuberculosis, or TB, which can be treated with prescription drugs. While it can infect any part of the body, it typically affects the lungs. In its latent form, the infected person carries, but shows no sign of disease. Latent TB can become infectious and passed onto others. Symptoms include chest pain, chills, and cough, as well as fever and fatigue.

Fungal spores inhaled into the lungs cause coccidioidomycosis, or valley fever. They're typically found in the deserts of the Southwestern United States, where spores can disperse into the air with construction dust. Some individuals can inhale the spores but never get the disease; those infected may recover on their own or with the help of an antifungal medication. Extreme cases of valley fever can be fatal.

Infection by organisms depends upon several factors, such as the type of organism and the age and health of the person with whom it comes in contact. When exposed, our body has different ways of fighting a disease. For example, nose hairs and nasal mucus help trap foreign particles, while a sneeze will expel them from the body.

If we do happen to swallow some particle-containing mucus, the organisms may not survive our digestive tracts. In the lungs, our immune system sends off fighter cells, called phagocytes, to kill the unwanted particles. In spite of these bodily defenses, older individuals, pregnant women, and young children may be especially susceptible to airborne diseases. Patients undergoing cancer treatment may be considered immunocompromised and have weakened immune systems.

Cover that cough and sneeze! Microscopic disease-causing organisms, such as viruses, bacteria, and fungi, can pass through the air, enter our respiratory tracts, and cause a variety of illnesses, especially smaller and lighter particles. Airborne diseases, such as viruses, can lead to a common cold, the flu, or SARS. Tuberculosis-causing bacteria may express themselves in both a latent and infectious form. Airborne spores found in the Southwestern deserts of the United States can cause valley fever.

Our bodies have strategies to fight off disease but sometimes our immune systems aren't strong enough and we get sick. Cancer patients who are immunocompromised, or have a weakened immune system, are more likely to suffer from airborne diseases.

Aerosol Types, Properties & Examples | What is an Aerosol?

History of Nigeria: Lesson for Kids

Properties of Soil: Lesson for Kids

Types of Roots: Lesson for Kids