In chemistry, amides are compounds that contain nitrogen atoms. Learn more about the definition, structure, and formation of amides, review the amide functional group and the three types of amides, and how to make an amide in the lab using carboxylic acid as the starting compound. Updated: 10/15/2021
Create an account

Tylenol is very common; it might be sitting in your medicine cabinet right now. Commonly used to relieve pain or reduce a fever, Tylenol is a well-known over-the-counter medicine. But did you know that its chemical structure is classified as a synthetic amide? Before we identify the amide present in Tylenol's chemical structure, let's learn more about the amide functional group.

Functional groups are very useful in organic chemistry. They provide us with the ability to recognize or identify a specific group of atoms, or part of a larger compound. Functional groups range from alkanes to alcohols and even our friend in today's lesson, amide. An amide is a functional group that contains a nitrogen atom and carbonyl group. As we will see, they can be derived from a different functional group called a carboxylic acid. 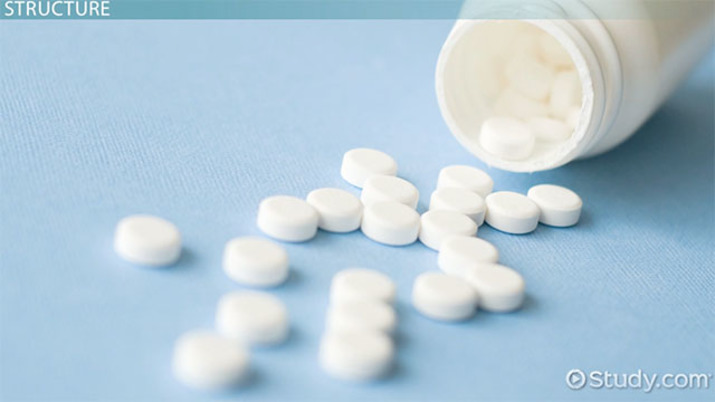 Coming up next: Copolymer: Structure & Properties

When you run into an amide, whether it's the structure or name, here are some points to keep in mind regarding nomenclature. Amides can be classified as three different types, according to naming: primary, secondary, or tertiary. Differences in these types depend on the location of the nitrogen atom attached to the carbon atom in a molecular chain. The naming of a primary amide requires you to drop the ending '-oic acid' or '-ic acid' and then add an '-amide.'

A secondary amide is named by adding an upper case N to let you know a nitrogen atom is attached to an alkyl group. An alkyl group is a type of hydrocarbon chain containing carbon and hydrogen atoms.

The structure of an amide is fairly easy to remember. Just know that a nitrogen atom must be present in an amide compound.

First, is the carbonyl group, which is a carbon atom double bonded to an oxygen atom. Second, is the amine group (circled in green), which is a nitrogen atom single bonded to R groups. Think of R groups as placeholders for other molecules or atoms to attach in a structure. Lastly, there is an amide linkage formed between the carbon and nitrogen atom. This linkage, which is a single bond, is also characteristic of the amide functional group.

Now that we know what an amide looks like, we can identify the amide group in the structure of Tylenol. The chemical name of Tylenol is paracetamol. Can you locate the amide group? It is the region of the compound where the nitrogen atom is attached to a carbonyl group. To test yourself, what type of amide is this? If you guessed that it is specifically a secondary amide, you're on a roll!

How do you make an amide? Well, there are different starting compounds you can use to create amides. These compounds can range from nitriles to acid anhydrides and amines. Rather than focus on all formations, we will look at one in particular using carboxylic acid as the starting compound.

We will briefly summarize the process it takes to make an amide. Carboxylic acid gets converted into an ammonium salt with the help of an amine. By heating this intermediate (the ammonium salt), it forms the desired product, an amide. Keep in mind that to be derived (i.e. made) from a carboxylic acid, the creation of this intermediate is very important. As we'll see, it is this step that leads us to the formation of our friend, amide.

Whether you are in the laboratory making amides from carboxylic acids or writing its structure, remember that you can easily identify an amide since it contains a nitrogen atom and carbonyl group. Amides are quite popular as a functional group, don't be surprised if you see an amide appear in drugs ranging from our local anesthetics to pain relievers.

Amides are functional groups classified by their distinct nitrogen atom and carbonyl group. There are three types of amides: primary, secondary, and tertiary amides. Differences in these types depend on the location of the nitrogen atom attached to the carbon atom in a molecular chain. The amide linkage consists of a single bond between the carbon atom in the carbonyl group and nitrogen atom. An amide can be synthesized from different starting compounds such as acid chlorides and nitriles. Specifically, the formation of amide from a carboxylic acid must involve the creation of an intermediate called an ammonium salt. Heating of this intermediate leads to the formation of an amide.

Nucleophile Overview & Examples | What is a Nucleophile?

Aldehyde Functional Group, Structure & Formula | What is an Aldehyde?