Definition of the Animalia Kingdom

What if I told you there was a creature that could be cut into tiny pieces, and not only would it survive, but each piece would regenerate into a new organism? Or a creature that has teeth that never stop growing and, if they don't get worn down, they will penetrate its brain. Or a tiny creature with barbed tentacles that can reach out to attack its prey. What if I also told you that these are not some alien creatures in a science fiction movie but, instead, living among us and are all members of the Animalia Kingdom? So, what were those mysterious critters? The first is a flatworm, the second is a beaver and the third is coral.

Before we delve into the Animalia Kingdom, let's briefly look at the other kingdoms so you have a basis for comparison. Here is a list of the five other kingdoms with one example organism (but there are many more that could go in each group). 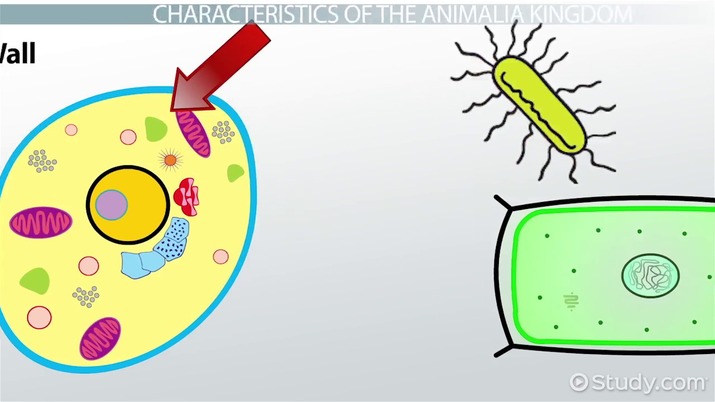 It's hard to imagine that a sponge attached to a rock and a lion are in the same kingdom, but they share certain characteristics that land them together. For instance, creatures in the Animalia Kingdom are:

The Animalia Kingdom has a myriad of diversely fascinating organisms. It might appear as though the flatworm and the peregrine falcon have nothing in common, but they share characteristics such as:

Kingdoms are grouped together based on similar characteristics and, like the flatworm and falcon, members of the Animalia Kingdom share the characteristics listed above. So, the next time you see a spider, an earthworm or a deer, realize you have more in common with these critters than you think!

Find out if you can achieve these objectives when you've studied this lesson on the Animalia Kingdom:

How to Order & Compare Numbers up to a Billion: Lesson for Kids

Animal Phyla Types & Characteristics | How Many Phyla Are There?