Many processes that science deals with are difficult to understand in their true, abstract form. That's why we sometimes use a scientific model, which is a simplification, substitute or representation of what is actually being studied. For instance, it is difficult to understand the movement of water as it expands, condenses and turns into vapor; however, the model of the water cycle is a simple image detailing the movement of water from clouds to rain to the ocean and back to clouds. This is much easier to understand.

Psychological research studies (and this is a short list) behaviors, emotions, thoughts, memories, decisions and more - all products of the human brain. But physically, do you know what we find in the brain? All that's in there are some neurons, some glia and a few other tissues. Where are the behaviors? Where are the emotions, thoughts, memories and decisions? It would be wonderful if you could crack someone's head open and find a physical memory, but sadly, the human brain doesn't work that way. 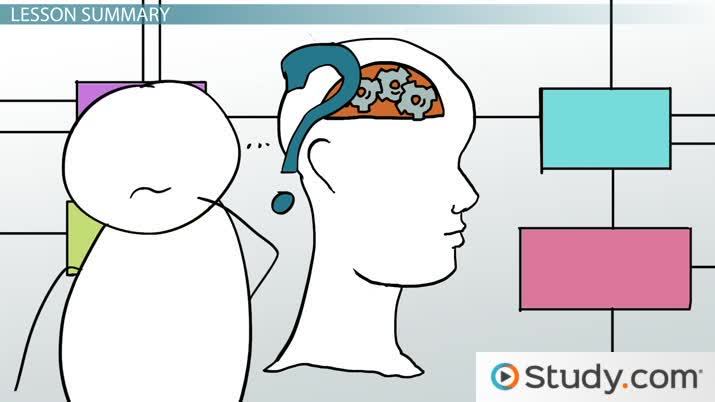 Try it now
Back
Coming up next: Psychological Research Tools: Observation, Measurement & Experimentation

Without a physical piece to work with, psychology must rely on models. This can be as abstract as a quantitative analysis involving 15,000 individuals across several continents or as personal as a case study involving a single person. Models of the human mind can be as broad as Freud's theory of the id, ego and superego or as specific as the mechanisms of converting working memory into long-term memory.

Psychological models can actually be anything and typically take the form of the most advanced piece of technology currently available. In Socrates' time, it was a chariot, with a brightly colored horse trying to lead you to good actions and a dark horse trying to lead you to bad decisions. In the days of behaviorism, the popular model was a switchboard, with stimuli popping into the communication jack and triggering a behavior. Can you guess what the model is today? If you guessed the computer, you're close. Today's model is actually the Internet.

The problem is when people forget that this is a model - the brain is not actually a computer or the Internet. Like a metaphor, models are just nicely packaged bits of information meant to help ease understanding; they are not literal descriptions of a process.

So, how do models lead to bad decisions? If someone misinterprets the purpose of the model and thinks this is how a mind or brain works, then they will make decisions based on bad information. Decisions made on poor models are as dangerous as making decisions on poor information.

One place that psychologically based decisions are made that can rely on bad models is the courtroom. As an example, consider a case where a witness swears that they saw the accused standing over the victim in a specific green shirt. The witness then goes on to make a statement that is challenged by an attorney, and the jury is asked to forget all of his testimony.

What are the bad models being used here? For one, there are many laypeople who assume memory works like a video recorder, taking in all of the details exactly as they happen. This is not true; memory is extremely malleable and subject to error, so the witness may have convinced himself of what he saw even if he really didn't. What other bad model of memory did you catch? Judges can instruct a jury to forget something they have just heard. Yes, I know I just said memory is malleable, but tell me, can you forget something that you just heard? Not likely, and it will be a factor in the final verdict, whether the court likes it or not.

We've heard about the problems with models, but what about the good they do? First and foremost, the best time to use a scientific model is to help someone understand something. The amount of research and complexity involved in the conversion of working memory to long-term memory or the complexity of the brain makes the use of models extremely helpful.

Decisions can be improved by converting complex ideas to models so that they can be examined from new and different angles. For instance, psychotherapy is a complex process involving thoughts, feelings and behaviors that need to be altered. This is most often done by meeting with a therapist who has been trained in various techniques. If these techniques can be presented in a model format, then they can be more easily taught to future therapists as well as deconstructed and rebuilt to allow for improvements and modifications.

Lastly, models can be used as a form of prediction. As an example, while psychology is still working to develop powerful techniques to predict future violence and re-offending in criminals, some models do exist. For instance, it is often the case that repeat offenders will continue to offend in the future. The model of the 'violent offender' can provide additional information. Violent offenders that plan out their actions and perform the actions are different than the violent offender that acts quickly and out of passion. Prisoners are often divided based on which model they most closely fit - for example, 'Serious Offenders,' 'Lifers' and 'Lesser Offenders.' These models help keep safety a high priority and allow for possible interventions for those who would benefit.

A scientific model is a simplification, substitute or representation of what is actually being studied or predicted. In psychological research, the focus is on ideas that lack physical substance and are often extremely complex in their entirety. To aid in understanding, the complex ideas are simplified and/or reduced to models. The models can provide aid to decisions by allowing a large number of ideas to be understood quickly and by allowing complex ideas to be reduced. Models can have a negative impact on the decision-making process when the models are misinterpreted as facts.

Following this lesson, you will have the ability to:

What is Web Technology? - Definition & Trends

What is Web Technology? - Definition & Trends