Diversity training teaches employees and management how to understand and respect differences among people. Explore the process of assessing the diversity training needs of an organization through internal and external audits. Updated: 01/24/2022
Create an account

Herbert is a CEO of a company. With all the news stories about organizations where harassment and discrimination is rampant, he's worried about his company's diversity. He wants to make sure that his employees feel safe at work and that everyone is being accepted. What should he do?

Herbert might want to think about diversity training, which is education to help employees within an organization understand and respect differences among people. Diversity training is usually given or organized by human resources in large companies, though some companies pay outside organizations to come in and provide the training.

Diversity training often focuses on differences between workers with regard to race, culture, religion, gender, sexual orientation, or gender identity, though it can focus on other areas of diversity. As such, it is an important part of creating a healthy work environment, avoiding potential legal issues regarding discrimination or harassment, and making companies more productive and competitive.

So could Herbert's company benefit from diversity training? To answer that question, Herbert will first want to do a diversity audit to see where the company currently is and what it needs to move forward. Let's help him out by looking at how this audit might be done. 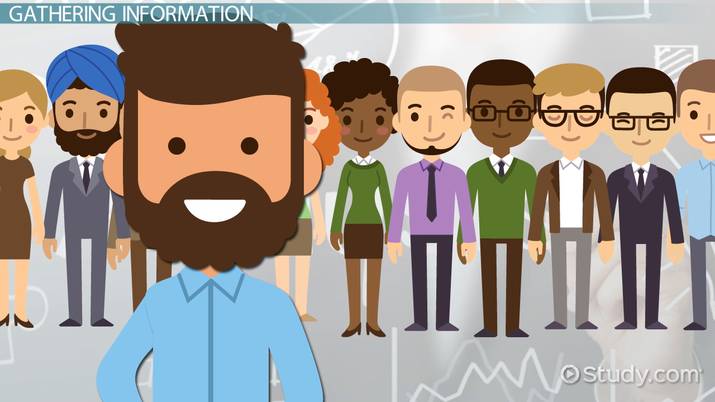 Herbert is ready to do a diversity audit in which he assesses his organization's need for diversity training. But he's not sure how to do that. Where does he even start?

The first step of the diversity audit is to identify the scope of the audit, which is basically just asking and answering the question, 'Why are we doing this audit?' Essentially, Herbert will be trying to figure out what has motivated the need to look at diversity within the organization.

There are many possible answers about the scope of the audit. An organization might be doing the audit to comply with laws and regulations. They might be doing it to receive contracts reserved for diverse companies. They might be looking at diversity training as a way to improve the company culture, including retaining current employees and boosting company-wide production. Perhaps they're thinking about diversity training due to public relations, to boost the company image.

The point is, there are many different ways to think about why a company might be thinking about diversity training, and the answers will determine whether the audit is done internally (that is, by people who work within the organization) or externally (that is, by people who work outside the organization). There are pros and cons to each of these.

Identifying the scope of the audit can drive the decision to do it internally or externally. For example, a company that is facing legal issues due to problems regarding discrimination and harassment might be best served by doing an external audit because objectivity will be paramount. On the other hand, someone like Herbert, who is doing the audit to improve company culture but with no looming legal or public relations threat, might choose to be more cost-efficient and do the audit internally.

After thinking about the scope of his audit, Herbert has decided that he's going to do an internal audit. But what's next? How can his company actually do the audit?

For example, suppose that Herbert's company only recruits from colleges whose students are mostly white and male. This is an organizational norm that might need to be examined. When looking at the company demographics, Herbert might find that this recruiting practice has led to the company being mostly white and male. If he wants to promote diversity, then, he might continue to recruit from those colleges but also recruit from other places, like colleges whose student bodies are more diverse.

Organizational attitudes should also be examined. These are the attitudes of both the company and its employees. This information could include things like the company mission statement, interviews or questionnaires from employees, or focus groups made up of employees. For example, perhaps Herbert wants to hear from some of his female employees about their experiences in the company. He might ask human resources to create a discussion group to discuss the way women in the company feel.

Once all that information is gathered, the last step in the audit is to sort through it and find the specific issues and areas for improvement. Every company can improve, and this is a good time for Herbert to see what types of diversity training his employees might benefit from.

Diversity training is education to help employees within an organization understand and respect differences among people, often focusing on race, culture, religion, gender, sexual orientation, or gender identity. A diversity audit assesses an organization's need for diversity training. It starts with identifying the scope of the audit, which can be motivated by laws and regulations, contracts for diverse companies, improving company culture, and/or public relations.

There are two types of information that are needed to be collected at this time. Organizational norms are rules and behaviors that are considered normal within the organization. Organizational attitudes are the attitudes of both the company and its employees. Finally, a company should sort through the information gathered and find the specific issues and areas for improvement.

What Is Diversity Training in the Workplace? - Definition & Importance

What are Physical Resources in Business?

How to Make Effective Business Decisions

Soft Skills for IT Professionals