This lesson examines the recent organizational change at General Motors. We will look at the government's role, what changes were implemented, and how these affect the way GM does business. Changes in production and management are examples.
Create an account

General Motors (GM) is a company that we all know. It's big, American, and historic. Founded in the early 1900s by William Durant in Flint, Michigan, we've come to know GM as the company that makes Chevrolet, GMC, Buick, and Cadillac vehicles. Even though it is one of the top companies in the world, GM has had its recent challenges.

In 2008, GM's profitability took a nosedive with the recession. In 2009, the company declared bankruptcy. The U.S. government then took over 60% control of GM, and taxpayers began bailing the company out of bankruptcy. The government got involved because if GM failed, the economic repercussions would be failure for many suppliers, distributors, employees, and communities. This was too much of a strain for a struggling U.S. economy.

By 2010, we said goodbye to the old GM, and it was time for the company to undergo an organizational change. General Motors Corporation became General Motors Company, and a new corporation was born. By 2014, the government's bailout of GM was complete. 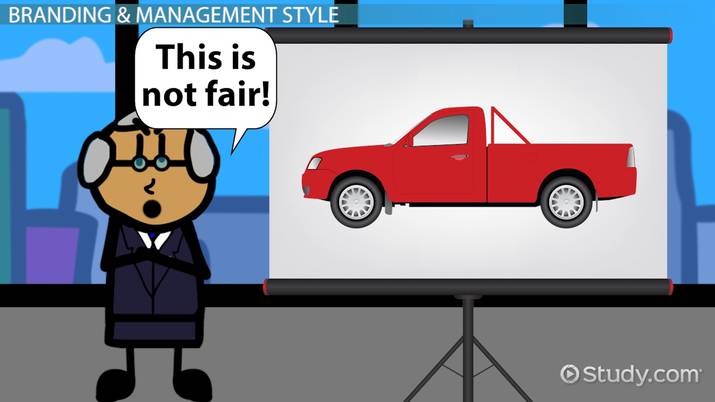 Coming up next: Business Case Study: Organizational Change at Cisco IT

Leadership at GM was resistant to change. With government intervention, GM was forced to undergo significant changes to survive. Eventually, the federal government wanted someone from the outside to come into the company and restructure it. Ed Whitacre, a leader in the telecommunications industry, was tasked with the job. These organizational changes were dramatic for a company that had never really needed to manage its assets efficiently.

Organizational change at any company can be tasking because it involves the transformation of a working philosophy. For GM, this was something that had been ingrained in its culture for many years. This type of change can involve changes in production, employee relations, branding, management style, and community interaction. For GM, it involved changes in all of these areas. Let's look at these changes.

With new leadership setting the priorities for GM, simplifying production and cutting costs were at the top of the list. GM reduced the number of models it made, which reduced its workforce. By cutting Saturn, Pontiac, Saab, and Hummer, the company focused on the simplification and advancement of its brand without spreading itself too thin. The company also tightened the job descriptions of managers, finding ways to increase accountability and responsibility. If something wasn't produced correctly, changes were made quickly.

GM had problems with morale during this pivotal time in its transformation. Whitacre set the tone for the company by beginning to involve employees in more decision making. He communicated directly with employees and expected other leaders in the company to do the same. Employees were asked to buy in to the new management style. In exchange, the company would establish more work/life balance options. The goal was to empower employees, which typically translates into increased creativity, efficiency, and productivity.

GM needed rebranding. The company began this by acknowledging its competition. It wasn't just competing with Ford anymore. Now, the company had to deal with new, global competitors like Toyota and Honda. GM started investing in new products and technologies to keep up with these international companies. At the same time, the company marketed its social investments, which included alternative fuels, improved gas mileage, eco-friendly vehicles, and other going-green initiatives. The company wanted to get customers' attention while exhibiting a new, flashier feel.

GM traditionally was focused almost entirely on its senior employees. Whitacre felt this generation was important, but he also wanted to hear from innovative, energetic youths. He hired them to help develop new products and technologies. He also wanted their energy and input. At the same time, he restructured GM's decision-making tree. Traditionally, decisions were made by leaders of departments. If Chevrolet wanted to create a new truck, the head of Chevrolet would fight for this without regard to what was best for the company. Each leader was worried about his/her section, not the overall company. Whitacre changed this. Now a board makes these decisions based on what's in the best interest of the entire company.

GM leadership began to reframe the company in the context of a community made up of customers and employees. To improve efficiency within the company, it would take loyalty from everyone with a vested interest in GM's success. All parties needed to be happy. In this case, happiness would lead to increased cash flow, which is exactly what GM needed to stay afloat and get out from under the government's control.

General Motors (GM) is a company known worldwide. It's powerful. Whether it's profitable can have a dynamic effect on the economy. As the recession set in during 2008, GM struggled. During this time, the federal government took 60% ownership in the company. This forced organizational change at the company, some of which was resisted.

GM's development was a lifesaving process for the company, and it started with new leadership. Changes took place in production, employee relations, branding, management style, and community interaction.

GM cut the number of models it produced. The company began involving employees in decision-making. And leadership began to show value to the GM community, which included both customers and employees. By the end of 2014, the government loans were repaid, and GM was once again left to manage the organizational changes it so desperately needed.

Establishing a Sense of Urgency in Kotter's Model: Definition & Explanation

Leadership in the McDonald's Organization

What is Job Satisfaction: Definition, Causes and Factors