Charles Darwin made immense contributions to the field of psychology. Learn about Darwin in this lesson, as well as the revolutionary impact he had on psychological research, theory, and practice.
Create an account

Charles Darwin's theories were controversial in his day because they centered on the idea that humans and animals shared a common evolution and ancestry. These theories were appalling to religious individuals, as they starkly contrasted with the theory of creationism from the Old Testament in the Torah and the Bible. Charles Darwin is known for his evolution by natural selection theory, commonly known as survival of the fittest. But his legacy reaches further than that. He also made major contributions to the field of psychology. 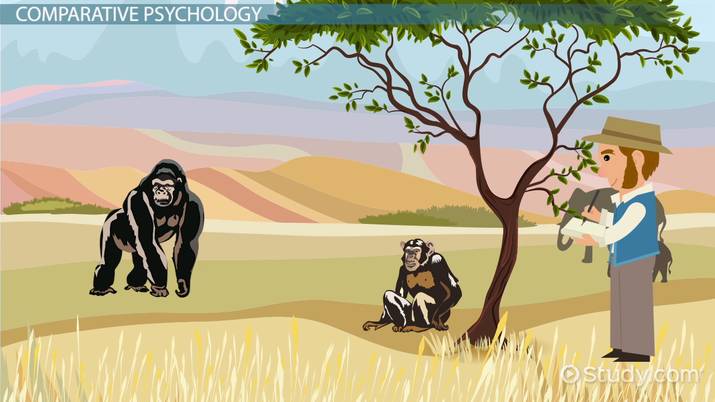 Charles Darwin developed the theories of natural and sexual selection. Natural selection is the mechanism by which the variants within a species that are most fit to survive in their environment triumph in the reproductive game against other species with less fit variants.

Sexual selection is a subset of natural selection. It is the mechanism by which the physical and psychological variants that are most fit, in terms of sexual fitness and attractiveness, triumph in the reproductive game against other species with less sexually desirable characteristics.

For a simple example, humans who are more attractive physically are more sexually appealing by nature and will find reproductive mates more easily. Scientific studies have shown that men with muscular tone and a little facial hair, for example, are more attractive to women because these features are associated with masculinity and strength. Darwin's sexual selection theory would say that men with these attributes might have a greater chance of finding a sexual mate and producing offspring, carrying on their genes to the next generation (survival of species).

Darwin revolutionized the way we think about animals. He claimed that we could learn more about human memory, behavior, instincts, and emotion if we only studied animals. If it wasn't for Darwin's conclusions that animals and humans share a lot in common biologically, comparative psychology may not exist today. Without comparative psychology, humans may not have gained the knowledge and information about human behavior that we have been able to gather by doing animal studies.

Comparative psychology is helpful because it allows us to:

Darwin actually observed his first-born son over a span of a few years to understand cognitive development, language development, and more. He produced the article A Biographical Sketch of an Infant in response to the information that he gathered while observing his son. This was one of the first English studies that was composed of repeated observations over a long period of time. So, we could say that Darwin was one of the pioneers of child psychology and development research.

Charles Darwin, best known for his survival of the fittest theory, was a major contributor to the field of psychology. Darwin's theories centered around humans and animals sharing similar biological factors and ancestral roots. This made him very controversial.

Darwin was also the inspiration for comparative psychology, or the study of animals to infer and draw conclusions on human behavior, memory, intelligence, and social interaction. Comparative psychology allows us to (1) compare similarities and differences between humans and animals and (2) draw conclusions on human behavior from observations of animals.

Darwin was the grandfather of evolutionary psychology , which attempts to determine which psychological traits, such as personality and perception of attractiveness, are evolved adaptations due to natural selection. He was also one of the pioneers for child development research and psychology. As part of his study into child development, Darwin published the article A Biographical Sketch of an Infant which was a study of his own son over several years.

History of Minorities in Psychology

The Influence of Animal Psychology on Behaviorism

Role of Women in Psychology through History