What Is a Cognitive Function?

Each cognitive function works to help you gather and process information, and they often work together in interrelated processes. Let's take a closer look at how all of these work in action. 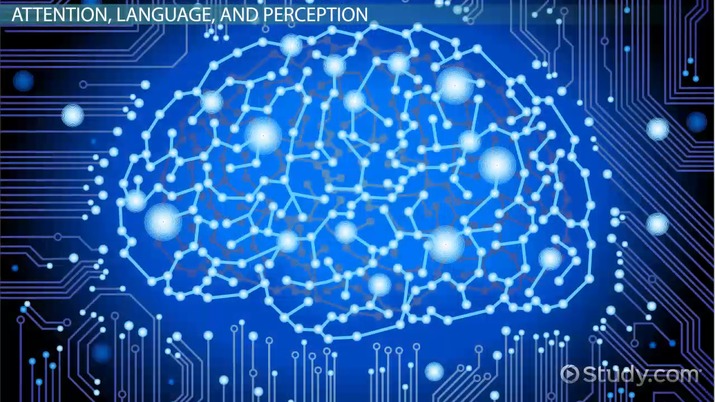 Coming up next: IRB: Institutional Review Board

Say that you are engaged in conversation with your mother over where you should eat for dinner. Your mother is providing you several reasons why it is better to eat at restaurant A. You, on the other hand, want to eat at restaurant B. As you discuss the pros and cons of each restaurant, you have to keep the comments your mother makes in your head. You also have to pull from your existing knowledge and create a counter argument to your mother's comments. This process involves your working memory. Working memory is the cognitive function whereby you keep information in mind to work on it and solve a particular problem. In this case, you are keeping information your mother tells you in mind, while simultaneously thinking about how you can use that information against your mother.

Although we can't see and measure how and where that information is stored in the brain, we still have been studying working memory for many years. In fact, a fairly complex theory for how it works exists. The basic theory of working memory suggests that there are several components of the working memory system that include a phonological loop for storing verbal content, a visual spatial sketch pad for storing visual information, and a central executive that oversees everything. Conceptualizing these elements helps us to see how memory works and the different underlying mental processes that occur when we engage in the cognitive function.

Likewise, language involves using speech expression and speech comprehension to communicate ideas. Language can also influence the way we think about things. If we look at different cultures and their use of language, we see that not having words for specific colors or numbers can change the way we perceive color and quantity. This illustrates an important concept about our cognitive functions - they interact and are connected. Language has the ability to influence the way we process information, while attention might influence the way we perceive something or even remember it. If we focus our attention on a particular element, we are more likely to remember it; in contrast, if we use divided attention, we are less likely to remember either of the items.

As previously mentioned, we can't exactly see how cognitive functions occur in the brain. However, we are still able to study them.

In traditional assessments cognitive psychologists use indirect behavioral responses to measure cognitive function. For example, in looking at attention, we might use reaction time or mistakes that are made to determine how closely someone is paying attention. Other experiments might track eye movements to determine what people are looking at and for how long.

Language assessments might include tests that examine how specific language changes thought or social interactions. Other assessments might test basic language abilities, like speech production or comprehension. Although we can't see how language is produced, we can see if someone is skilled at it or if it presents difficulty. This helps us determine overall capabilities and underlying mental processes.

However, there are some new techniques that allow us to spy on the brain and see the source of behavior. Neuroimaging techniques have become quite popular in the last few years. They have led to the creation of the field of cognitive neuroscience. This field has revolutionized cognitive psychology because unlike measuring indirect behaviors, it does allow us to see in the brain and measure brain changes that occur as we engage in different cognitive functions.

Neuroimaging can be used to examine many cognitive functions, including memory, attention, language, decision making, and problem solving. It is providing new ways to understand how the brain contributes to cognitive functions. In many cases, participants are asked to engage in a particular cognitive function while their brains are being scanned. In this way, psychologists can see changes that take place while engaging in the cognitive function.

So, to sum things up, cognitive functions are processes we use to gather and process information. They include:

State of Mind Concept & Examples | What are Cognitive States?

What is a Hallucination? - Definition, Causes & Types