European expansion in Central and South America involved exploitation for economic growth that had devastating consequences on native societies such as the Inca and the Aztecs. Explore the ruthless economic pursuits and religious justifications of the Spanish and Portuguese in establishing colonies in the New World. Updated: 11/03/2021
Create an account

In 1491, the Inca and the Aztec maintained control of large regions in Central and South America, while other smaller groups maintained control over the rest of the region. While the two larger empires were certainly not egalitarian, even the status of sacrificial slaves for the Aztec was respected and honored. After all, these were the people who were going to be killed in order to keep the sun shining. However, after the European arrival in the New World, all that changed. For starters, disease swept through every inch of society, killing off between 90% and 95% of the whole native population. Estimates are sketchy at best, but that's something like 25 million to 100 million people dead from diseases, like mumps and chickenpox.

It wasn't just disease, though. With the arrivals of the Spanish and Portuguese, new societal masters were now present. At the very top were those Europeans who had arrived from the Iberian Peninsula. Below them were American-born Europeans, and from there social standing was dependent on a dizzying array of castes that accounted for one's percentage of European, American, or African ancestry. At the very bottom were those unfortunate souls who managed to survive the initial onslaughts of disease. For them, already at the bottom of the social system, the best that could be hoped for was an easy task to do while acting as forced labor. With Native Americans working mainly in the mines, producing vast amounts of silver from places like Potosi in Peru, and Africans working on sugar plantations in Brazil and throughout the Caribbean, there was no shortage of work to be done. This system of forced work on large plantations was called the hacienda system, named after the haciendas, or plantations. 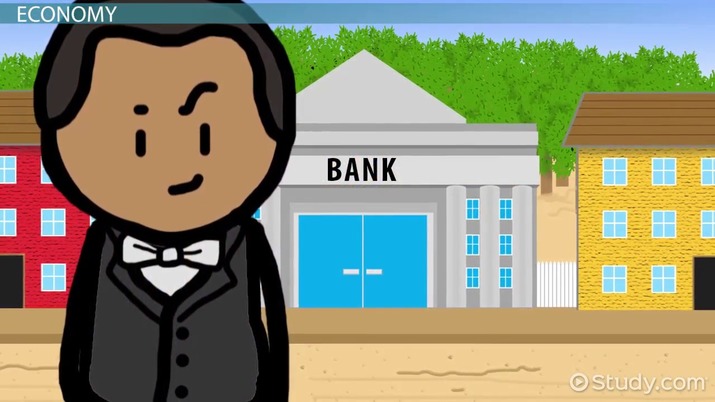 Coming up next: The Slave Trade in Africa

Between the mines and the haciendas, it is little wonder that the economic output of the New World was booming. The real boom happened when Magellan's expedition provided a sea route around the world in the 1520s. This provided the footwork for connecting the world into one giant economy. Spain mined enough silver to cause runaway inflation in China from the sheer amount of silks being purchased, while sugar was transformed from a treat for the super wealthy to something that members of the middle class would possess in their cupboards. However, this economic growth benefitted only those people at the very top of society. Forced laborers in mines or at the haciendas saw little benefit from their work. In fact, it was considered more cost efficient to simply buy new workers after their predecessors had died than actually care for their well-being in the first place.

With so many rich people, especially so many wealthy Spaniards, some of that wealth would ultimately have to return to Europe. As it all had to move by ship, this led to a rapid increase in incidents of piracy, especially against Spain and Portugal. As the ships of these nations often carried vast sums of treasure, they were easy targets for fast-moving pirate ships. Additionally, even though national navies remained minuscule during this period, some countries, especially England, started to grant permission for pirates to attack the merchant shipping of their enemies during war. These permissions, known as letters of marque, would lead to greater tension between the wealthiest powers in Europe, such as Portugal and Spain, and the up and coming powers, namely England, France, and Holland. Among the most famous of these so-called pirates was Francis Drake, who would be knighted by the English, but considered a criminal by the Spanish.

In order to justify their actions towards the natives, as well as further condemn the action of the pirates, the Spanish especially turned to religion to play a role in their actions in the New World. In fact, this began from the very first words said when a Spanish explorer encountered a new culture. The explorer would have a member of the clergy read the Requerimiento, a text written in very ornate Spanish that gave the natives the choice of either converting to Catholicism and living amongst the Spanish as almost equals, or of facing war and destruction.

As practically no natives present would have understood Spanish, much less the technical language of the document, this is obviously an attempt to justify later actions. Of special note is the fact that the Requerimiento demands adherence to Catholicism. By this time, many of the pirates attacking Spanish shipping were Protestants from Northwestern Europe, and therefore, deserved special mention to justify special punishment, namely execution.

In this lesson, we looked at the efforts of the Spanish and Portuguese to establish rule in Central and South America. We saw the huge impact on society that the arrival of the Europeans had on native cultures, most notably through the spread of disease. We talked about how the Spanish and the Portuguese set up very segmented societies, with pure-blood Europeans at the top, that discriminated heavily against people who weren't European. This was all done to serve a massive economy, built off the work of forced labor, but one that nonetheless produced massive amounts of silver and sugar. Such wealth attracted pirates, especially those urged to attack by Northwestern European countries, like England or Holland. Ultimately, the Spanish, especially, would use faith to justify their actions, both with respect to the Requerimiento and the execution of Protestant pirates.

As you complete this lesson, discover whether you can:

Portuguese and Spanish Empires: Growth in the New World & Asia