Bill has taught college undergraduate and MBA classes in finance, economics & management, 40 years of finance experience and has a MBA degree.

What Is Commercial Paper?

Commercial paper is short-term, unsecured promissory notes issued to raise cash based on the credit worthiness of the company issuing the paper. The paper is usually issued in notes of $100,000. There is presently over one trillion dollars of commercial paper in the market.

Commercial paper has slightly higher interest rates than bank loans, but the company has no registration requirements and the paper is sold to large institutional buyers, like large financial institutions, hedge funds, and multinational corporations. Since the paper is unsecured, the companies do not have to pledge accounts receivables and inventories as collateral, which they would have to do with a line of credit. It's also not insured by the FDIC. 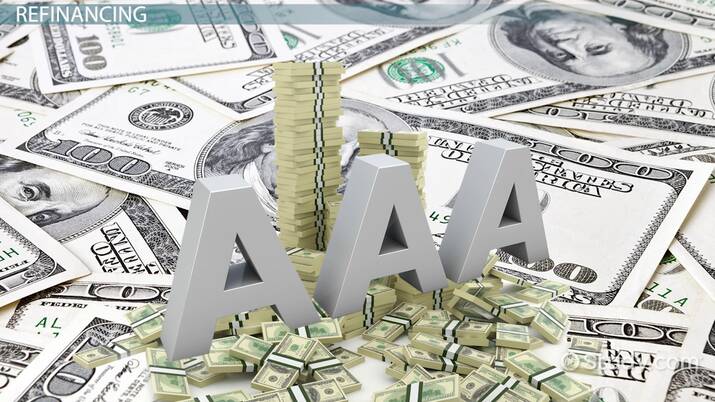 To be able to issue commercial paper, a company has to have the highest credit rating, either AAA or Aaa. Moody's, Standard & Poor's, and other rating agencies determine the credit rating of companies. Institutional investors buy the commercial paper solely on the credit worthiness of the company, with the understanding that the company will buy back the paper with interest at the maturity date.

Say ABC Corp is a large public company with a credit rating of AAA. It funds its cash needs through commercial paper and decides to issue paper for $200 million with a 4% interest rate and a 30-day maturity:

Investors will buy the paper because of ABC's credit rating, but ABC will have to pay $200.67 million to redeem the paper after the 30 days.

Commercial paper usually is issued with maturity dates between 30 days and 270 days. That means that the company has to pay back the money borrowed within a very short period of time. However, most companies who are using commercial paper regularly will just issue new commercial paper to raise the money to retire maturing paper. It can do this as long as its credit rating stays good.

Large companies with AAA or Aaa credit ratings can use this market to efficiently finance their working capital needs. The market is readily available to use, and they do not have to spend time trying to negotiate additional short-term borrowing from banks.

Lehman Brothers, a major investment bank, got into trouble in the recession of 2008 because it had bought several mortgage companies that had portfolios of poor mortgages. These mortgages started to default, causing significant losses and write-offs to Lehman Brothers. Their credit rating was put on hold, so they had to buy back billions of dollars of outstanding commercial paper. This eventually led to Lehman declaring bankruptcy and its sale to other companies.

The consequences of a deteriorating credit rating or defaulting on commercial paper are dire and drastic. The company's stock price will drop significantly, losing much of the market value of the company. The investment value of any issued bonds will also drop, making it more expensive for the company to issue new bonds. Default could realistically result in the bankruptcy of the company.

Commercial paper are short-term promissory notes issued by large public companies with credit ratings of AAA or Aaa. They sell the commercial paper to institutional buyers, such as large financial institutions, hedge funds, and large multinational companies. Offerings are usually denominated in notes of $100,000, which makes commercial paper unavailable to most individual investors.

The advantage of using commercial paper is that it can be readily available and doesn't require any registration or negotiation. The market is large at over one trillion dollars, and there are ready buyers as long as a company has a high credit rating.

The History of Capital Markets

Finding & Interpreting the Expected Value of a Continuous Random Variable

How the Economic and Legal Environment Affects Business

What is International Transfer Pricing?

Error vs. Fraud in Financial Reporting

Risk Sharing Strategies & Overview | What is the Purpose of Risk Sharing?