Behavior therapy is a form of treatment that aims to change a patient's behavior away from harmful or addictive tendencies. Learn more about behavior therapy and its three main approaches: conditioning, counterconditioning and desensitization. Updated: 09/24/2021
Create an account

There are many ways to treat psychological illness, including drug and alcohol addiction. Medication, psychoanalysis and other treatments are often used to address mental health disorders. One such treatment is behavioral therapy, which seeks to change a patient's behaviors. 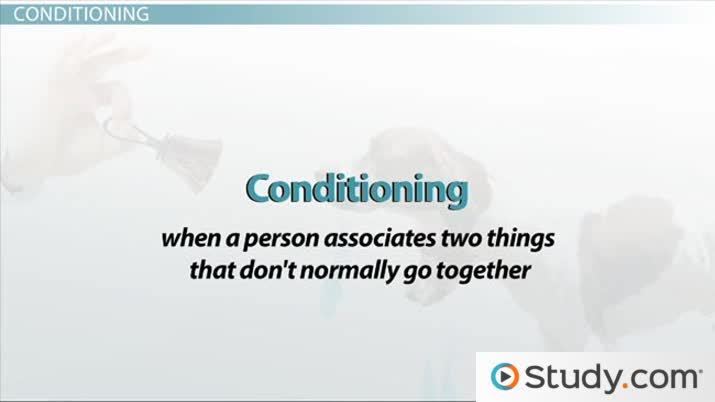 Try it now
Back
Coming up next: Assessing the Behavioral/Learning Model in Psychotherapy

The theory behind behavioral therapy is that most people learn to associate certain behaviors with rewards, which leads them to continue with the behavior. For example, if a person steals money and gets away with it, they are more likely to steal again. After all, their action (stealing) led to a reward (keeping the money and not getting punished).

Behavioral theory started with a scientist named Ivan Pavlov, who did a famous experiment with dogs. Whenever he fed the dogs, he rang a bell. After a while, the dogs learned to associate the ringing of the bell with food. When the bell rang, they started to salivate, even if there wasn't any food around! When a person associates two things that don't normally go together, it is called conditioning. A bell is not an intuitive thing to associate with food, but Pavlov's dogs were conditioned to put the two together.

So what does this have to do with therapy? Let's go back to Kylie for a moment. She's got an alcohol and drug problem. Conditioning might explain why she behaves the way she does. For example, perhaps her mother never showed Kylie any love or attention except when her mother was drinking or taking pills. Kylie became conditioned to associate love and attention with drugs and alcohol, and that's why she abuses those substances.

If someone learns something through conditioning, is that it? Are they doomed to forever associate those two things? Or can you undo conditioning somehow? Back in the early 20th century, a psychologist named John B. Watson did an experiment where he proved that intense fears, like phobias, can be learned, or conditioned. But knowing that wasn't enough for his student Mary Cover Jones, who decided to see if the idea of conditioning could be used to help cure phobias, too.

Jones worked with a little boy named Peter, who had a phobia of rabbits. She showed him a rabbit, and he panicked. But Jones offered him his favorite food and as he ate the food, he calmed down. She gradually moved the rabbit closer and closer to Peter, giving him more food as she did so. Slowly, Peter began to associate the rabbit with his favorite food. He no longer feared rabbits.

When someone learns to change their behavior to a more positive one based on conditioning, it is called counterconditioning. As we've seen with Peter, counterconditioning is particularly helpful with phobias and other anxieties. But it can also be used to treat other mental illnesses.

Remember Kylie? She has a bad behavior (drinking and taking drugs) that her psychologist wants to change to a positive behavior (staying sober). He might work to countercondition Kylie by offering her a reward for staying sober. This reward might be her favorite food, or it could be something like a fun night out without alcohol or praise on a job well done. Even sex with her husband could be a reward that is offered for staying sober!

One of the more common types of counterconditioning used in behavioral therapy is called desensitization. Desensitization is counterconditioning by using relaxation as the reward, instead of food or some other benefit. Desensitization is used mainly with people who are anxious about a specific thing or situation. When a person feels anxiety, they feel jumpy. Their heart races and they begin to sweat. All of their muscles are tensed and ready to fight or flee.

A behavioral therapist might ask the person to close her eyes and think about the cause of her fear. For example, if someone is scared of heights, the therapist might ask her to visualize standing on the edge of a tall building, looking down over the city. While the patient is visualizing the source of her anxiety, she is asked to relax her body using meditation or another type of coping technique. Because her body is relaxed while she's thinking about heights, she begins to associate heights with relaxation instead of anxiety.

Eventually, the patient might be asked to try desensitization in the presence of the source of anxiety, instead of just imagining it. For example, the person afraid of heights might be taken up on the roof of a building and asked to relax her body. Desensitization has a high rate of success with phobias and other specific anxieties. Because patients associate the source of their anxiety with relaxation instead of tension, they gradually lose the feelings of fear.

Behavioral therapy involves treating psychological disorders by teaching patients to change their behavior patterns. There are three major tools that behavioral psychologists use in treatment. The theory of conditioning helps uncover how the behaviors were learned in the first place. Counterconditioning retrains the patient through positive associations and desensitization, a specific type of counterconditioning, treats anxiety through conditioning of the source of anxiety with relaxation techniques.