Lindsey has taught a variety of English courses in both secondary and post-secondary classrooms, and has a master's degree in Rhetoric.

This lesson helps you decipher pieces of contemporary American literature by looking at famous examples from some of the greatest authors of the time.
Create an account

The Quest for Identity

In the contemporary period, there is a marked shift from stories that showed realistic events and situations to portraying the inner experiences and sometimes irrational psychology of human beings. To become experts at deciphering contemporary literature, we need to understand two main qualities that mark this shift: the quest for identity and Expressionism. We will explore famous examples of these elements and also become familiar with key literary devices that are often used in the process, including the use of rhythm and juxtaposition.

The first thing you should know about American contemporary literature is that, unlike classical dramas where the hero goes on a quest for some object or symbol out in the world, with American contemporary literature, the main characters are on a quest for identity. They are searching for who they are and struggling to find their place in the modern world. This quest to find one's self is often a lonely one, where the main character feels out of place, isolated, or misunderstood in society.

In Ralph Ellison's The Invisible Man, for example, the main character considers himself invisible because people constantly view him through a lens of racial prejudice. Arthur Miller's Death of a Salesman shows the trials of Willy Loman, as he feels lost and left behind in a seemingly never-ending quest to buy more.

But probably the most classic example of a hero on a quest to find himself is Holden Caulfield from J.D. Salinger's Catcher in the Rye. He is isolated from mainstream culture and feels misunderstood by most people. He can be compared to other rebellious social outcasts like James Dean, Donnie Darko, or Max Fisher from Rushmore. Holden Caulfield isn't interested in growing up and getting a good job, playing golf, or climbing any social ladders, and he's sick of what he calls the 'bastards' and 'phonies' who are into that kind of stuff. He even feels alone around his peers most of the time.

Take, for example, his line about smoking: At the end of the first act we went out with all the other jerks for a cigarette. What a deal that was. You never saw so many phonies in all your life, everybody smoking their ears off and talking about the play so that everybody could hear and know how sharp they were. As you can tell, pretty much everyone and their mother is a 'phony jerk' for Holden. His alienation from society is clear, as he can be super crude and socially inappropriate, constantly flirting with older women, drinking alcohol underage, and swearing. But what really stands out with Holden Caulfield is the honesty in his voice as he talks openly about his internal struggle to find his place in what he sees as a world of jerks. 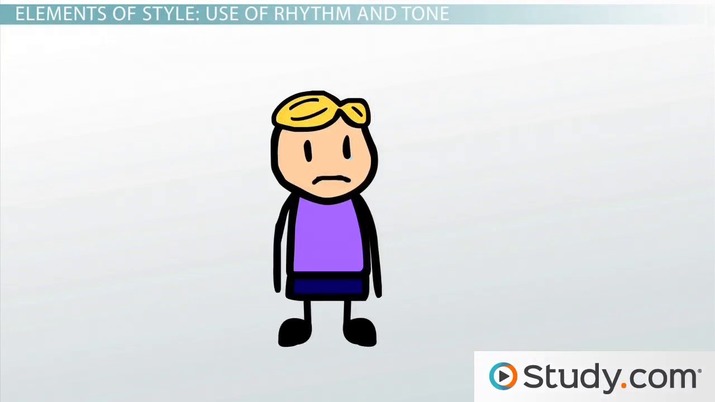 Coming up next: Tennessee Williams: Biography, Works, and Style

Making personal psychological experience visible to the reader is another major element of contemporary literature, a trend known in literary circles as Expressionism. The idea here is to bring internal feelings and experiences to the surface, and a character's inner life is just as important, if not more important, than the external events taking place. Expressionism is the attempt to show the character's inner struggles, and writers in the contemporary period will illustrate the character's state of mind as often as possible.

For example, Holden Caulfield comments, When I really worry about something, I don't just fool around. I even have to go to the bathroom when I worry about something. Only, I don't go. I'm too worried to go. I don't want to interrupt my worrying to go. Here we see Holden's thoughts come to the surface, and as he works to find himself, he takes us on this journey exploring his inner thoughts. So you can see how if characters are on a quest for identity, Expressionism is a crucial element for this literature, as it allows authors to take unseen inner experiences and make them visible.

Elements of Style: Use of Rhythm and Tone

This expression of emotional experience can take place not only in what is said but also in the rhythm that flows from the words being said. You might think about it like music. When you listen to a song, you can get an idea of the emotional state of the artist just by listening to the rhythm and tone - not even knowing what the words mean.

You can hear the use of rhythm and tone in The Death of a Salesman in the description of Willy Loman's experience: Sh! He turns around as if to find his way; sounds, faces, voices, seem to be swarming in upon him and he flicks at them, crying, Sh! Sh! From the fast and repeating sounds of these words, you get a feeling of urgency and also a sense that Willy might be having some anxiety.

Another great example of rhythm and tone is Sandra Cisneros' House on Mango Street. Here, the main character Esperanza comments, All brown all around, we are safe. But watch us drive into a neighborhood of another color and our knees go shakity-shake and our car windows get rolled up tight and our eyes look straight. The sound of the words 'All brown all around' creates a calming rhythm as the vowel sounds resonate off each other and flow slowly. We can hear the sounds change with the words 'knees go shakity-shake ... and our eyes look straight.' As the words become clipped and repeat the sound of the sharp consonants, the rhythm and tone shifts, and this helps communicate the discomfort Esperanza feels while driving in a different neighborhood.

As we have seen in the contemporary period, there is a definite shift from accurately portraying events in the physical world to accurately portraying the inner reality of humans. The goal of showing internal, psychological reality actually pushes aside the need to accurately show events, and writers can get super creative when it comes to how they show the inner workings of the human mind. In order to show the complexity of human experience, writers will blend and mix up events out of order, juxtaposing images from different times or spaces together, in order to create a sense or feeling. The term juxtaposition means placing images that normally aren't seen together, together, and the clash between these images highlights their differences.

You will see writers like Tennessee Williams and Ralph Ellison using juxtaposition and messing with the laws of physics by blending the past with the present. But the most classic example of juxtaposition is Arthur Miller's Death of a Salesman. In this play, the main character, Willy Loman, is often confronted with people and sounds from his past in his day-to-day life. For example, Willy will be having a regular conversation with his wife Linda about his day at work, and then randomly you'll hear the sound of a woman laughing and talking to Willy - a woman, it turns out, with whom he previously had an affair. This laughter can seem really odd and out of place, and it will only make sense if you remember this would never happen in reality, but it gives us a sense of how Willy is feeling - in this case, guilty and embarrassed. In this scene, Willy's discomfort and guilt is highlighted by putting the two images together, and the tension in dealing with them at the same time is felt.

So to sum up, contemporary literature often involves characters, like Holden Caulfield, who are on a quest for identity as they struggle to deal with the social pressures of the time. In order to show this search for self, character's internal emotional experiences are turned outward in a process called Expressionism. Much like a song, the internal emotional state of a person is communicated not only by the meanings of the words but also by the rhythm and the sounds of the words together. Finally, storylines may be out of order, having events juxtaposed, mixed up, or combined just to show an emotional state.

The Contemporary Period in American Literature

Jack Kerouac: On the Road and Other Works

Fact vs. Persuasion vs. Informed Opinion in Nonfiction