This lesson explores, with the help of two examples, the basic idea of what a correlation is, the general purpose of using correlational research, and how a researcher might use it in a study. Updated: 11/27/2019
Create an account

Your brain can do some really cool things. For instance, you learn that a particular jingle means the ice cream trucks are nearby. The louder the jingle, the closer it is. And if you were lucky enough to have several types of ice cream trucks, you will recognize which jingle goes with which ice cream truck.

This is kind of a silly example, but it's an example of how you naturally correlate one event with another. A correlation is simply defined as a relationship between two variables. The whole purpose of using correlations in research is to figure out which variables are connected. I'm also going to start referring to the things as variables; it's a more scientific name. This simple definition is the basis of several statistical tests that result in a correlation coefficient, defined as a numerical representation of the strength and direction of a relationship.

Correlation research is looking for variables that seem to interact with each other, so that when you can see one changing, you have an idea of how the other will change. This often entails the researcher using variables that they can't control. For example, a researcher may be interested in studying the preference for ice cream based on age. If we cannot assign age, does that mean we have to scrap the whole correlation? Nope! 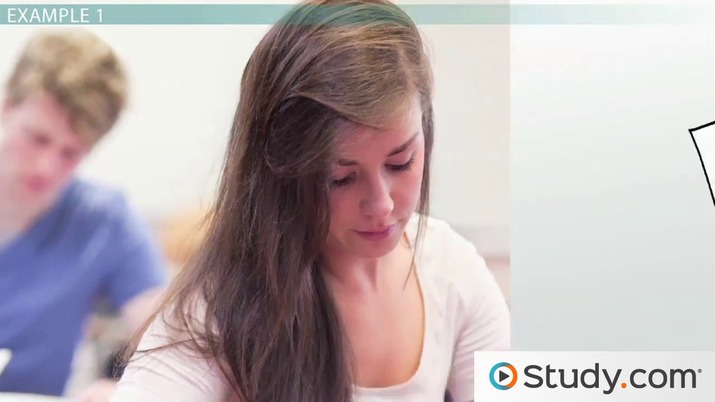 Coming up next: The Relationship Between Variables: Correlation Coefficient & Scatterplots

When looking for correlations, a researcher will look for patterns - what they have seen happen again and again. A simple pattern known to every teacher, but unfortunately not every student, is the link between studying and grades. The studious student who studies is more likely to score a higher score on their test. Students who don't study much are less likely to score as high as those who do.

You may be sitting there doubting what I've said because you've taken tests before where you didn't study and did just fine. And, there are others who do study and still don't get good grades. This is because there isn't a perfect correlation, or a perfect 1:1 relationship, between the items. There is just too much going on in the real world for this to be a perfect connection. Things like personal talents, distractions, familiarity with the subject and brain stuff make everyone a little different.

This interference in a correlation is known as an extraneous variable, which is simply defined as a variable that is influencing the study. They are something to watch out for when you're looking at correlations because nothing in the math or experiment will say, 'Here it is; this is messing up your experiment.'

Following your completion of this lesson, you'll be able to:

How to Interpret Correlations in Research Results

Carryover Effects & How They Can Be Controlled Through Counterbalancing

How to Apply Continuous Probability Concepts to Problem Solving

Social Development of Adults: Self Concept

The Major Sections of a Research Study According to APA

How to Determine Sample Size