Crimes against morality are crimes that are considered to not have a victim when consenting adults are involved. Explore the definition and examples of crimes against morality, including prostitution, bigamy, pornography, illegal gambling, and use of controlled substances. Updated: 10/08/2021
Create an account

Crimes against morality are a category of crime that is considered victimless because there is no specific victim, especially when committed against consenting adults. Morality is defined as a descriptive account of social and personal values about the ways people in society should behave. This type of crime generally offends those values, or 'code of conduct.' This type of crime includes prostitution, bigamy, pornography, illegal gambling and illegal drug use.

As a result of shifts in moral perceptions of what is appropriate and inappropriate behavior over the years, the United States has seen an increase in the legislation and regulation of crimes against morality. 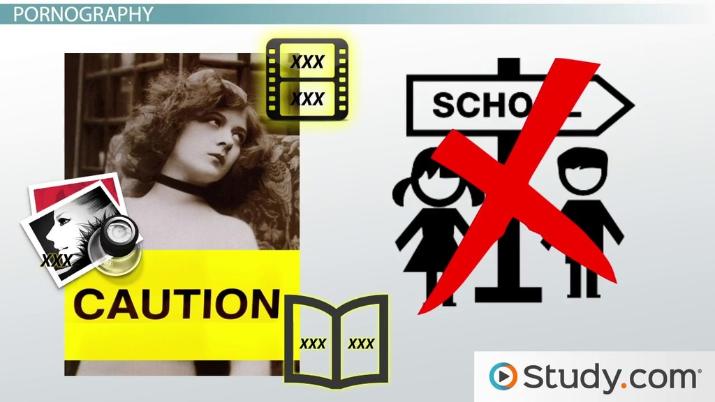 Try it now
Back
Coming up next: What Is White Collar Crime? - Definition, Statistics & Examples

Prostitution is a crime of moral turpitude that involves the buying or selling of sex for profit. Prostitution includes soliciting for sexual acts and compelling another to complete sexual acts for money. This criminal act is punishable in most states by jail time. The focus of criminal law has increasingly thought of prostitution as not respectable, illegal and immoral.

Pornography is sex-related material designed to sexually arouse the person looking at it. These materials can be movies, pictures or magazines. Not all types of pornography are illegal, and in fact, many forms of it are protected by our First Amendment right to freedom of speech. Pornography loses this protection when it becomes obscene or child-related. Possession, creation or sale of pornography that is obscene or child-related is a crime against morality.

Criminal pornography that is obscene lacks serious literary, artistic, political or scientific value. This definition may vary state-to-state because what some citizens in California may consider obscene or not obscene may not be the same as what citizens in Iowa think. Therefore, the laws may vary.

Child-related pornography is any photograph, film or computer-generated image that shows a minor, or someone under the age of 18, engaged in sexually explicit conduct. These laws do not vary state-to-state and are very strict. The crimes against morality of obscene or child-related pornography are punishable with a prison sanction.

Illegal drugs are substances that have been deemed illegal by the federal government due to their lack of medicinal value. Illegal drugs are considered a crime against morality due to the potential harm to the user and his family. Additionally, certain drugs are legal due to medicinal value, but it is illegal to possess them without a prescription from a doctor. These drugs are not only considered a crime against morality due to the effects previously stated but also because they tend to go hand-in-hand with higher crime rates.

Most types of crimes against morality involve a prison sanction as a punishment to the offender.

When you complete the lesson, you should be able to do the following:

Who is a Victim of White Collar Crime?

What is Right Realism in Criminology?

Who is a Victim of White Collar Crime?

What is Right Realism in Criminology?