Gaines has a Master of Science in Education with a focus in counseling.

Cultural deviance theory seeks to explain criminal activity by focusing on the community in which crime occurs rather than the individual lawbreaker. Meet the proponents of this theory and learn about its strengths and weaknesses. Updated: 01/05/2022
Create an account

Charlene moved her family to the city in response to the death of her husband. She had been the one who took care of the home, and he had worked for other's in their farming community. When he died, the only way she could afford to live was for her to take a job as a maid in the city and move to a low-income area.

The neighborhood she moved to had once been predominantly filled with working class white families; however, over the years the neighborhood demographic shifted, and by the time Charlene moved in, most of the families and residents were African American, and the housing costs in the area declined dramatically. Unfortunately, the neighborhood and surrounding area had always had a high crime rate and still did.

Charlene wondered, as she walked to work one day, if the crime was because of the people who lived there or the neighborhood itself. 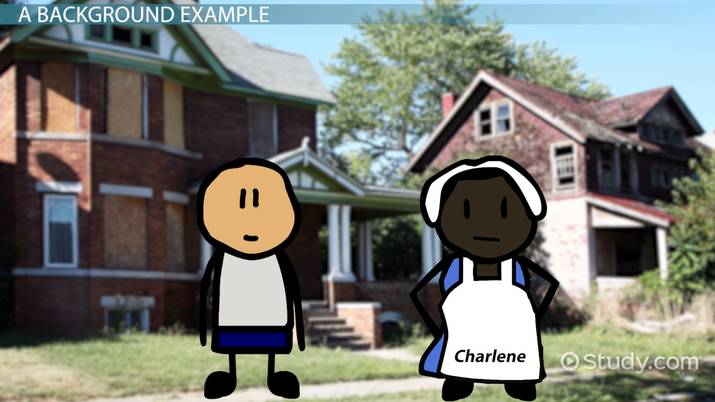 Coming up next: Women, Race and Class by Angela Davis: Summary

In the 1930s, Shaw and McKay were tasked by the Illinois Institute on Juvenile Research to determine causes of crime in Chicago neighborhoods. Starting with a circle in the city's center, they drew concentric circles surrounding that which extended to the most distant suburbs.

Then they drew in the areas of highest crime in the Chicago area. They determined that the first circle out from the center contained the highest incidence of crime and that crime statistics in this region were relatively stable over time. They determined from this data that the area, and the disorganization of the neighborhoods within the area, were more responsible for the incidence of crime than any deviant individuals.

Since Shaw and McKay, sociologists have named the areas within the concentric circles. From the center out they are the:

The area with the highest rate of crime, generally, is the transitional zone. This is the zone just outside the city, far away from the wealthier neighborhoods outside the city.

The theorists realized that regardless of ethnicity within this zone, crime rates stayed high. This is the area with the highest ethnic diversity, lowest economic status, and the highest incidence of unstable families. This also corresponded to lower educational achievement and highest rates of generalized delinquency (anything from petty theft to murder). The theory proposes that lower class society develops different values and beliefs which are at odds with conventional social norms, causing crimes. In this sense, criminality is a way of being a part of this class.

Problems with the Theory

As with any theory, not all issues have been taken into consideration in the cultural deviance theory. Some issues other sociologists have found with this theory include:

These are just some of the issues sociologists have found with the theory. The move within sociology of late has been to focus more on social structures rather than location.

Clifford Shaw and Henry McKay developed a theory that has been called both social disorganization theory and cultural deviance theory, which states that the individual isn't responsible for their deviance as much as the community within which the reside. The main idea is that there are areas within a population from which deviance arises, and crime rates are stable despite ethnic changes within the neighborhood.

Shaw and McKay used concentric modeling to determine that there were five zones - business, transitional, working-class, residential, commuter - that make up a city. The transitional zone, which is the zone just outside the city, far away from the wealthier neighborhoods outside the city, has the highest rate of crime. The theory has come under some fire by critics because of its reliance on locations, lack of focus on social structures, and locus of application.