Throughout history, the Islamic world remained a unified force despite political splintering. In this lesson, examine the roles that culture, language, trade, and religion have played in connecting the wider Islamic world. Updated: 10/28/2021
Create an account

Culture in the Islamic World

By 1100, from Java and Sumatra in the east to Marrakesh and Dakar in the west, the Islamic world was the largest collection of unified territories that the world had ever seen. There was just one minor problem: it wasn't so unified. Sure, Islam was practiced across this vast area, but there were huge gaps of political rule. African, Arab, Turkic, Persian, Indonesian, and even Chinese rulers claimed to have some political power in Islam, but the reality is that Islam as a worldwide political force had ceased to exist some time before.

However, Islam remained strong and unified as a cultural force. In this lesson, we will discuss three of the most unifying aspects of Islamic culture: language, trade, and religion. 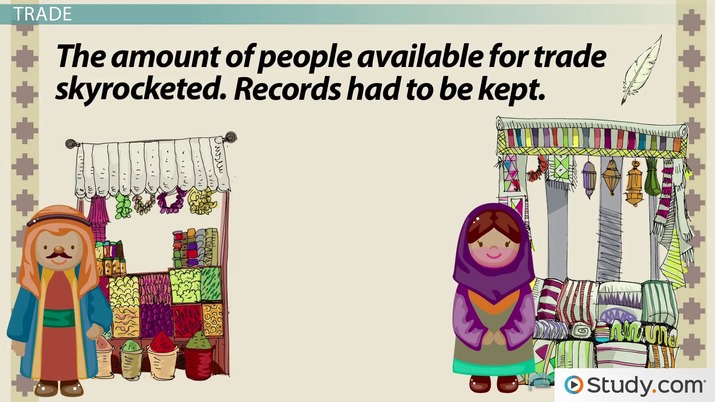 Coming up next: Frankish History: Clovis and the Merovingians

First things first, not all Muslims spoke Arabic (not all Arabs were Muslim, either, but that's for a different lesson). Arabic was the language of the Qur'an, so that meant that in order to read the Qur'an, you had to know Arabic. As a result, many educated people throughout the Islamic world had at least a passing knowledge of the language. For the masses, however, Arabic managed to only spread throughout part of the conquests of Islam, mainly in the Middle East and North Africa.

Elsewhere, Arabic had absolutely no success. In Persia, people kept on speaking Persian as they had done for centuries, just as people in Southeast Asia kept on speaking Javanese and Malay. What would happen is that individual words, often related to religion, would find a way to sneak into those languages.

Of course, those writers would need an alphabet, and the Perso-Arabic alphabet was exported around the whole Islamic world, coming with the Arabic Qur'an and Persian poetry. The letters of the alphabet, originally Arab with additions from the Persians, soon gave languages from Nigeria to Malaysia the ability to be recorded in writing.

Writing became increasingly important, as with prohibitions on fighting fellow Muslims, the amount of people available for trade skyrocketed, and records had to be kept. Merchants who may have only journeyed a few hundred miles in their lives could now go to the edges of the known world in search for goods.

In fact, the whole Indian Ocean, along with the South China Sea, became a free trade zone for Muslims. Chinese silk and tea were traded for ivory from Kenya, which in turn was traded for spices from India, carpets from Persia, or incense or olive oil from Arabia. Local rulers recognized that it was in everybody's best interest to keep the trade flowing, so they worked to keep the region largely free of pirates. In fact, it wasn't until the arrival of the Europeans that ships felt any need to carry any sort of weapons.

To some degree, it goes without saying that religion served to unify the Islamic world. However, how Islam managed to accomplish this is truly unique in two very specific attributes: Islamic law and the pilgrimage.

Islamic law has been at the center of Islamic societies since Muhammad first started giving rulings based on the Qur'an in Mecca. Throughout the early years of Islamic history, the importance of this law cannot be understated—it led Muslims to establish some of the world's first universities and encouraged them to keep the writings of the Greeks so that they could examine Islamic law with Aristotle's logic.

As such, those individuals who had been trained in Islamic law were among the most respected minds of the Islamic world, as they were generally considered to be the manifestations of the greatest levels of genius imaginable. Wherever they went, they were welcomed, cared for, fed, pampered, and generally treated like visiting kings. This meant that for the Islamic legal scholar who wanted to travel, there were many opportunities. No one did it better than Ibn Battuta, who used his education to travel everywhere in the Islamic world, from Timbuktu to Beijing.

Of course, not all Muslims could travel quite like Ibn Battuta, but Islam's requirement for the Hajj or pilgrimage to Mecca, made sure that many did get to see sights beyond their hometown. Perhaps the most famous person to take the Hajj was a king from Mali in West Africa named Mansa Musa who arrived with a massive caravan full of gold and exotic goods. Even for those who didn't see Mansa Musa in Mecca, the story of his massive caravan proved to be one of the greatest of Islamic kings and spread throughout the Islamic world.

When this video lesson concludes, take some time to:

What Is Optimism? - Definition & Explanation

What is an Organizational Environment? - Definition & Theory