The Commutative Property of Addition 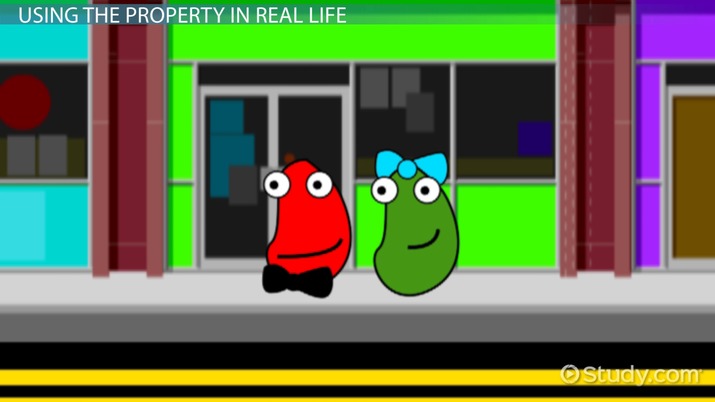 Coming up next: Conjecture in Math: Definition & Example

Using the Property in Real Life

But, sometimes the order of doing things does make a difference. For example, if you put on your socks after your shoes, you would look pretty silly and be quite uncomfortable, no? This is an example of a time where order does matter and makes a big difference on the outcome. So this would not be similar to how the commutative property of addition works.

In the first example in this lesson, two numbers were used to illustrate the commutative property of addition. You can use numerous numbers and the property will still work. It is just important that you are using the same numbers on each side!

Let's look at the following examples:

Here, we are saying that one plus three equals three plus one. Because we are working with solely numbers here, we can attest this statement as being true. Both sides of the equation give us 4, and it does not matter that the one and three were switched.

Here are a couple more examples of the commutative property of addition in use:

We could keep going with examples, but hopefully you get the point by now!

Algebraic expressions with the same variables and numbers being added in a different order are also examples of the commutative property of addition. Let's look at the following examples:

In this example, we are saying that five plus a number is equal to a number plus five.

How to Balance Addition Equations

How to Multiply by 2

What is Addition With Regrouping?

The History of Roman Numerals

How to Multiply by 10