What Is Digital Currency?

You can do almost anything online, including paying others with digital currency, which is currency that's not held in physical form. Some hold no real value except within a certain community, such as the coins used in the game FarmVille. Others, such as the Bitcoin, do have real-world value. As of June 2020, 1 Bitcoin is worth about $9,460 US dollars. 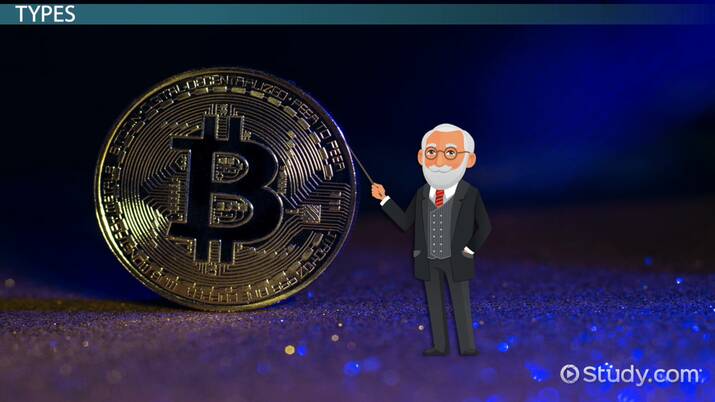 Coming up next: Information Technology: Impact on the Economy

There are two major forms of digital currency.

Cryptocurrency, on the other hand, is digital currency that does have real-world value, like Bitcoin. This type of digital currency is based on mathematical algorithms with tokens being transferred electronically over the internet via peer-to-peer networking.

A benefit to cryptocurrency is that it's not tied in to the economy of any one country. This form is decentralized, and doesn't rely on any one regulatory agency. This means that if the economy of one country crashes, your digital currency will remain the same.

Cryptocurrency transactions are irreversible. You know how if you deposit a fake check, the bank will then reverse that transaction and take that money back out of your account? This can't happen in cryptocurrency. There is little room for mistakes as all transactions are conducted via complex algorithms that transfer tokens from one person to another.

Though all this privacy is usually considered a good thing, cryptocurrency has also been used for illegal transactions such as money laundering and purchasing illegal drugs. It has also been connected with ransomware, which is when a virus hijacks your computer and demands payment in cryptocurrency to release your data.

While there are only two forms of digital currency, there are actually many types.

There are as many types of virtual currencies as there are communities that have them. Virtual currencies typically cannot be traded or exchanged with each other. You can't trade or exchange FarmVille currency for Diner Dash currency. Each is only valid in its own gaming community or app.

There are many different cryptocurrencies to choose from as well. Some are accepted at more places than others, but the most popular is currently Bitcoin. When you shop with Bitcoins, you'll actually be spending satoshis, which is the smallest fraction of Bitcoin (at least for now). One Bitcoin is equal to 100,000,000 satoshis.

To keep your cryptocurrency in your possession, you'll use what is called a digital wallet instead of a bank. A digital wallet is like a personal bank that's run by the software you install on your computer, tablet, or smartphone. Only you have access to your digital money and you can use your wallet to send it to anyone in the world that accepts it.

You won't have monthly fees with digital wallets as it's a software program that you install just once. Unlike traditional banks, nobody else will have control or access over your funds.

The digital wallet that takes care of your cryptocurrency is just one type. Another type of digital wallet stores your credit card information and lets you pay via a secure transfer of information from your phone to a compatible cash register. Even though this is also called a digital wallet, it doesn't deal with digital money.

Some of the top cryptocurrencies in use today include:

What is Money? | Types and Form of Currency