A Raisin in the Sun by Lorraine Hansberry includes the dreams of Walter Lee, Mama, Mr. Younger, Mr. Lindner, and Beneatha, which they realize are very different from one another. We go over quotes about dreams from the play. Updated: 05/30/2021
Create an account

A Raisin in the Sun by Lorraine Hansberry is a play about an African American family in the mid-1900s who are filled with hopes and dreams for their future. The Younger family have never had much more than their dreams, but they have lots of them.

When Mama Younger comes into some insurance money after the death of her husband, it looks as if some of their dreams may finally come true. The family doesn't appear to realize how different each of their dreams are. Let's look at some of the quotes about dreams from A Raisin in the Sun by Lorraine Hansberry. 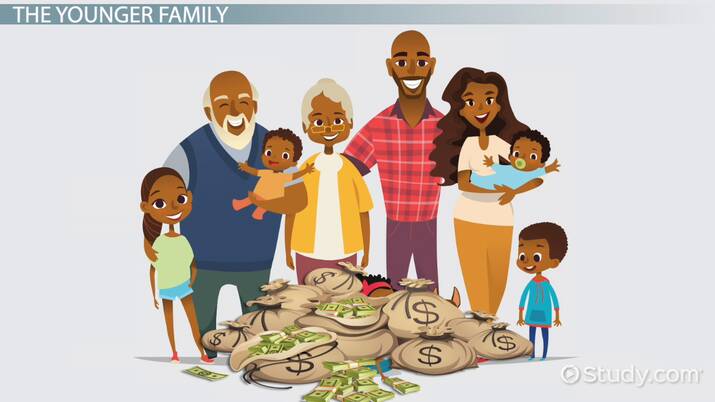 Coming up next: A Raisin in the Sun Character List & Flashcards

Walter Lee is frustrated. He feels demeaned in his role as a chauffeur driver for a wealthy white family. Unable to stop thinking about his next shortcut to the top, Walter Lee expresses his exasperation at the lack of support he feels from his wife, Ruth. He complains to her, ''There you are. Man say to his woman I got me a dream: His woman say: Eat your eggs.'' Ruth's practicality and Mama's religious convictions prevent them from sharing Walter Lee's dream of owning his own liquor store. However, they both love him unconditionally enough to want him to achieve it.

When Mama and her husband first moved into the small, run-down, two-bedroom apartment that now houses all five of the Youngers, it was only supposed to be temporary.

''We was going to set away, little by little, don't you know, and buy a little place out in Morgan Park. We had even picked out the house, Looks right dumpy today. But Lord, child, you should know all the dreams I had 'bout buying that house and fixing it up and making me a little garden in the back--And didn't none of it happen,'' reminisces Mama.

Mr. Younger died without ever realizing his dream. When Mama receives the $10,000 life insurance check after her husband's death, she sees her opportunity to put a down-payment on a house. Even though the most affordable home is in an all-white neighborhood during a time of segregation, she is finally getting a home.

Mr. Younger, Mama's husband, has passed before the play begins, but Mrs. Younger remembers that he said, ''Seem like God didn't see fit to give the black man nothing but dreams--but He did give us children to make them dreams seem worthwhile.'' Mama realizes that her dreams aren't worth much if her children aren't happy, so she gives Walter the rest of the money after making the down payment on her home.

Mr. Lindner visits the Youngers as a representative of the homeowner's association in the neighborhood where Mama bought her home. The neighbors are not happy about the prospect of having a black family move into their community and send Mr. Lindner to negotiate a buy-out.

He describes the people who live in the neighborhood already as ''not rich and fancy people just hardworking, honest people who don't really have much but those little homes and a dream of the kind of community they want to raise their children in,'' which is, of course, no different than the Youngers. But because of her skin color, Mama's dreams interfere with the misguided dreams of the neighbors in her community.

Beneatha has always wanted to be a doctor. When Walter Lee squanders her tuition money investing in a liquor store with an untrustworthy business partner, Beneatha's dreams are altered. Through her relationship with Joseph, a Nigerian medical student, Beneatha learns to embrace her heritage.

When Walter Lee decides to take Mr. Lindner up on his offer to buy them out, Beneatha thinks he has hit an all-time low. Beneatha grumbles, ''All the talk about dreams and sunlight that goes on in this house. It's all dead now.'' Walter Lee's willingness to accept discrimination to make money is worse than losing money that isn't his.

The dreams of the Youngers in A Raisin in the Sun are all a little different. Mama wants a house, Walter Lee a business, and Beneatha to go to medical school. What they discover through the course of the play is that sometimes dreams change. Mama remembers what her husband, Mr. Younger, said about children making dreams worthwhile and knows she can't be happy if Walter Lee is miserable. By the end of the play, Walter Lee comes to the same conclusion. His family's happiness and self-respect mean more to him than money. Some dreams, like Mr. Lindner's dream of living in a segregated community and Walter Lee's dream of a liquor store, are destructive by nature and should be altered.

Dream Quotes in A Raisin in the Sun
Related Study Materials

Beneatha in A Raisin in the Sun: Character, Quotes & Monologue

Walter in A Raisin in the Sun: Character, Quotes & Monologue

Mama in A Raisin in the Sun: Character & Quotes

George in A Raisin in the Sun

Themes in A Raisin in the Sun

Racism in A Raisin in the Sun

Ruth Younger in A Raisin in the Sun

Symbols in A Raisin in the Sun

Irony in A Raisin in the Sun

A Raisin in the Sun: Character Analysis & Traits

A Raisin in the Sun: Act 1 Summary

A Raisin in the Sun: Act 2 Summary

The Library of Alexandria & The Benefits of Hellenization

A Raisin in the Sun's Setting

A Raisin in the Sun: Summary, Characters, Themes & Analysis

Lies & Lying in The Adventures of Huckleberry Finn