Explore the key concepts and beliefs of Eastern philosophy and philosophical traditions. Discover the history and perspectives of Islamic philosophy, Indian philosophy, and Chinese philosophy, including different traditions within each type. Updated: 12/28/2021
Create an account

Until relatively recently, the study of philosophy, which is the discipline dedicated to questioning the fundamental assumptions of reality and knowledge, has been limited in American and European universities to the tradition of Western philosophy. This tradition starts with the ancient Greek philosophers such as Socrates and Plato and continues through major figures like Descartes, Hegel, Nietzsche, etc.

However, as our world becomes more globalized and connected, the primacy of this Western tradition has been questioned, and philosophies from other cultures and traditions have begun to be studied in the West. In Western universities, these traditions often get lumped together as Eastern philosophy, but this is a catch-all term for a group of different philosophical traditions that often have little in common with each other. They are just grouped together by virtue of not being Western. These include Islamic, Indian, and Chinese philosophy. 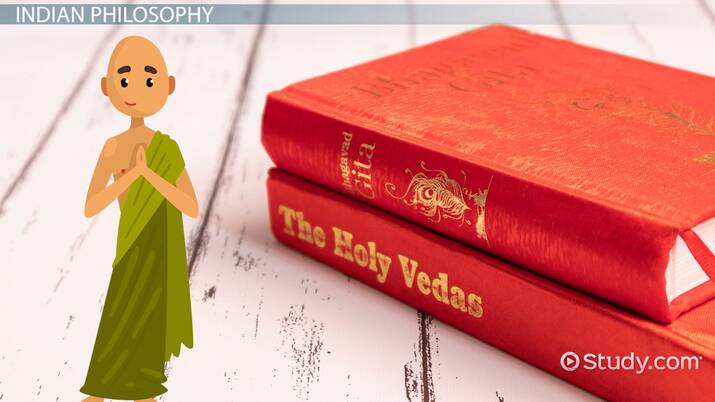 Coming up next: Contemporary Philosophy: Analytical and Continental Philosophy

Hindu philosophy is divided into two broad groups: orthodox and heterodox. Orthodox Hindu philosophy take the Vedas, the oldest and most important sacred texts of Hinduism, as their starting point and don't question their authority. Though orthodox schools vary, they are all founded on the idea that the point of philosophy is to analyze and interpret the sacred texts, a philosophical approach known as Scholasticism.

The heterodox schools of Hindu philosophy don't accept the Vedas as authoritative. Many of these schools are materialist in nature, meaning they do not accept questions relating to the spirit or supernatural as valid. Others are more explicitly atheistic, either ignoring or outright denying the existence of the Hindu gods.

Buddhist philosophy, following the Buddhist religion, doesn't concern itself with supernatural questions, such as the existence of the gods. Instead, it focuses on the ethical implications of the Buddha's Four Noble Truths and Noble Eightfold Path. It is also focused on epistemology, or philosophical questions of knowledge.

The basic principle of Jain philosophy is known as anekantavada, or the idea that people perceive reality differently. Under this philosophy, there is no one perfect or ideal truth; instead truth is defined by the individual.

The most important Chinese school of philosophical thought is Confucianism. Named for its founder Confucius, it's based on the Analects, a book said to be Confucius' teachings which focus on moral, social, political, and religious questions. Confucianism focuses on humane behavior and harmony between the individual and his surroundings.

Taoism, which is both a philosophical system and a religion, also focuses on harmony. The word 'tao' means 'path,' referring to the path of the world that the individual needs to align with. Taoism teaches that compassion, moderation, and humility are the three most important qualities for a person to possess.

While Confucianism is severe in its own right, a more severe Chinese philosophy is the political philosophy of Legalism. Legalism's main tenet is to set clear strict laws or deliver harsh punishment. It laid out a system for rulers to follow that required the leaders to be transparent in setting the laws but then allowed for severe punishments for those breaking the law.

All right, let's take a moment to review what we've learned. The term Eastern philosophy is a catch-all term for philosophical traditions that developed separately from the Western tradition that emanates from Ancient Greece and includes Europe and the United States.

Indian philosophy includes Hindu, Buddhist, and Jain schools of thought. The Hindu schools divide into orthodox and heterodox branches. Orthodox branches take the Vedas as sacred, while the heterodox schools do not.

And finally, Chinese philosophy includes Confucianism, Taoism, and Legalism. All are focused on harmony between the individual and the world around him.

The Birth of Philosophy: The Presocratics

Platonic Idealism: Plato and His Influence