What Is Economic Inequality? 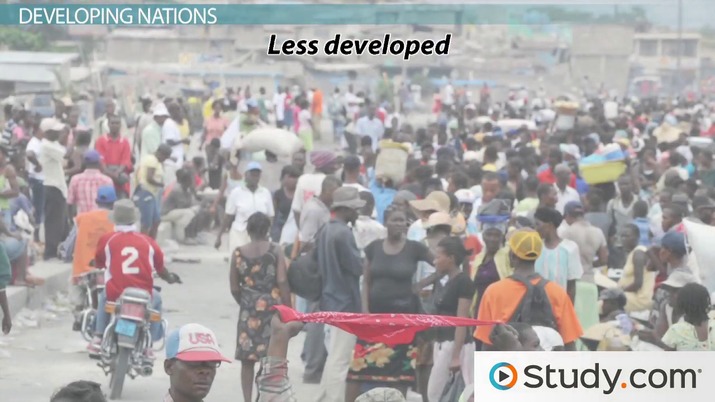 As of 2010, the list of developed nations included the United States, Canada, Japan, Republic of Korea, Australia, New Zealand, Scandinavia, Singapore, Taiwan, Israel, countries of Western Europe, and some Arab states. In 2012, the combined populations of these countries accounted for around 1.3 billion people. The populations of developed countries are generally more stable, and it is estimated that they will grow at a steady rate of around 7% over the next 40 years.

In addition to having high per capita income and stable population growth rates, developed nations are also characterized by their use of resources. In developed countries, people consume large amounts of natural resources per person and are estimated to consume almost 88% of the world's resources.

The second economic category is developing nations, which is a broad term that includes countries that are less industrialized and have lower per capita income levels. Developing nations can be divided further into moderately developed or less developed countries.

Less developed countries are the second type of developing nations. They are characterized by having the lowest income, with a general per capita income of approximately less than $1,000. In many of these countries, the average per capita income is even lower, at around $500. The countries listed as less developed are found in eastern, western, and central Africa, India, and other countries in southern Asia. In 2012, there were around 0.8 billion people who lived in these countries and survived on very little income.

Overall, in 2012, developing nations accounted for a total of 5.7 billion people. Even though the income range is quite large, there are still nearly 3 billion people that live on less than $2 a day. Can you imagine living on less than $2 a day? That would be a very hard task for most of us to do. In addition to low income levels, developing countries are also characterized as having high population growth rates. It is estimated that these countries are going to increase by 44% over the next 40 years. By 2050, it is predicted that over 86% of the human population will live in developing countries.

Now, let's review economic inequality and how it relates to developed and developing nations. First, economic inequality is defined as the difference between individuals or populations in terms of their wealth, assets, or income. This difference can be looked at on a small scale in individual regions or on a large scale across the world. When discussing economic inequality on the global scale, it is important to know that countries are divided into two categories based on their per capita income, which is the average income per person. The two categories are developed nations and developing nations.

Although the range of economic inequality around the world is very large, the income of all people is of equal importance. The world and the economies of every country are intertwined and depend on each other. Due to this fact, it is important to remember that not everyone lives at the same economic level, but that everyone can work together to help those less fortunate.

What is a Developing Nation? - Definition & Characteristics

US Economic System | What Type of Economy Does the US Have?

Using Spatial Concepts to Understand the Human Organization of Space

Understanding Voluntary Simplicity as a Form of Sustainable Consumption

Understanding a Command System in Economics

What Is Economic Growth and Development? - Definition, Theories & Indicators