The Education Reform Movement in early America provided a platform that led to the birth of public schools and universities. Explore the lasting impacts of the reform movement on public education in the United States. Updated: 08/22/2021
Create an account

There used to be a popular bumper sticker out there that said 'If you can read this, thank a teacher.' Ironically, thanks to modern educational developments, you probably aren't reading this lesson at all - you're just watching it. But you are trying to get a college education, which means you are still a product of the same educational movement born 200 years ago.

Public schools, as we know them today, were few and far between in the early American republic. The Puritans believed literacy was a religious duty (so that everyone could read the Bible), and most children learned basic math and reading at home.

In the 1700s, elite, private, grammar schools opened in New England to prepare boys to enter the Ivy League colleges, many of which are among America's most prestigious college prep schools today. Throughout the Middle Colonies, individual communities sometimes opened schools to instruct boys in their language, religion and traditions. And Southern plantation owners might hire a teacher to educate their children at home. Wealthy families from every region sometimes sent their sons back to England for school.

During the Revolution, many Americans (like Thomas Jefferson) believed strongly that education was a necessary component of democracy, but despite their arguments, not many of the Founding Fathers thought it was a good idea for the federal government to be involved in such matters. The Constitution places schools squarely in the hands of the states. Some towns, cities, territories and states began enacting laws providing education for local children around the turn of the 19th century. For example, St. Louis, Missouri opened a school in 1808, and many other localities opened their own one-room schoolhouse. But children in outlying areas couldn't always attend and poor kids might need to help provide for their families. Other places, like Georgia, began closing public schools after 1800, and it was illegal almost everywhere to educate a slave. A free, public education was still out of reach for most American children. 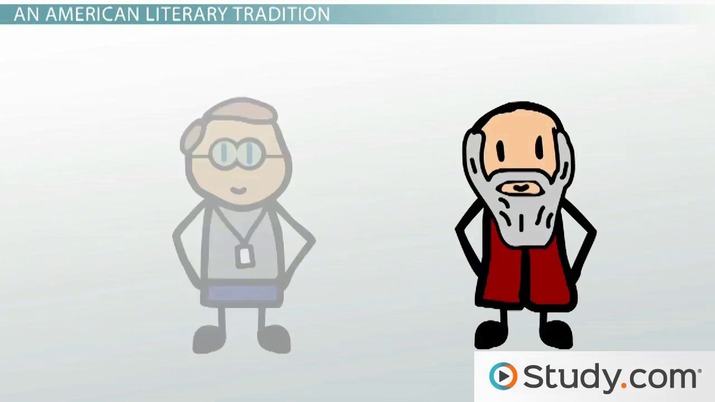 Coming up next: Henry Clay and the Missouri Compromise of 1820

That began to change in the 19th century. The Second Great Awakening launched many reform movements, including a push for mandatory, free, public education. Reformers taught traditional school subjects as well as moral principles and civics. In 1837, Horace Mann, the Secretary of Education in Massachusetts, began reforming the state's school system, creating grade levels, common standards and mandatory attendance to ensure that all citizens could become virtuous, educated voters. Others states copied his system, and by 1870, all states had tax-supported, locally controlled elementary schools, though attendance was usually not required. A census report indicates that little more than half of all girls attended school in the mid-19th century. But still, it was a step in the right direction. Of course, a lot of students today complain about going to school, but most Americans - even the teenagers - recognize the benefit of having a literate population.

The education reform movement gave a voice to American authors as well. Poets and journalists emerged during the Colonial era, but most authors were still rooted in the English literary traditions. But American schools needed American textbooks. The two most successful - McGuffey Readers and Noah Webster's 'blue-backed' spellers - both took a uniquely American approach to education, mimicking the factory system: break the subject down into its most basic parts and build it from the bottom up. And both of these textbooks systematically taught cultural and religious virtues. Noah Webster is also credited with standardizing American spelling through his 1828 American Dictionary of the English Language. It was also during this era that America finally produced authors that received attention in Europe. Washington Irving is best remembered for his short stories, such as 'The Legend of Sleepy Hollow.' James Fenimore Cooper is most famous for his novel The Last of the Mohicans. Though their works are nearly two centuries old, Americans, obviously, still enjoy these stories, considering they were both made into popular movies.

Finally, the public school movement led to the higher education movement. Though several colleges and universities were founded during the Colonial era, they were all private and exclusive. Fewer than 10% of men were college-educated. But the rise of elementary schools created a need for teachers. Beginning in 1823, several Eastern states began operating so-called normal schools, which were 2-year colleges devoted to training school teachers. A number of these evolved into public, state universities. Beginning in 1837, several colleges for women were opened, but Oberlin College in Ohio (founded as a result of the Second Great Awakening by Presbyterian ministers) was the first men's college to admit female students. To encourage higher education in the West, the federal government gave land to new states beginning in 1862 so that they could sell it and provide funding for colleges. These colleges are still known as land-grant institutions. Higher education still isn't free, but many states and organizations have taken dramatic measures to put a college education within reach, including putting lessons online. You're participating in this right now.

Let's review. In America's earliest days, education was left to the discretion of families and communities, and it varied widely by region. For the better part of 200 years, most American children didn't have access to a free education. Massachusetts led the way in creating public schools to ensure that all citizens could read the Bible. The next push for public education came from Founding Fathers, like Thomas Jefferson, who believed democracy required educated voters. Many patriots agreed, but they didn't see this being an appropriate role for the federal government. One-room school houses popped up across the country, but it took the Second Great Awakening to give the final push for widespread educational reform. Once again, Massachusetts was at the forefront, hiring Horace Mann to standardize several aspects of the school system that were widely copied and still accepted today.