Effects of the Scientific Revolution

Sometimes small events can have a big impact in unexpected places. For example, when the Scottish scientist Alexander Fleming began working on the chemistry of bread molds in the 1920s, he certainly did not set out to discover penicillin. Regardless, his 1928 discovery sparked the growth and use of antibiotics throughout the 20th century, likely saving millions of lives as a result.

Similarly, the scientists and philosophers of the Scientific Revolution did not set out to change the world; individually, they worked on their own problems in their own fields. However, all challenged traditional views of the world and fostered a new way of thinking that relied on empiricism and skepticism rather than accepted, fundamental truths - a development which changed the world forever. 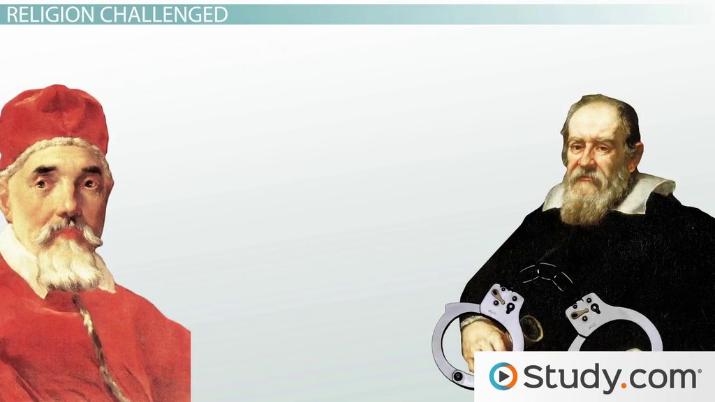 The increased emphasis placed on experimentation and empirical knowledge during the Scientific Revolution caused many philosophers and scientists to rethink the very nature of knowledge itself. Skepticism among these groups of thinkers grew over Early Modern society's view of the world and the accepted truths on which it was based.

Rather than accepting knowledge based on revealed truths, those who espoused the principles of the Scientific Revolution believed that truth and fact lay through firsthand observation and experimentation. For example, the philosopher René Descartes famously took these skeptical views to their theoretical limit, questioning even his own existence. He ceased his own skepticism only through realizing that the very act of thinking about his own existence proved his existence.

This new basis for knowledge and findings made by the Revolution's astronomers naturally challenged the very foundations of the revealed truths of the Christian church. For example, the work of Copernicus and Kepler displaced Earth from the center of the universe, which inherently questioned the church's view that Earth and humanity, in particular, was chosen by God and rightfully resided in the center of His universe.

Furthermore, the discovery of natural laws caused many philosophers to rethink the nature, or even existence, of God and his role in the universe. This was also challenged by some of the ideas forwarded by several philosophers that the universe's laws could be quantified mathematically. After all, if the world was governed entirely by natural laws, such as magnetism or gravity, there was little room left for the intervention of a divine actor. These notions led some to adopt Deism and the mechanistic universe adopted by the Frenchman René Descartes.

Descartes and others rejected the idea that God could intervene into the matters of man any time He wished, because it would upset the balance of the laws He had put in place Himself, and instead, it favored a God more akin to a watchmaker. In other words, Descartes and his followers believed God had created all of the natural laws and all of the matter in the universe in the distant past. God then started the universe without any plans to intervene, allowing the universe and its constituent parts, laws, and people to play themselves out.

These ideas challenged several central tenets of Early Modern Christianity, both Catholic and Protestant, and angered several church authorities throughout the 17th century. The Italian astronomer and champion of the telescope, Galileo Galilei, was imprisoned in 1633 by Pope Urban VIII. Although he was released only six months later, he continuously faced the prospect of imprisonment and house arrest for the remainder of his life. Indeed, it is commonly believed that Copernicus waited to publish his landmark 1543 work, On the Revolutions of the Heavenly Bodies, until he was near death so as to avoid retribution from religious officials.

It is important to note that although many of the Scientific Revolution's findings contradicted accepted church teachings, many of the scientists and astronomers of the age were religious men and were certainly not directly intending to attack common 17th-century theology. Galileo was a devout Catholic, and the very threat of excommunication by the pope caused Galileo to recant his statements eliciting his belief in the heliocentric, Copernican model.

Many scientists and philosophers went to great lengths in their works to accommodate their findings with their own personal theology, be it Catholicism or Protestantism. Moreover, many of the same priests or ministers who decried certain findings of the Scientific Revolution were mathematicians, astronomers, or philosophers themselves.

The increasing quantification of the universe and the discovery of the natural laws that governed it left less and less room for the magic and supernatural forces that had pervaded Medieval culture. Those who were educated in the new science and astronomy began to deny the existence or effectiveness of magic practices, such as alchemy, witchcraft, or the supernatural powers of traditional healers.

The 17th-century Dutch minister and rationalist Balthasar Bekker even went so far as to claim the Devil had no power in the natural world whatsoever! This was an extremely antithetical view that contrasted the position held by many in the Early Modern period, which was that the Devil was constantly present in the world, fomenting evil and attempting to lead man astray.

The heliocentric, Copernican model of the universe had further ramifications for how humans viewed themselves. The previous, geocentric model fit well with the standard, Christianity-driven view of humanity. As God's chosen creation, it only made sense that the planet humanity occupied was the center of the universe.

However, the removal of the Earth from the universal center - indeed, the placing of humanity on a relatively tiny planet orbiting the enormous sun with other, often larger planets - questioned the fundamental importance previous thinkers had conferred upon humanity and its place in the universe. In time, some thinkers would even begin to question the divinity of man's creation.

The Scientific Revolution, in a little more than a century, drastically and irrevocably changed Western European science and philosophy by changing the fundamental views on the nature of knowledge. Rather than accepting revealed truths, specifically those revealed by the Christian church, on faith, the scientific method and its corresponding emphasis on observation and empiricism presented Early Modern thinkers with a new basis for knowledge, one which was tangible and could be demonstrated and reproduced.

Using observational and experimental methods, scientists, mathematicians, and philosophers of the late 16th and 17th centuries discovered and theorized new views of our universe. These theories may have contradicted the accepted truths of the day, but they agreed more closely with their collected datasets. These findings, and most importantly the methodology these Early Modern thinkers developed, changed the course of Western history by ushering in the beginning of modern science.