We'll take a shopping trip to the mall to learn how electrical resistance works and how it is affected by resistivity, conductor dimensions, and temperature. We'll also take a look at several common appliances that take advantage of resistance to function.
Create an account

It seems like every holiday season I wait until the very last minute to do all of my Christmas shopping. Invariably, I'm left with no other option than to go to the local mall so I can hit all the stores at once. It's always the same situation: The place is packed, and I have to fight the crowds to get from store to store. Perhaps this seems like a strange way to start a discussion on electrical resistance, but the two scenarios are actually very similar. You see, an electron trying to make its way through a wire is a lot like me trying to make my way through the mall. In fact, as we learn more about what causes electrical resistance, we'll see just how similar these situations really are.

In general, the word 'resistance' is used to describe an impeding force that acts against an object as it tries to get something done. When I was at the mall trying to make my way through the crowds, I kept bumping into people. Each one of these little collisions took some energy out of me as I fought against the impeding forces.

An electron flowing through a conductor faces the same challenges, but instead of people, it is impeded by the atoms in the material. The amount that an object impedes an electric current, which is the flow of electrons, is called its electrical resistance, and it is measured in units of Ohms. The overall resistance of an object is affected by several factors, which we'll talk about in detail. The main thing to keep in mind is that any change that causes the electrons to have more collisions with the atoms will increase the resistance of the object. 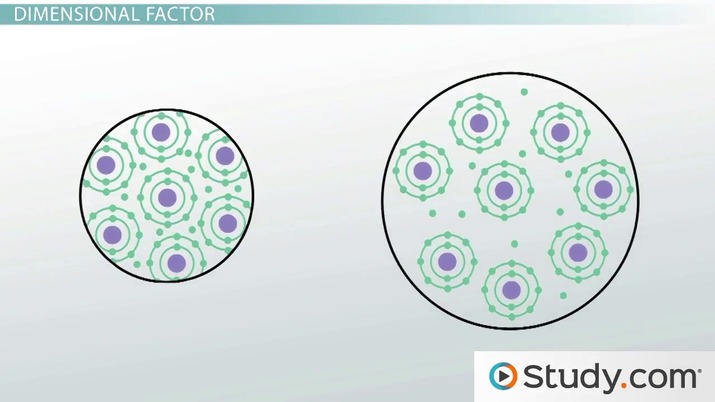 'Resistivity' sounds an awful lot like 'resistance,' but they're actually two different things. Resistivity is a property of the material an object is made of, whereas resistance is affected by several other characteristics of the object. Every material has some electrons that are free to move around between atoms and other electrons that are tightly bound to the atoms. When the free electrons try to flow through the conductor, they tend to collide with the outermost electrons of the atoms, which impedes their movement. Materials with more of the tightly bound electrons, and therefore fewer free electrons, have a higher resistivity.

Going back to my time at the mall, there were some people that were moving along in the crowd, trying to get to the stores, just like I was, so they really weren't affecting my progress. These people and I were like the free electrons. Then there were other people that were just standing around, looking in the windows, talking to friends, or simply taking a break. It was these people that were difficult to get by and impeded my progress. They were like the tightly bound outer electrons of the atoms that just wouldn't move. If I had gone to another mall that had fewer people standing around and more people moving, then that mall would have had a lower resistivity than the first one.

Resistivity is one of the factors that affects an object's overall resistance, but the dimensions of the object also play a role. The resistance of a wire in particular is greatly affected by its length and diameter. Increasing the length of a wire increases its resistance because the electrons will experience more collisions as they flow from one end to the other. Back at the mall, if I had to walk a longer distance between stores, I'd inevitably run into more of those people that were just standing around, and I'd lose more energy along the way.

On the other hand, the resistance of a wire decreases as its diameter gets larger because the electrons have more cross-sectional area to move through, which decreases the chance of collisions. If the mall were renovated to make it wider, then the people could spread out a bit more, which would give me more room to maneuver around instead of bumping into them.

Increasing the temperature of a conducting object will cause its resistance to increase. To understand why this happens, let's revisit my trip to the mall. Remember all those people that were just standing around, looking in the windows and talking to their friends? Since they weren't moving, I was able to sidestep a few of them and avoid a collision. But, now imagine that for some reason they all started moving just a little bit by taking single steps in random directions: a step forward, a step back, a step left, a step right. Now as I tried to squeeze by, they might bump into me and I'd end up having more collisions than before!

This is pretty similar to what happens to an electron trying to move through a heated conductor. When the temperature of a conductor is increased, the atoms start to vibrate from the added heat energy. They move ever so slightly in all directions, causing more collisions to occur with the free electrons trying to get by. As the temperature rises, so does the size of the vibrations and therefore the number of collisions.

Resistance in a circuit isn't always a bad thing because we can purposely apply it to make useful devices. Incandescent light bulbs are a common example of this. The filament in the light bulb has a very high resistance, which causes the electrons to lose a lot of their energy in this part of the circuit. That energy gets converted to heat, which in turn causes the filament to glow white hot and give off light.

Speaking of heat, your electric oven, hair dryer, space heater, clothes dryer, and iron are all examples of devices that use heating elements. A heating element is nothing more than a conductor with a high resistance that converts electrical energy into heat energy. We can also use resistance to control how much current flows in a circuit. Are any of the lights in your house on a dimmer switch? A dimmer switch is a variable resistor that is used to change the resistance of an electric circuit. Increasing the resistance reduces the amount of current going to the light, which in turn makes it less bright. The opposite is true if we reduce the resistance, which allows more current to reach the light and shine more brightly. Resistance can be very useful when applied in an intentional manner.

Resistance, given in units of Ohms, is a measure of how much an object impedes an electric current, which is a flow of electrons. The resistance of an object is affected by several factors. One of those factors is the resistivity of the material that makes up the object. Resistivity is a property of the material and is related to the number of free electrons present. The dimensions of an object, and particularly of a wire, also affect the resistance. Increasing the length the electrons have to travel will increase resistance, while increasing the cross-sectional area through which the electrons will flow will decrease the resistance. The final factor that affects the resistance of an object is temperature. As the temperature of a conductor increases, so will its resistance. Many useful devices purposely make use of resistance to generate heat, light, or to control the current to other devices.