Rebekiah has taught college accounting and has a master's in both management and business.

Employee discipline in the workplace involves the regulations and rules that management sets to avoid employees' undesired behaviors towards the organization. Learn the definition and principle of employee discipline and explore the modern procedures and practices related to this concept. Updated: 09/10/2021
Create an account

Anger In the Workplace

Picture the following scenario: You have just reached into the cabinet and pulled out a bag of chips. After plopping down into a comfortable chair, you grab the remote and tune into one of your favorite movies. You grab your chips, rip it open, and reach inside to get a tasty treat.

Sounds great, doesn't it? How would you feel if you pulled out a chip that had an obscene message written on it? Shocked, I imagine! That's exactly what happened to some consumers of Frito-Lay chips in 1973.

What would cause someone to write obscene messages on a potato chip, you wonder? In an effort to make sure upper-level management realized they were unhappy, several Frito-Lay employees started writing messages on chips before they were bagged and shipped out to consumers. Once consumers started uncovering these messages, complaints rolled into the corporate headquarters. Management took notice and began to investigate the root cause of employee anger. They discovered that employees were very upset over the employee discipline system that was in place at Frito-Lay. 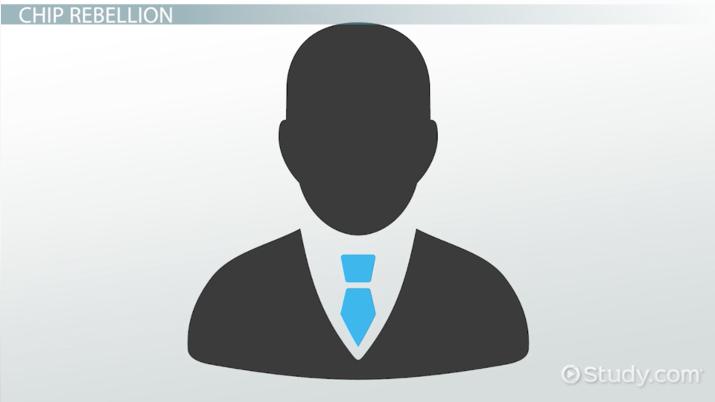 What exactly is employee discipline? According to the business dictionary, employee discipline is defined as the regulations or conditions that are imposed on employees by management in order to either correct or prevent behaviors that are detrimental to an organization.

The concept of employee discipline was brought up in the early 1900s. It was during that period that Henri Fayol, a noted French management theorist, proposed the 14 principles that he felt were essential to effective management. Discipline was one of those principles. Fayol believed that a disciplined employee was one that not only was sincere about his work, but also had faith in the policies and procedures of an organization. He also believed that a disciplined employee would fulfill the orders given to him and respect management.

Over the years, the concept of employee discipline has grown. Managers realize that discipline is a part of the job. They also realize that there must be disciplinary action within an organization to maintain some sense of control.

Modern managers also realize that effective employee discipline is more of a mindset than a physical action. By focusing on the needs of employees, and the human relations aspect of the management job, managers are able to foster the development of dedication in employees. A dedicated and happy employee is one that longs to do a good job. In order for the employee to meet his own personal goal, he must become self-disciplined. Becoming self-disciplined is a win-win concept. The employee is happier because of the job that he is doing. The organization is happy because this type of employee is often a long-term employee who is capable of increased productivity.

Let's review. Employee discipline is a complex topic in management. It must be taken seriously and handled carefully. From the earliest days when it was realized that employee discipline was important, this concept has continued to grow and evolve. In years past, the focus was on having a system that allowed managers to control the actions of employees based on the reaction they would get from the organization. In the modern world, employee discipline is still used as a form of control, but only to the extent that it makes an employee realize what is expected of him, and what the consequences will be should any policy or procedure be violated.

The focus of employee discipline has shifted from the physical sense of discipline to the mental process of being self-disciplined and wanting to do a good job. By making this shift, management is able to create a much more pleasant and productive work environment.

What Is Career Management and Development? - Definition and Purpose

Using the UPPER and LOWER Functions in Excel

Job Bidding as a Recruitment Method

The Role of HR in Employee & Labor Relations