The Epsilon is the lowest class of workers in Aldous Huxley's ~'Brave New World~' who were deprived of oxygen as embryos. Learn about the social classes, and study how the Epsilon are bred to be unintelligent and strong, and conditioned to be happy. Updated: 12/15/2021
Create an account

In our society, some people have more advantages from birth than others, but ultimately, we make our own decisions about careers, investments, and social relationships that determine where we fit. In the World State in Aldous Huxley's novel Brave New World, embryos are placed in a social class and conditioned to the careers and peers that best meet the needs of the community. In this lesson, we will learn about the social class called Epsilon. 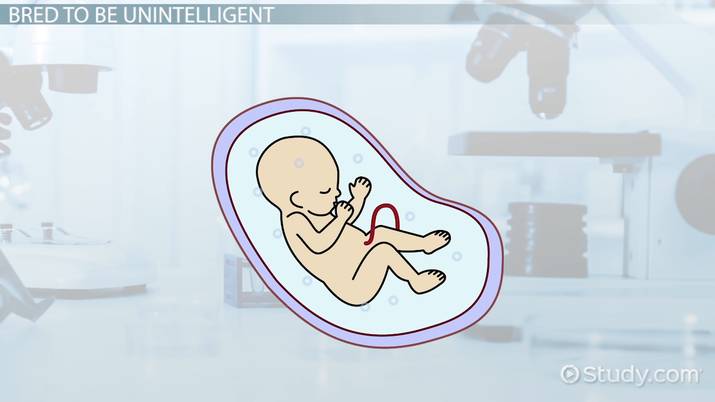 Coming up next: Feelies in Brave New World

Bred to Be Unintelligent

The World State produces five distinct social classes named from the Greek alphabet. Alphas and Betas are society's elite, while the Gammas, Deltas, and Epsilons make up the working class. Each caste has a distinct responsibility in the community, as society could not function without any of them. Epsilons are conditioned before birth to be the lowest class worker. Embryos are deprived of oxygen to ''keep the embryo below par.'' To make sure the Epsilon will be satisfied with the monotonous labor, ''an Epsilon embryo must have an Epsilon environment as well as an Epsilon heredity.'' Intelligence would get in the way of happiness for an Epsilon.

Bred to Be Strong

Although intelligence isn't needed, strength is. In an effort to prevent wasting time while waiting for an Epsilon to mature, growth hormones are applied. ''But though the Epsilon mind was mature at ten, the Epsilon body was not fit to work till eighteen…If the physical development could be speeded up till it was as quick, say, as a cow's, what an enormous saving to the Community.'' To further ensure an Epsilon was satisfied with his destiny to be big and stupid, he is conditioned to feel like his size is an advantage. ''Epsilons had been to some extent conditioned to associate corporeal mass with social superiority. Indeed, a faint hypnopædic prejudice in favour of size was universal.''

Conditioned to Be Happy

To review, in Aldous Huxley's Brave New World, embryos are divided into five social classes before birth, each of which is genetically and environmentally conditioned to perform its function in society. The higher classes are Alphas and Betas, while the Gammas, Deltas, and Epsilons are bred to be workers. The Epsilons are the lowest class of workers, but in order to make sure they're happy serving in this role, they are deprived of oxygen but pumped with hormones that make them physically strong but unintelligent. Further, they're conditioned to feel that they're privileged to be strong. While other classes know the limitations of the ''Epsilon Semi-Morons,'' the classes are taught to appreciate each other, while secretly believing they are superior.