In 1967, Congress passed the Age Discrimination in Employment Act (ADEA) prohibiting employers from discriminating against most job applicants and employees ages 40 and older. Learn about ADEA's relationship with equal employment opportunities, which employees and employers to which ADEA applies, the scope of ADEA protections, and the process for filing a complaint. Updated: 09/30/2021
Create an account

Max is a great engineer with years of experience. He's 70 years old. He was planning on retiring at the end of 2008, but the financial crisis leading to the Great Recession severely reduced his retirement savings. So, Max concluded that he must continue to work. However, the engineering firm he worked for went out of business due to the economy, and Max must find a new job. Max is afraid no one will hire him because of his advanced age, but his daughter, a human resource specialist, assures him that the law prohibits employment discrimination against the aged.

Max's daughter further explains that the Age Discrimination in Employment Act of 1967, often referred to as the ADEA, prohibits discrimination in employment based upon age. However, the ADEA only protects employees who are 40 years of age or older. The law does not protect against employment discrimination for the young based upon their age. In other words, if someone is under the age of 40, they will have no protections from the ADEA. 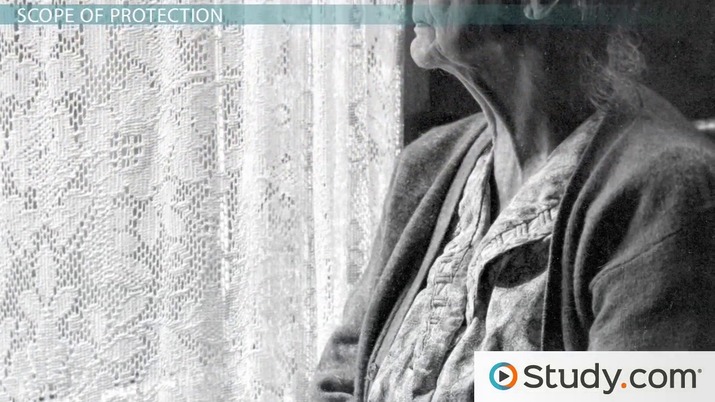 Max asks his daughter for more details. He wants to know what exactly the ADEA prevents employees from doing. She explains that the ADEA provides a very broad level of protection to people 40 and older.

First, the Act prohibits discrimination against protected individuals related to any aspect of employment. This includes:

Second, the Act also prohibits harassment based on age. Max's sister warns that the law doesn't protect Max from ordinary teasing or rare and isolated incidents that are not serious. However, harassment is illegal if the harassment is frequent or severe. The harassment must also create a hostile or offensive work environment or result in the person suffering an adverse employment action.

Max was a bit confused with all the terminology and asks his daughter for clarification. A hostile work environment occurs through speech or behavior based upon age directed at a protected person that is unwanted, uninvited and offensive to a reasonable person. The speech or behavior must be so severe or pervasive that it results in an adverse effect on the person's work environment. An adverse employment action, on the other hand, is a change in your employment that is material and disruptive rather than just an inconvenience or change of responsibilities. For example, getting fired or demoted is an adverse employment action.

Finally, Max's daughter explains that it's a violation of the ADEA for an employer's policies and practices to discriminate against employees over the age of 40 based upon their age. In fact, a policy or practice that applies to everyone equally can still violate the Act. The policy or practice violates the Act if it has a negative impact on employees 40 or older and is not based on a reasonable factor other than age (RFOA). According to the EEOC, '[a]n employment practice is based on [a reasonable factor other than age] when it [is] reasonably designed and administered to achieve a legitimate business purpose in light of the circumstances, including its potential to harm older workers.' For example, physical tests that reasonably measure the physical requirements of a job that may result in hiring more younger than older workers may qualify as a reasonable factor other than age.

Employers Subject to the ADEA

Max is feeling pretty good about his job prospects and tells his daughter of an upcoming interview with an engineering firm in town. She asks him if he knows how many people are employed by the company. A bit confused, Max asked why that's important. She explains that the ADEA only applies to employers who employ at least 20 employees. Max was a bit surprised by this and a bit concerned because many engineering firms employ less than 20.

Max asks his daughter what he should do if he feels he is being discriminated against because of his age. She explains that the Equal Employment Opportunity Commission enforces the ADEA. If Max believes he is a victim of employment discrimination, he can file a complaint, called a charge, with them. The EEOC will then notify the employer who will have a chance to respond to the claim. The EEOC will investigate the claim and may request documents from the employer and interview relevant witnesses. It will then issue a finding.

Let's review what we've learned. The Age Discrimination in Employment Act of 1967 prohibits employers who employ at least 20 employees from discriminating against job applicants or employees who are 40 years old or older. The Act prohibits discrimination in most areas of employment including hiring, firing, layoffs, promotions, pay and benefits. It also prohibits a hostile work environment. General employment practices and policies that have a disparate impact on older employees may violate the ADEA unless the policy is based on a reasonable factor other than age.

The Equal Employment Opportunity Commission enforces the ADEA. It is charged with the investigation of charges of discrimination. If it finds discrimination, it will attempt to settle the matter. The EEOC has the power to file a lawsuit against an employer for enforcement of the ADEA if an agreement cannot be reached. Individuals dissatisfied with the EEOC's conclusions can also file a lawsuit against an employer in court.