Why can't things be simpler? It seems like every week I've got new responsibilities to take care of, some new technology to learn, and dozens of practical matters that need resolved. It's good to know that some things are always going to be true, like our ethical values. Don't lie, don't break promises, don't cheat, don't steal. There are some things you can always count on as being simply true. Unless of course, you can't. That's it; I give up. 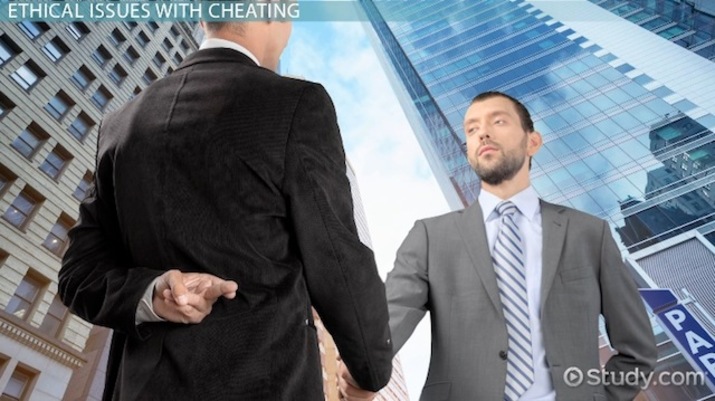 Okay, let's start with the issue of lying. A true lie must have three features. It must communicate some information, be intentionally deceptive or misleading, and the liar must be aware it is untrue. In general, lying is considered to be immoral. The philosopher Immanuel Kant once claimed that lying was always immoral because it is manipulative and disrespects the natural rights of others to make their own decisions.

However, it's not quite that simple. Can lying be a moral action? What if a lie protects someone from physical harm? What if lying is better for your own safety and self-preservation? The political writer of the Italian Renaissance Niccolo Machiavelli claimed that lies could be used for personal gain if the end result was moral. In other words, the ends justified the means. If we hold that lying is always immoral, that rules out lying to protect people, as well as relatively innocent lies like telling kids about Santa Claus.

The issues of lying can also be applied to breaking promises. Now again, keeping a promise is generally seen as a moral necessity. Breaking promises decreases trust, hurts people, and can harm society. But can breaking a promise be moral? Imagine that someone told you that the dam holding a reservoir of water was about to break, but made you promise not to tell anyone. You could keep the promise and let the town get flooded, or you could break the promise and make sure everyone gets out safely. Once again, there is an idea of the greater good that is more important than the moral obligation between two individuals.

Alright, how about cheating? Regardless of whether we're talking about taking a test, gambling, or adhering to the rules of ethical business practices, cheating is on the list of things considered to be immoral. Why? Like lying and breaking promises, cheating undermines social integrity, decreases trust, and thus damages society. Plus, cheating gives some people an unfair advantage over others. That's a common argument against cheating. But, what if some people already have an unfair advantage over others? You may have noticed that the world is not always fair. So, can cheating be moral if it evens out the scales?

Hand-in-hand with cheating is stealing. Like cheating, stealing is almost always seen as being immoral because it weakens the bonds within a society. But, like cheating, stealing is also arguably moral in certain situations. Now, for either of these to be moral, a few things must be true. The structure of society must be inherently prejudiced, biased, or unfair against a specific population. This attitude was actually the foundation of the revolutionary ideology of the American colonists who rebelled against the British. When the colonists took weapons from the British, or when they broke onto ships to destroy tea, they were technically stealing. But they did so because the British colonial system was designed to limit their rights, and this justified what would otherwise be immoral actions. Maybe we don't need things to be so simple after all.

Let's face it; there really are no simple moral issues. Even ethical debates over lying, breaking promises, cheating, and stealing have multiple sides to them. All of these are generally seen as immoral because they decrease trust, weaken social bonds, and disrespect the natural rights of others. However, all of these can be seen as moral in cases of self-preservation, the protection of others, or issues where the greater good outweighs the moral relationship between two individuals. See? Simple.

There always seems to be two sides to the coin. When it comes to understandably immoral actions such as lying, breaking promises, cheating, and stealing, it is generally understood that the individual did something wrong. However, there are those that argue that in cases of self-preservation, the protection of others, or issues involving the greater good, then such actions are justified.

Strengthening your understanding of this lesson on the moral dilemmas of lying, breaking promises, cheating, and stealing could prepare you to:

Killing in Defense of the Innocent: Definition & Arguments

The Moral Issues of Taking a Human Life

The Sociocultural Benefits of Participating in Fitness

The Korean War: Causes, Effects and The United Nations