Workplace coaching is a beneficial practice that can improve employee performance, however there are ethical considerations. Explore common ethical coaching issues, including confidentiality, ongoing dependency, and setting boundaries. Updated: 01/24/2022
Create an account 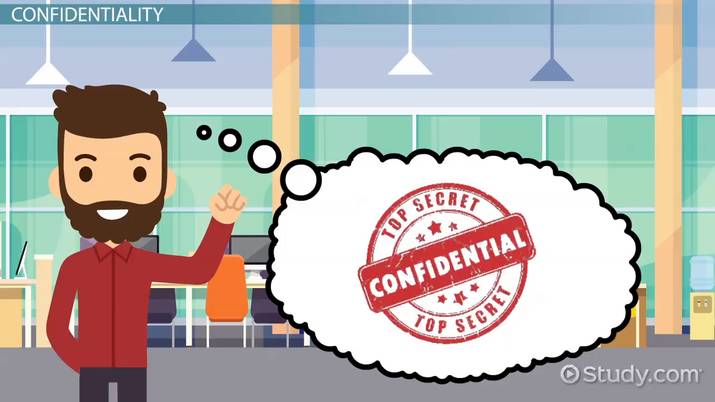 Coming up next: Professional Development for Coaches

The Purpose of Professional Coaching

Ethical issues that are diagnostic in nature can occur when the stated goal of the coaching process is different from the underlying one. Left uncorrected, ethical dilemmas of this nature ultimately degrade into a case in which the motives of one or both of the parties are no longer honest or transparent. It's all too common to see professional coaching prescribed as a way to bring about an involuntary separation when a termination is needed. While professional coaching can and does make a difference in performance, professional coaching shouldn't be a disciplinary measure.

Virtually all coaching scenarios will, at one point or another, deal with the issue of confidentiality. In coaching relationships, there is a delicate balance in the environment of transparency and confidentiality. When performed ethically, professional coaching is not transparent, but it is not entirely confidential. In other words, the entire world doesn't have to see the mistakes of the individual being coached, but the coach cannot ethically commit to maintain complete confidentiality because of situations in which the rights or well-being of others is at stake.

Let's look at an example. Throughout much of the 20th century, the Catholic Church faced a firestorm of controversy related to allegations that priests who had been accused of child sex abuse were placed in coaching programs as a means of restoring them to ministry. These programs were designed to allow priests to privately confess any inappropriate actions they had engaged in, and offered some the chance to be reinstated if they completed the coaching requirements. This was an unethical use of the normally ethical principle of confidentiality.

Professional coaching should be viewed as a task or a journey that leads to a defined endpoint. Ethical issues arise regarding dependency when the coaching relationship is no longer teaching someone how to do the job better, but has instead created a situation in which the coach is functioning like a client or a supervisor. Such an arrangement is unethical and fails to meet the objectives of a professional coaching program.

Let's look at an example. When new physicians fresh out of medical school wish to engage in complex specialties like surgery, they often experience years of professional coaching after they leave school to learn more and more about their field. However, there is a definite end, a point at which the coaching must stop. Ethical dilemmas can develop when individuals being coached fail to develop their own skill set and continue to rely on their coach to make decisions or perform tasks for which they should be fully equipped.

Both parties in the relationship must be vigilant and make a conscientious effort to avoid unnecessary movement over across boundaries that exist in things like work-family life balance or political and religious convictions. In a professional environment, support and assistance received from a coach should be restricted to the workplace and reasonable work hours. Neither party should cross boundaries by exchanging money, and both should avoid close personal relationships.

Let's review. In a professional coaching relationship, motives are important. Ethical dilemmas in the diagnostic domain occur when coaching shifts from being about taking a good person and making them better and instead becomes an exercise in which the coaching is designed as the last stop before termination for an under-performing employee.

A second significant set of ethical dilemmas revolves around transparency and confidentiality. Professional coaches need to create an environment in which individuals being coached can be transparent about mistakes, yet understand that there is no comprehensive privilege, and any dangerous, unethical, or illegal actions witnessed by their coach are not, and should not be, protected by confidentiality. Confidentiality applies only to business decisions that do not hurt other people when they're made.

The goal of the coaching relationship in the professional setting is to provide individuals who enter a role unprepared or under-qualified with the ongoing support necessary to make them good at the job that they will fulfill in the future. Since professional coaching takes place with the goal of making a new employee self-sufficient, it's unethical for the individual being coached to develop a dependent relationship in which the coach continues to make decisions or execute actions even after the coaching relationship is ended. A coach is a source, but only for a limited time and for a limited purpose.

All relationships of unequal power are subject to professional boundaries. The establishment of ethical boundaries begins with restricting or reducing any personal friendships outside of work, avoiding any impropriety involving finances, and keeping a narrow focus on the purpose of the professional relationship. Violating these principles can be unethical because they compromise the end goal of a professional coaching program.

Teamwork & Collaboration Skills in the Workplace