In only a few decades, the global marketplace has gone from being unimaginably distant to unbelievably compact. I'm writing this lesson on a computer that was designed 3,000 miles away and built 12,000 miles away, yet was purchased less than an hour from my house, and I'm sitting at a desk that was designed and constructed 7,000 miles in the opposite direction! In short, we're all growing extremely well connected. However, there have been some real issues that have emerged as a result of this greater connectedness. In this lesson, we're going to take a look at a number of those issues, especially the need for uniform standards, the impact of globalization, the perils of cultural imperialism, and the controversies over outsourcing. 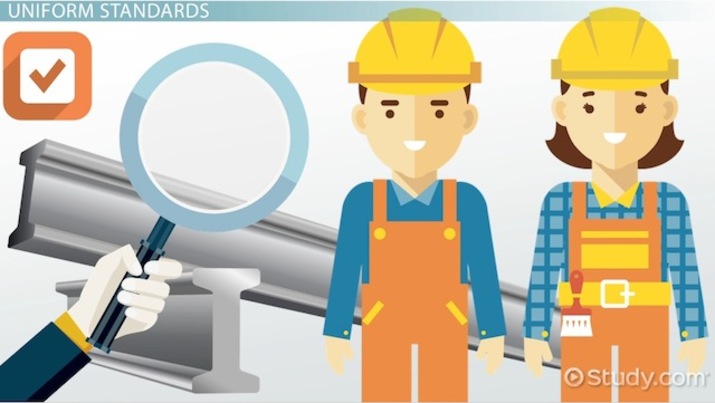 Perhaps the most obvious way that disagreements over standards on a global scale is apparent is when you think that the United States still uses the imperial system while the rest of the world almost exclusively uses the metric system. Now, many of us are comfortable with liters, but not too many of us can quickly convert cups of flour to grams of flour for a recipe. However, if measurements were the only way that uniform standards are not being met, the world market wouldn't have nearly so much of a problem.

Instead, what is largely meant by uniform standards is the need for uniform quality standards, or the idea that goods and services will be of comparable quality no matter where they originated. Obviously, there are going to be some differences - mozzarella from Italy will tend to taste better than mozzarella from Siberia, for example. However, especially in more technical trades, this is a real concern. A steel beam must meet certain uniform expectations no matter where it was produced. The ability to set and meet those criteria is a real concern.

If you've ever been to the pyramids in Egypt, you're about to immediately recognize one of the next social and ethical problems with this increased interconnectedness. If you are standing at the main gate into the pyramids and look around you, you'll see the pyramids, the Sphinx, and a number of fast-food places. Yes, there is a well-known fried chicken operation literally in the pyramid's shadow. This is a great example of the effects of globalization, when communities and markets from around the world are interconnected even on the most local levels. The ethical questions that arise from this are pretty clear. One would think that by enjoying the culture of Egypt that you should, perhaps, eat Egyptian food. However, the market seems to insist that you have deep fried chicken tenders instead. In any event, businesses should be eager to enter new markets, but do so with respect to existing cultural treasures.

Part of the reason that such fast food places are so controversial when so close to cultural landmarks is the idea of cultural imperialism. Cultural imperialism refers to the practice of one culture's attempt to move into the realm of a different culture, ultimately pushing the original culture out of the way. To a great degree, sharing cultures is a very natural thing that should be celebrated. After all, who doesn't enjoy eating Mexican food or going to a Chinese New Year celebration? However, there is a real fear that some cultures, especially those in the West, like the United States, will ultimately crowd out other cultures. People might learn English instead of their indigenous languages and will spend more time eating fried chicken and hamburgers than exploring their own cultural roots. Businesses are wise to avoid trying to force culture onto new markets.

Finally, businesses have to face the impact of outsourcing on their operations. Outsourcing refers to the practice of moving jobs and tasks out of the home office, especially to an overseas location that is cheaper. This is a massive double-edged sword for businesses. On one hand, outsourcing allows lower prices while increasing economic productivity overseas. On the other, it eliminates jobs in the home country while having the potential to give rise to unequal economic conditions in the new country. As a result, outsourcing remains a politically-charged term for many societies, despite the fact that it is pretty common.

In this lesson, we took at a look at some of the social and ethical problems faced by businesses as they make moves to become international companies. Foremost, we saw how a lack of uniform standards could lead to confusion or lapses in quality control. We then saw how globalization and cultural imperialism could erase the cultural contributions of societies, replacing them instead with a version of the home society's culture. Finally, we saw how outsourcing was a double-edged sword that could lead to lower prices at home but also greater unemployment.

Corporate Governance Overview & Structure | What is Governance in Business?

What is Social Responsiveness? - Definition & Concept

The Four Approaches to Social Responsibility

What is an Investment? | Concept & Overview

Risk Sharing Strategies & Overview | What is the Purpose of Risk Sharing?