Allie teaches college business and culinary management courses. She has a master's degree in business administration.

The Business of Food

The food service industry encompasses all of the activities, services, and business functions involved in preparing and serving food to people eating away from home. This includes all types of restaurants from fine dining to fast food. It also includes institutional food operations at locations such as schools and hospitals, as well as other specialty vendors such as food truck operators and catering businesses.

Today's food service industry makes up 10% of the total workforce in the United States, which amounts to roughly 14 million workers. Average industry sales are over $780 billion annually, and there are currently over one million restaurant establishments across the U.S. 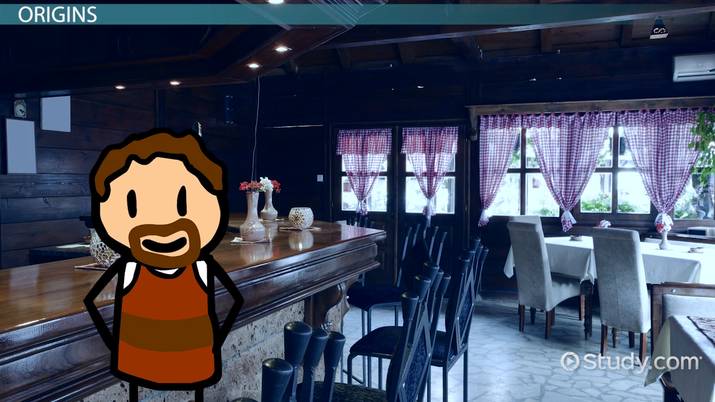 The modern concept of preparing food as a craft and a form of business can be traced all the way back to at least the 11th century with medieval guilds. Guilds were made up of various types of merchants and craftsmen, and each guild provided a specialized good or service to the community. The guilds established more of an organized system within local economies and allowed people to purchase and trade from a variety of highly specialized vendors.

Bakers and butchers are just two examples of specialized food craftsmanship. Guild members would pass on their knowledge to new generations by hiring apprentices. These apprentices would train under the established experts and learn the specific skills required of the profession.

The guild system eventually fell out of favor in economic systems, but the concept of the apprenticeship is still very common in the culinary profession today, and many young chefs learn their craft through mentorship and job shadowing under the guidance of experienced chefs and food professionals.

While the concept of designated cooks and bakers preparing food for others had been around for centuries, there was no standardization or common organization to the profession. In the early 19th century, a Frenchman by the name of Marie-Antoine Carême played an important role in the shaping of culinary artistry. He developed many original recipes and was highly skilled in creating elaborate centerpieces made entirely of food. He also published culinary texts with recipes and cooking terms, which provided cooks a common language and established a strong foundation for the advancement of professional cooking.

A second key contributor to the development and advancement of the food service industry was Auguste Escoffier, who authored cook books and culinary texts filled with recipes and instructions on fundamental cooking techniques. He also pioneered new concepts for kitchen organization and management. His works are still referenced and utilized in many of today's professional kitchens.

One of Escoffier's biggest contributions to the industry was his development and use of the brigade system, which streamlined kitchen jobs and helped to organize the flow of the food being cooked, plated, and served to guests. Within this system, each person in the brigade has a specific job at a specific station. Stations were created for every position, including frying stations, sauce stations, pastry stations, and more. Everything was orchestrated and overseen by the Chef de Cuisine, or the head of the kitchen.

The brigade system is still widely used today in many kitchens, although specific jobs and titles may be rearranged to fit the particulars of the organization. Today's professional kitchens are typically run by an Executive Chef, with a Sous Chef as second in command, followed by various station chefs, line cooks, and prep cooks.

The Evolution of Cuisine

The way in which food is prepared and served has evolved dramatically since the onset of classical French cooking in the 18th and 19th centuries. Carême and Escoffier had an elaborate style. Their creations were very rich, and many recipes required several hours or even several days of advance preparation. Garnishes and service embellishments were also very elaborate, and a large number of courses were served in succession to create a grand experience. The cuisine itself is known as grande or haute cuisine, and its purpose is not just to feed people but to allow them to indulge and enjoy a full gastronomic experience.

Over time, the elaborateness of haute cuisine slowly evolved in favor of freshness and simplicity. Nouvelle cuisine emerged in the 1960s, and its emphasis was on simple, clean flavors and presentations. Menu items were light and fresh, and specific flavors were showcased with more precision. This style of cooking was developed by Fernand Point, who used the foundational techniques he learned under Escoffier to innovate and refine his craft in a new direction. This helped bring food service into the modern era, where simplified processes and more focused menus allow food establishments to operate at higher volumes with faster service.

The development of new kitchen tools and technologies, as well as the global economy, allows today's chefs to cook without borders and experiment with various techniques and flavors from all over the world. Variety is what shapes the food industry today. From fast food to fine dining, we can find nearly every style of cooking across all cuisines and cultures. New innovations and techniques are continuously being developed and improved upon to create better experiences for restaurant-goers, food enthusiasts, and anyone consuming food away from home.

The food service industry is a big business, and it continues to grow as the world's population expands. From the exclusive craftsmanship of early food guild members to the modern day chef, the goal has always been the same: ensuring people are fed. Carême and Escoffier developed the fundamental systems and techniques, and many great chefs have followed with new approaches and innovations that help shape the industry today.

Sequence of Service in Restaurants

How to Use Study.com for School Closure: Teacher Edition

How to Use Study.com for School Closure: Student Edition