Whether a college is for-profit or not-for-profit is important to consider because it can impact your experiences, education, and finances. Explore the main differences between for-profit and not-for-profit colleges, and learn how to choose between them. Updated: 10/02/2021
Create an account

Jackson is a senior in high school and is getting ready to apply to colleges. But he's not sure what he should be looking for in a school. He knows that he needs some financial aid, but beyond that, what matters?

There are many elements to a college that Jackson should look at. Academics, finances, size of the school, and student life options are just a few. But before he examines all of those, he should also first know whether the school is for-profit or not-for-profit.

For-profit schools are those that are run by a private, profit-seeking business, while not-for-profit, or non-profit, schools are those that do not have a goal towards making profits. This doesn't mean, of course, that non-profit colleges do not care about making money. But the money they make is put back into the college in the form of services and aid for students, whereas money at a for-profit college is divided between being put back into the college and going to the owner as profit.

But does whether a college is for-profit or not-for-profit change the way the school is run? And how can Jackson choose between the two? Let's look closer at the fundamental differences between the two and how he can know which is the right choice for him. 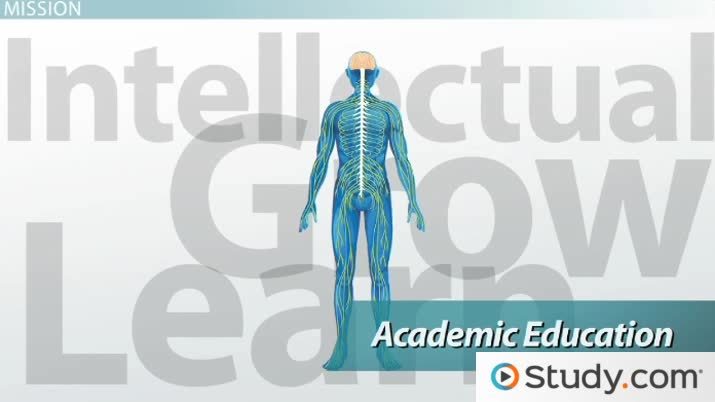 Coming up next: What is Accreditation?

Let's say that Jackson is considering two different schools - a non-profit college and a for-profit college. He understands the basic difference between the two. But what exactly does that mean in terms of how the school operates?

What does this mean for Jackson, who is considering both types of college? At the non-profit institution, Jackson is likely to encounter faculty and staff who have high-level degrees, like doctorates. At the for-profit institution, the faculty might not be as well-educated.

Further, a for-profit school is likely to require much less in the way of general education. Jackson might be able to go in and just take the classes in his field of study. In contrast, non-profit institutions almost always require that students take classes outside of their major, usually including classes in areas like English, math, science, and foreign languages.

Finally, there have been numerous complaints about the practices at for-profit schools. From steering students towards more expensive loans (that give a kickback to the school) to jacking up prices to giving a high-pressure sales pitch to potential students, it is clear that at least some for-profit schools are similar to a scam. However, not every for-profit school has these problems. Jackson should look into any college (for-profit or non-profit) that he is considering to make sure it is legitimate, and compare financial aid packages to figure out the true cost he will be paying.

In the end, Jackson has to decide what is important to him. If he's looking for a traditional college student life experience, plans to go to grad school, or to transfer credits, he will probably find more of what he's looking at in a non-profit school. However, if he is focused on getting a degree in a trade that is not covered by most non-profit colleges, he might do better at a for-profit school. Either way, he should do his homework and weigh each college individually.

When is a Private College Worth the Tuition?

Business Plans: How to Develop a Business Mission Statement

Elements of Culture: Explanation of the Major Elements That Define Culture