This lesson will discuss those who practice foraging and pastoralism for survival. We will also define the term 'nomadic' and focus on what it means to be egalitarian. Updated: 02/05/2020
Create an account

Very fortunately, I seldom have to worry about where my food comes from. I'm able to go to a store and travel down the produce, meat, or frozen food aisle, which makes life rather easy. However, this is a luxury many cultures don't enjoy. Today we'll take a look at two such cultures as we discuss people groups that rely on foraging and pastoralism for their survival. We'll start with foragers. 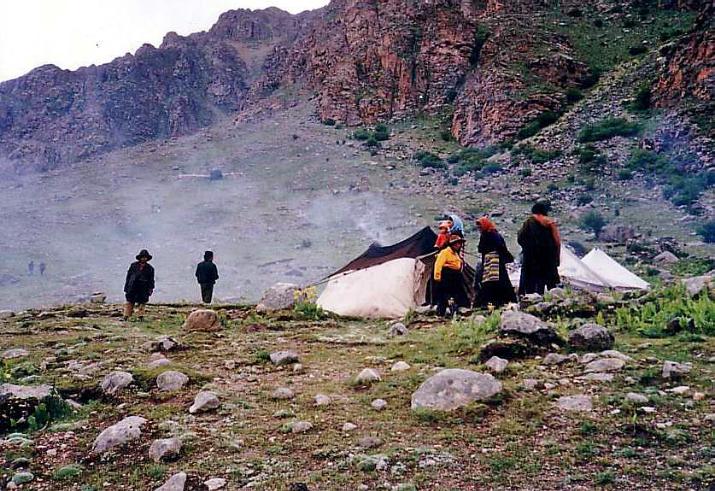 Coming up next: Preliterate Cultures: Paleolithic vs Neolithic

Foragers are hunter-gatherers who survive on the collection of naturally occurring resources, specifically wild plants and animals. Recognizing that few purely foraging societies still exist, today's lesson will definitely include some generalities.

Keeping this in mind, most foragers are nomads, people who move from place to place in search of food. In other words, they usually have no fixed home. They follow their food; they don't grow or raise it.

Since they are constantly on the move, nomadic foragers tend to live in very small communities. After all, gathering food for lots of people would be rather difficult. Not only are foraging cultures rather small, they're also usually egalitarian. This means they lack a central leader and treat all members of the same sex and age as equals. Rather than one head honcho calling all the shots, they usually make decisions by group consensus.

Making them even more different than our culture, foragers usually don't recognize individual property rights. Their lands aren't broken down into neat little plots, and the food they find isn't hoarded by those who gathered or killed it.

Moving away from foragers, we now come to pastoralism. Pastoralism is a form of living in which survival is based on the maintenance of domesticated animals. Like foragers, most pastoral groups are nomadic. Unlike foragers, they usually live in dry or frozen areas, which are climates that don't offer lots of vegetation.

Pastoralists have a special place in my heart since I had the amazing privilege of living with an African pastoral tribe during my youth. This East African tribe raised sheep and goats. Unlike a lot of pastoralists, my African friends were not nomadic. However, their social structure was very egalitarian. Like those who forage, this equality among people of the same sex and age is very common among pastoralists.

With their strong dependence on animals, it would be easy to think that all pastoralists eat their animals. Although this is true for some pastoralists, it's not always the case. Sometimes pastoralists trade or sell the by-products of their animals for money or crops.

For instance, the tribe that I lived with drank lots of goat milk. They also traded this milk with neighboring tribes. However, they seldom killed their goats. In fact, while I lived in Africa, we seldom ate meat. When we did, it was for special occasions like weddings or births. The rest of the time, our meals consisted of grains acquired by trade.

Foragers are hunter-gatherers who survive on the collection of naturally occurring resources, specifically wild plants and animals. Foragers are usually nomads, people who move from place to place in search of food. Due to this, foragers usually live in small egalitarian societies. They lack a central leader and treat all members of the same sex and age as equal. Also, foragers seldom recognize individual property rights.

Pastoralism is a form of living in which survival is based on the maintenance of domesticated animals. Societies that practice pastoralism usually reside in hot, dry climates. They also tend to be organized into smaller nomadic communities. Often times, pastoralists do not butcher their animals for food. Instead, they trade or sell the by-products of their herds.

You should have the ability to do the following after watching this video lesson:

What Are Nomads? - Definition & Explanation

Religious Organization Types & Examples | What is a Religious Group?

What Are Horticultural Societies? - Traits and Examples