Learn about formal amendments and the way in which the process of creating an amendment works. Once you've discovered how this fundamental part of the American government works, you can test your knowledge with a quiz.
Create an account

Say what you want about the Constitution, but it's pretty durable. Written over two centuries ago, there have been only 27 permanent changes made to the document itself -- and 10 of those were made almost before the ink was dry. And one of them, the 21st Amendment, exists only to eliminate another, the 18th Amendment. Most of us make more changes when writing a couple of paragraphs. How is it that this system of government has stayed so unchanged, while the world around it has changed so much?

Part of it is because Americans, in spite of the griping they do about their government, actually quite like the institutions that represent them, just not always the people that do the representing. The other reason, frankly, is that changing the Constitution is really difficult. Understanding the amendment process means not only knowing the nuts-and-bolts of editing the document itself but also recognizing that if you want to do it, you have to really, really want it. 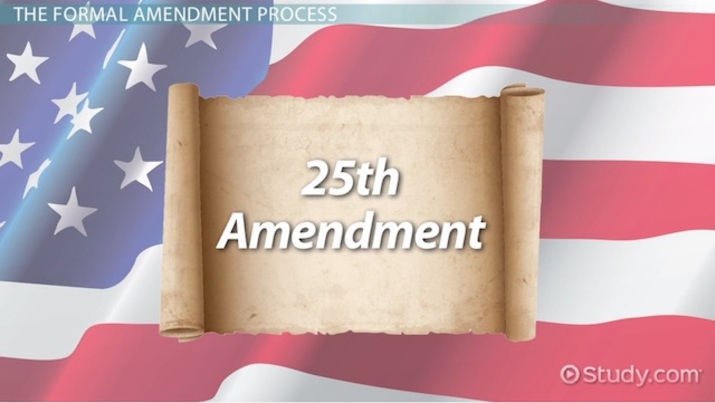 Coming up next: Freedom from Self-Incrimination: Definition & Overview

If you want to add an amendment to the Constitution, you have to start in one of two places. First, and most commonly, you can start in either the U.S. House of Representatives or the U.S. Senate - it doesn't matter which; you'll have to go through both. If you're not a representative or senator yourself, you'll have to get one to propose the amendment for you. Once that's done, you'll need to get a two-thirds' majority to approve it. This is an important point: practically anything else the Congress accomplishes is by majority rule, which means fifty percent plus one. Then it goes to the other House and has to pass there.

If you've gotten this far, and the amendment is successfully proposed, you probably feel pretty good about yourself…but unfortunately, the real work is just beginning. Now you have to go through ratification, and this is going to make the idea of a two-thirds' majority seem like a cakewalk.

For proposing an amendment, you need two-thirds' approval. To actually ratify - that is, to formally adopt - you will need three-fourths majority from all the states. There are two ways to get that approval: either in each state's legislature (the most common way) or in special state ratifying conventions. This has happened only once, with the 21st Amendment which removed the 18th Amendment from the Constitution.

The three-fourths requirement means that today, 38 of 50 states would have to approve an amendment for it to be ratified. This is a very high bar to meet, so it's not really unusual that there are so few amendments, especially when you consider that we've had, by a conservative count, over 10,000 attempts to amend the Constitution since its creation. The last formal amendment, the 27th Amendment, made it unconstitutional for members of Congress to raise their own pay during their term, which is an issue that just about every American (except, probably, Congressmen) could get behind.

This is, frankly, exactly what the Founding Fathers wanted. If you want to amend the Constitution, you've got to do better than just you. The amendments that have passed, including the first ten (the Bill of Rights), all enjoyed broad national consensus and were reflective of the national will. They weren't, as laws so often are, thrust into being by a scant majority over an unwilling, nearly equal minority.

The amendment process is just that: a process, and a lengthy one, as it typically takes over a year on average to ratify a formal change to the Constitution. Max Weber, a political philosopher, once said that 'politics is a strong and slow boring of hard boards,' and though he wasn't talking about the amendment process, it's a pretty accurate description.

The process of formally amending the U.S. Constitution involves only a few steps, but they are often difficult to surmount. An amendment must be proposed and passed with a two-thirds majority vote in both houses of Congress or by a national convention at the request of two-thirds of the states, the latter of which has never happened.

Once proposed, the amendment must be ratified by three-fourths of the states, either through each state's legislature or by special ratifying conventions in each state. The amendment process is slow by design, as the Founding Fathers wanted to guarantee that changes to the Constitution would only reflect broad national opinion.

Constitution: The Constitution is a set of governing principles that our nation follows.

National convention occurs at the request of two-thirds of the states.

Article V Convention is another name for a National Convention.

Once finished with the lesson, find out whether you understand the particulars of the formal amendment process.

The Ohio Constitution & the Structure of the US Government

How the U.S. Government Evolved Over Time

The Process of Amending the Constitution