In today's lesson, we're going to discuss how societies choose to distribute and exchange their goods and services. As we do this, note that some of the ways societies do this are very, very different than our own.

To explain, I'll use a little story from my own life. When I was a child, my family owned a grocery store. One day, we accidentally got a huge shipment of little tiny salt packs. You know, the kind you get at fast food restaurants. When our wholesaler told us to just keep them, we were left with figuring out what to do with them. Knowing that most households don't usually like little tiny salt packets, I suggested we put them out for free. My dad sort of cocked his head at me, but then said, 'Go ahead. Give it a try.'

To my surprise, a whole day went by and no one touched them. My dad then let me in on a little retail secret. He said something to the effect of 'Jessica, when people come into a grocery store, they are accustomed to paying. Sure, they'll take a free sample of food but to just take something that's already wrapped feels uncomfortable. It's just not how we do things.' He then told me to bag the salt packets in groups of about 100, then just put $0.25 on them. I followed his advice, and lo and behold, they flew out of the store. 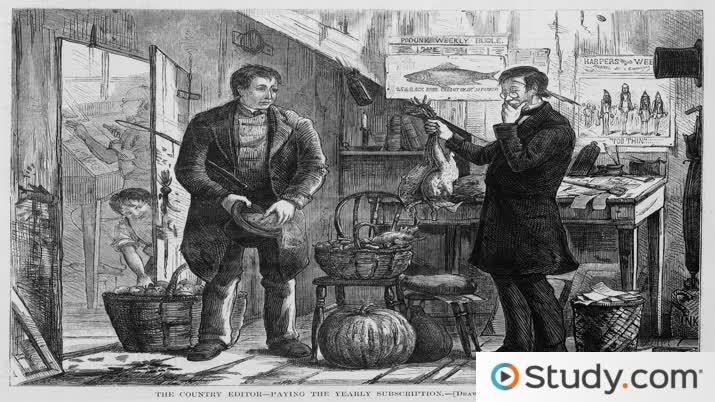 Coming up next: Love Relationships: Their Characteristics & How They Develop

On the contrary, if my dad's and my little experiment had taken place in many parts of tribal Africa, the free salt packets just might have been scarfed up immediately. The reason for this? Many might assert it's because they are accustomed to what anthropologists term generalized reciprocity, when goods and services are distributed freely, almost as gifts, without any immediate expectation of return.

To state it simply, generalized reciprocity is giving to and sharing with others. When writing on this concept, anthropologists Carol and Melvin Ember cite the !Kung people of Africa who openly share their meat from hunting. So engrained is generalized reciprocity in their culture that someone who refuses to share is labeled with the derogatory name of being 'far-hearted.'

It should be said that although generalized reciprocity carries no immediate expectation of return, anthropologists are careful to note that there's probably more to it than meets the eye. Yes, no money is exchanged nor are any contracts drawn up for later payment or to make another gift.

However, generalized reciprocity does usually carry the idea that because one shares, others will feel obliged to share in return. In other words, anthropologists see it as a means to ensure survival during hard times, sort of like a !Kung man saying, 'I had a great hunt today! I've got plenty of meat, so I'll share it with my neighbors. After all, next week's hunt might not go so well!' Simply put, I'll share today so someone will share with me tomorrow.

Our next means of distribution, or the getting of goods and products, is balanced reciprocity, giving with the expressed expectation of immediate return. In other words, giving or doing something in return for something else. I like to remember balanced reciprocity simply as there is a balance between the giver and the getter. Using our little salt anecdote, it would have been generalized reciprocity, and very yummy, if my dad and I had gone to our local fast food restaurant and traded them our salt packets for a week's supply of burgers and fries.

More academically speaking, and again citing the work of the Embers, a great example of this is the Efe people of Africa, who share their meat with neighboring tribes in exchange for agricultural products.

Before we leave generalized reciprocity, it's important to note that it's not always product traded for product. Oftentimes, it is labor traded for product. Again using the Efe of Africa, they also do manual labor, things like clearing bush, for their neighboring tribes in exchange for part of the crops.

This brings us to our next form of distribution, redistribution. Redistribution is the accumulation of goods by one person, or central power, who then decides how to distribute them to others. In other words, it's one head honcho calling the shots on who gets what.

A great, but rather silly example of redistribution is my mother-in-law at Easter. Each year, she holds a huge candy hunt for all the cousins, and she forces them to give all the candy back so she can equally distribute it among them. Her logic is that she doesn't want the younger cousins to get less than the others, so she redistributes it. Yes, we adults sort of see her point, but goodness, does it infuriate the kids.

Perhaps a more academic example of redistribution can be found in the history of the African state of Bunyoro, where traditionally the king collected all the crops and hunted game from his people and then redistributed it among them. Of course, as one could probably guess, most of the good stuff he kept for himself and his family.

With this, we come to our last topic, market exchange. Sometimes also referred to as commercial exchange, market exchange is when the cost of a good is subject to supply and demand - in other words, when people have to give more for something because it's a hot ticket item. It's the method we use when we are willing to pay more for a rare sports car than a common family sedan.

However, although market exchange very often includes some sort of monetary currency, it doesn't always have to. Yes, if real money is actually exchanged, most anthropologists would tell you to check the box for market exchange. However, market exchange can also occur without money changing hands. To explain, let's go back to our salt story. When my dad told me to put a price on the salt, it was an example of market exchange; we were asking people for money. However, the demand for tiny little salt packets was very, very low and supply was very, very high. Therefore, we set our price low.

However, what if salt was scarce and no one could get their hands on it? Then we would have set our price high because supply would have been low but the demand was huge! Using this same example, but getting rid of the money aspect, we would have done the same thing if we traded with our local fast food joint. Since the demand for salt would be high, we'd trade our mound of it for not a week of hamburgers, but for a month or even a year. Yes, it would be similar to balanced reciprocity, since we would have been trading. However, since the law of supply and demand would have governed the amounts given and received, it would really have fallen under the category of distribution by market exchange.

Across the globe, there are many different ways that cultures choose to distribute and exchange their goods and services. There is generalized reciprocity, in which goods and services are distributed freely, almost as gifts, without any immediate expectation of return. To state it simply, we'd call it sharing. Anthropologists assert this is often done in the hopes that others will share with you in return.

Contrary to generalized reciprocity is balanced reciprocity, giving with the expectation of immediate return. In other words, giving with the expressed intent of getting. Another form of distribution and exchange is redistribution. This occurs when one central person or power unit accumulates all the goods and services of a group and then decides how to redistribute them to others. Lastly, there is market or commercial exchange, in which the cost of a good is subject to supply and demand.