The Full Faith and Credit Clause ensures that state courts respect each other's actions between the states. Define the clause, explore its origins and purposes, and see examples of its use in the Supreme Court to command jurisdiction and determine state law. Updated: 08/30/2021
Create an account

Origin and Purpose of Full Faith and Credit

The Full Faith and Credit Clause ensures that states honor the court judgments of other states. For example, let's say I'm involved in a car accident in New Mexico. As a result, a New Mexico court grants me $1,000 in damages. But the defendant - the person who ran into me - lives in Florida and refuses to pay me. The State of Florida will enforce the judgment from New Mexico and help me collect my money. This is obviously an important practice because otherwise, I'm forced to retry my case in Florida in order to receive a money judgment that can be enforced in that state. This was an even more important practice in colonial times because the states purposely operated separately and independently. The clause helped ensure unity and respect for authority between the states. Although at the time the Constitution was drafted, the framers mostly hoped to prevent debtors from escaping their debts by fleeing to another state. 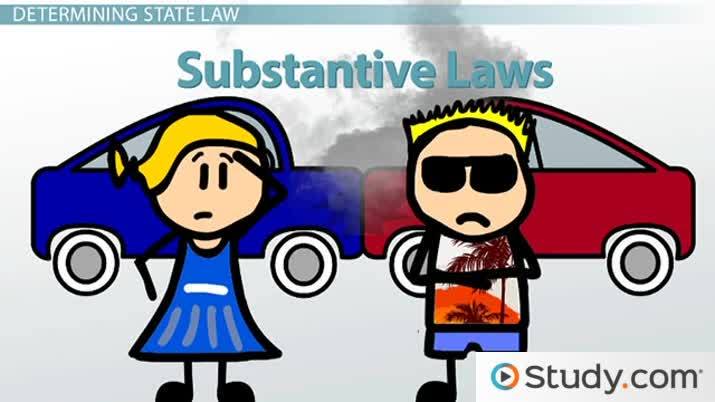 The Supreme Court and Full Faith and Credit

The United States Supreme Court serves as our judicial branch and is responsible for interpreting the United States Constitution. The Full Faith and Credit Clause is part of the Constitution's text and was enacted in 1787. The Court first interpreted the clause in the 1813 case Mills v. Duryee. Currently, the Court has heard numerous cases involving the Full Faith and Credit Clause. The Court says that the clause can be used in three different ways. First, the clause can command a state to take jurisdiction, or control, over a claim that started in another state. Second, the clause can determine which state's law should be applied when a case involves more than one state. And lastly, the clause directs states to acknowledge and enforce court judgments from other states. This last use is the example we've just discussed about my car accident in New Mexico.

The Supreme Court has used the Full Faith and Credit Clause to command a court to take jurisdiction over a case. This means that the Court forces a state court to hear a case that originated in another state. Under our example, the Court can tell Florida that it must hear my case if I choose to sue the defendant in Florida. This wouldn't be true if neither the defendant nor I had any connection to Florida, since the accident didn't happen there. If there is no connection to the state, the clause doesn't apply. But if it's more convenient for me and I choose to sue there, Florida can't refuse the case since the defendant lives there.

The Supreme Court has used the Full Faith and Credit Clause to determine which state's law should be applied when a case involves more than one state. This means that a state can't automatically apply its own laws to a case that involves more than one state. A state can usually apply its own procedural laws. These are the laws that tell us how a lawsuit should proceed. This includes things like how the lawsuit should be filed and what evidence can be presented.

The Supreme Court has used the Full Faith and Credit Clause to direct states to acknowledge and enforce court judgments from other states. This means that if I've already sued the defendant in New Mexico and received a money judgment, I can have that judgment enforced against the defendant in Florida. The defendant can't refuse to pay my judgment just because he lives in a different state. The Florida state courts will enforce my judgment as long as I've met the other requirements for my lawsuit. For example, the Florida court might refuse to enforce my judgment if the defendant never knew about the lawsuit in New Mexico and didn't have a chance to defend himself.

The Full Faith and Credit Clause can also operate to prevent lawsuits. In the 1935 Supreme Court case of Milwaukee County v. M.E. White Co., the Court ruled that the parties couldn't have a state court rehear an issue that another state had already decided for them. Let's say I sued the Florida defendant for $5,000, but the New Mexico court only awarded me $1,000. I can't then go to Florida and sue on the same issue again. The New Mexico court already heard my claim and issued a judgment.

Let's review. The Full Faith and Credit Clause is an important element of the United States Constitution. This clause makes sure that each state acknowledges and respects the court actions of the other states. This is a valuable practice and was even more crucial in colonial times because the states operated separately and independently. The clause helped unify the legal system of the new United States while still allowing the states to operate individually.

Completing this lesson should enable you to:

The Election-Related Amendments of the US Constitution