Do you know what the largest organ of your body is? The answer might surprise you - it's your skin! That's right, your skin is considered an organ and its job is to protect your insides from the world around you. It's like a wall that helps stop intruders, germs, dirt, and other things from getting in. Your skin is also involved in important functions like controlling your body temperature and your respiration. Your skin is a dynamic organ too, as new skins cells constantly replace old ones.

Because your skin is exposed to the outside world, it's also exposed to all the harmful things out there. This means that infections can occur on your skin as it interacts with microscopic bacteria, fungi, and other pathogens. But the causes of skin infections vary greatly, so it's important to understand the differences between their sources. Let's look at these sources in a bit more detail to get a better idea of how they affect our skin and what kind of damage they can cause. 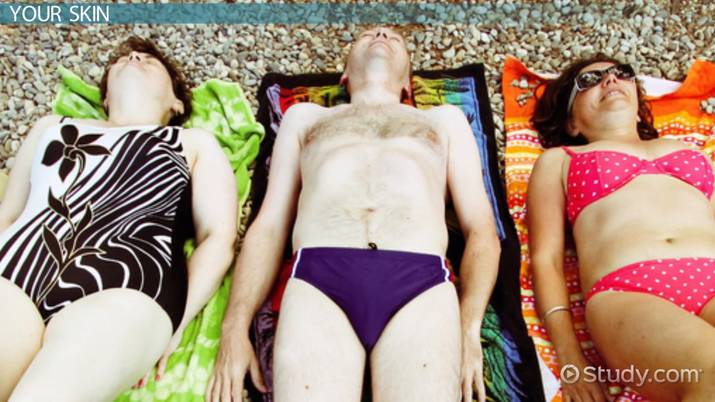 Coming up next: What Is the Immune System? - Our Body's Defense Against Pathogens

One source of infections on your skin is fungi. Now, we're not talking about the button mushrooms you had for dinner last night. Fungi are microscopic, mostly multi-cellular, living organisms, and they have an affinity for areas like skin, nails, and hair. They cause fungal infections like athlete's foot, ringworm (which is not actually a worm!), yeast infections, and jock itch.

Have you ever seen mushrooms growing on the side of a tree? Fungal infections on your skin are a lot like this. But this time, you are the tree and those dead cells on your skin that are constantly being replaced serve as a food source for the microscopic fungi living there.

Even though fungal infections are usually treatable with anti-fungal medications, they can be quite uncomfortable. They may itch, burn, present a rash or inflammation, and cause scaling skin. Trichophyton, Microsporum, and Epidermophyton are the most common genera of fungi that cause these types of infections. In general, fungal infections come from an animal, soil, or other humans who are infected. This is why wearing your shower shoes at the gym is so important; you never know what other feet have been in there before you!

Another way you might get a skin infection is from bacteria, which are living single-celled organisms that can cause a wide range of infections of the skin. Bacterial infections on your skin are all across the board. They may be quite localized or may be all across your body. Some may be minor and cause you very little discomfort, while others may be life-threatening. The most common types of bacterial skin infections come from Staphylococcus (or staph infections) and Streptococcus (or strep infections). Staph infections usually start small, but they can result in something as simple as a small boil or as dangerous as a flesh-eating infection. One of the most serious staph infections is MRSA, which stands for methicillin-resistant Staphylococcus aureus. MRSA infections are caused by antibiotic-resistant bacteria. While sometimes they are minor infections, they can become quite serious because they are not treatable with normal antibiotic medications.

Other types of bacterial skin infections include leprosy, impetigo, cellulitis, and boils, which are infections that start at a hair follicle and grow into a small lump on the skin. The good news is that many bacterial infections may go away on their own, and a number of them can be treated quite effectively with antibiotic medications.

Your skin is an important organ that protects your insides from the outside world, and this is a very good thing because there are lots of microscopic intruders out there! Most of the time it does a good job of keeping things out, but sometimes the skin isn't able to fully protect itself and an infection occurs.

Common sources of infection include fungi and bacteria. Fungal infections include things like yeast infections, athlete's foot, jock itch, and ringworm, which despite its name is not caused by a worm. These fungi feed off your dead skin cells and are often treated effectively with anti-fungal medications.

Bacterial infections are things like leprosy, strep and staph (including MRSA), impetigo, cellulitis, and boils that arise from infections on hair follicles in the skin. Some of these infections may respond well to antibiotic treatments, while some infections may simply go away on their own. Others, however, may be caused by bacteria that have become resistant to antibiotics and are much more difficult to treat.

What is Osteomyelitis? - Definition, Symptoms & Treatment

What Is Leprosy? - History, Signs & Treatment