Morality views can change throughout the lifespan. But are these changes different for boys and girls? In this lesson, we'll examine critiques of Kohlberg's theory of moral development as well as Gilligan's alternative theory.
Create an account

Heinz loves his wife, but she has cancer. The pharmacist at his local drug store has created a drug that can save her life. It costs the pharmacist $200 to make, and he's charging $2,000 for the drug.

Heinz asks all of his friends and family for money and borrows every cent he can, but he can only get together $1,000. He goes to the pharmacist and explains, and then asks the pharmacist to sell him the drugs for $1,000 or let him pay the rest later.

'I created the drug,' the pharmacist says, 'and it's my right to make money on it.' He sends Heinz away without the drug. Later that night, Heinz breaks into the pharmacy and steals the drugs. Did he do the right thing?

Psychologist Lawrence Kohlberg was interested in how people view moral dilemmas like this one. He studied moral development, or the way that people's view of right and wrong change as they grow. Let's look closer at Kohlberg's theory, common criticisms of it and an alternative theory of moral development proposed by Carol Gilligan. 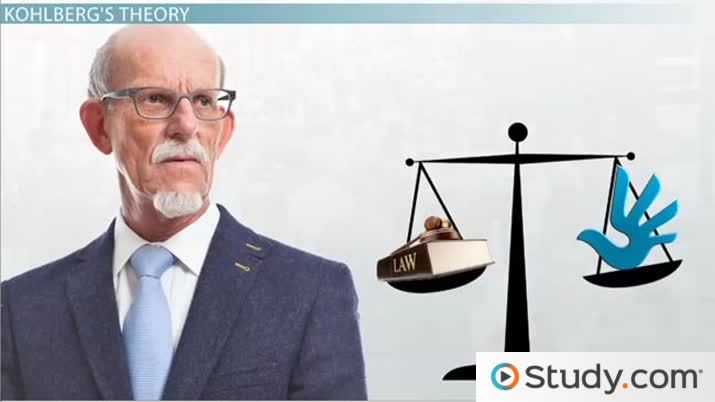 Coming up next: Elkind's Theory of Adolescent Egocentrism

So, did Heinz do the right thing? Though Kohlberg was interested in how people view Heinz's moral dilemma, he wasn't interested so much in their answer to that specific question. Instead, he wanted to know why people answered the way they did.

Adolescents in the conventional stage of morality look at what it means to be a good person and what society's rules are: Heinz did the right thing in stealing the drug because it makes him a good husband. Finally, people who are the most morally developed are in postconventional morality. They focus on justice and balancing human rights with the good of society: Heinz should not have stolen the medicine because others might need the medicine, and Heinz's wife's need is no more important than theirs.

So, according to Kohlberg, people develop by going from thinking about rewards and punishment to thinking about justice. But is this an accurate description of all people?

According to Gilligan's interpretation of Kohlberg's stages, then, men are more morally developed than women since the highest form of morality in Kohlberg's model is focused on justice, while compassion and sacrifice are seen as part of the earlier stages of moral development.

This first stage is when a girl focuses on what's best for herself. For example, a girl in this stage might see the pharmacist as moral because he was doing what was best for himself.

The next stage is about the belief that, to be a good person, a woman must sacrifice herself for others. A girl in this stage might see Heinz's actions as good because he was willing to sacrifice his freedom (and possibly go to jail) to save his wife. Of course, in Gilligan's model (and often in life), it is usually the woman sacrificing herself for others, not the man.

The final stage in Gilligan's moral development of women is when they come to believe that hurting anyone, including themselves, is immoral. Essentially, this is when women find a balance between selfishness and self-sacrifice. A woman in this third stage of moral development might see the pharmacist's actions as unjustified because his refusal to help Heinz's wife hurts her health.

Moral development is the way that people view right and wrong as they grow. Lawrence Kohlberg's theory of moral development looked at the way that people move from focusing on rewards and punishment to focusing on justice. But many people have criticized Kohlberg for basing his theory on white, Western males. Carol Gilligan's alternative theory of moral development in girls looks at how women move from seeing the right thing as being about selfishness or selflessness to finding a balance between the two.

Paul Baltes and the Lifelong Development Theory of Psychology

What Is Moral Development? - Definition & Stages