Vericia has a masters in criminal justice.

There are many theories out there that attempt to explain juvenile delinquency and help us make sense of what would otherwise be complex behavior. Sociologists, psychologists, doctors, social workers, and others often use theories in order to be more effective professionals in addressing social problems. 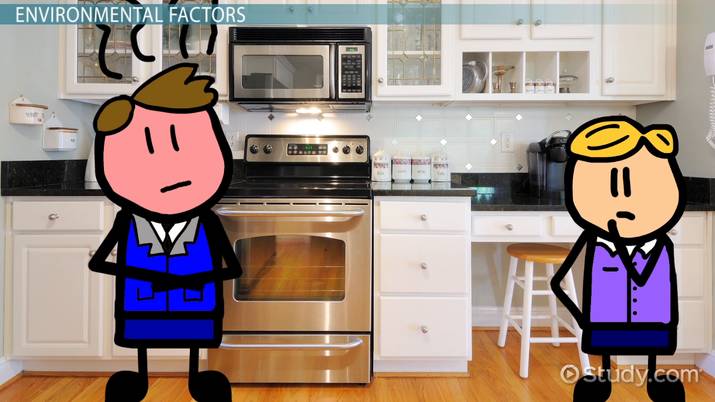 Sheldon and Eleanor Glueck, a husband and wife team, were Harvard University professors and researchers who spent over 30 years researching criminal behavior among adults and youth. Over their 30-year tenure as criminologists, they studied hundreds of youth to determine the causes of delinquent behaviors. According to the Gluecks, there were several biological and environmental factors that contribute to delinquent behavior. However, the Gluecks wanted to dispel certain beliefs associated with biological and environmental theories by honing in on the importance of taking both into account.

During the early to mid-20th century, biological theories about juvenile delinquency predominated and emphasized that genetics and heredity played the largest role in criminal behavior. Genetically inherited traits can include both personality and physical characteristics. Proponents of biological theories believe that people with certain body types or physical characteristics are more likely to be aggressive criminals.

For example, a mesomorph is a lean person with a muscular, strong build, while an endomorph is a large person with more body fat than muscle. Based on their research, the Gluecks believed that mesomorphs were more likely to engage in crime than endomorphs.

However, they did not limit their explanations of juvenile delinquency to biological factors. The best way to determine delinquency is to study both biological and environmental factors. And, it's important to note that biological theories began to lose favor in the mid-20th century due to their racial undertones.

Based on the Gluecks' theory, juvenile delinquents can be genetically predisposed to certain behaviors, but their environments can trigger these behaviors. For example, a young boy may have a short temper just like his father, but that doesn't necessarily mean he'll ever be charged with assault. But if this same young boy regularly witnesses his father beating his mother, the likelihood is much greater. Not only does the boy have a bad temper, but is also more likely to follow his father's example of solving problems with violence.

The Gluecks were most known for their 10-year longitudinal study of 1000 youth, which included 500 juvenile delinquents and 500 non-delinquents. At the end of the study, they determined that almost all of the 500 juvenile delinquents came from unstable home environments where they were abused, neglected, or improperly socialized. Outside of the study's findings, the Gluecks also created the social predictability table, a tool that professionals can use to determine the predictability of criminal behavior. The table was composed of different categories, one being family relationships.

Based on the Gluecks' study, non-delinquents had better relationships with family members. They were closer to their parents, were better socialized, and possessed stronger bonds.

Sheldon and Eleanor Glueck were professors, researchers, and criminologists who spent over 30 years studying adult and juvenile delinquency. They determined that biology plays a role in criminal behavior, but only in combination with environmental factors, and that mesomorphs were more likely to engage in crime than endomorphs. When studying 500 juvenile delinquents and 500 non-delinquents, the Gluecks discovered that youth who had poor bonds with family members were more likely to engage in illegal activities.

One of their greatest accomplishments was establishing the social predictability table, a tool used to predict criminal behavior in youth. The Gluecks made significant contributions to the fields of criminal justice and social services. Theories that focus on the role of biology and environment in juvenile delinquency continue to be used today.