The Feasible Region. It sounds like the title of a futuristic spy flick where everything is green and black and everyone wears sci-fi clothing with no pockets. In a world where global warming has left most of the Earth uninhabitable, a corrupt dictatorship controls the Feasible Region, the only place left that can support life… or is it?

OK, it's not as dramatic, even if you also put in a green-and-black futuristic color scheme. But knowing how to find the feasible region of a system of inequalities is really useful, so in this lesson we'll walk through how to do it. 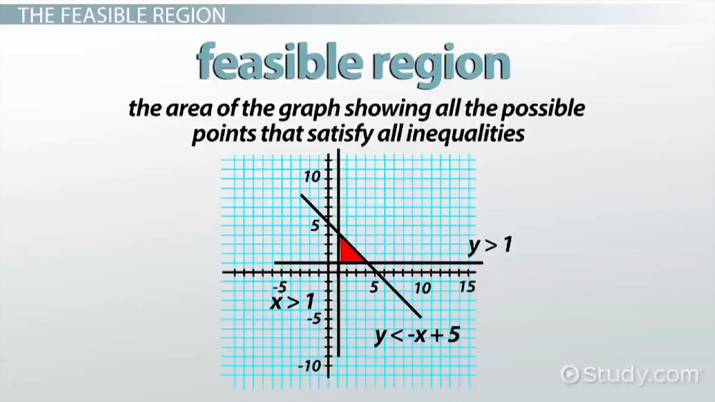 Graphing a System of Inequalities

To start, let's review how to graph one inequality. First, replace the inequality sign with an equals sign and graph the line. Then shade the region above or below the line, depending on which values satisfy the original inequality.

We can see that below the line, y < x and above the line, y > x. So to graph the inequality y > x, we'll shade the area above the line. It's a little bit hard to see, but we'll also make the original line a dashed line, to show that y = x is technically not part of the solution.

The feasible region of this system contains all possible points that satisfy all the inequalities. We can test this by plugging in a bunch of points to see where they fall.

You can check this mathematically. Points that satisfy all the inequalities in the system will be inside the feasible region, but points that don't satisfy all of them will be outside of it. And hey, if you get really good at math, maybe you could make a futuristic crime thriller out of that.

Graphing the Feasible Region of a System of Inequalities Quiz 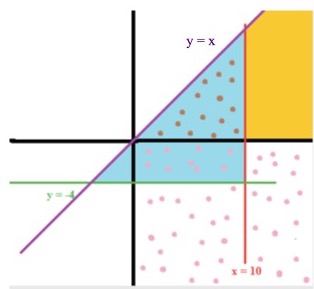 How to View and Change PowerPoint Presentation Properties