Verbal messages can be improved and contribute to effective communication by focusing on several key concepts or guidelines. Learn about intensional vs extensional orientation, illness, facets vs inferences, and avoiding extremes to improve verbal communication. Updated: 11/18/2021
Create an account

We've all had a conversation go awry. Whether someone misinterpreted what we had to say, or we felt like we weren't being listened to, we all know what it feels like to walk away from a verbal interaction feeling frustrated. In order to help us keep our conversational frustration to a minimum, today's lesson will provide some strategies for navigating our verbal messages during communication.

Our first tip for having pleasant verbal exchanges is to avoid falling into the trap of intensional orientation. Although a pretty abstract term, saying someone is oriented intensionally means they make judgments based on preconceived notions or stereotypes. For example, let's say a worker has to go and talk to the president of his company, he's never officially met her, but everyone tells him she is harsh and demanding. If this worker chooses an intensional approach to their conversation, he'll probably end up interpreting her words in a negative manner. His preconceived notions may make even her simplest questions sound like allegations to him.

To have a better chance at a positive interaction, our worker guy should employ an extensional orientation to their talk. Opposite of the intensional approach, a person with an extensional orientation bases opinions and reactions on what is personally observed and experienced. Employing this tactic will give our worker, and all of us, a much greater shot at a positive verbal exchange. 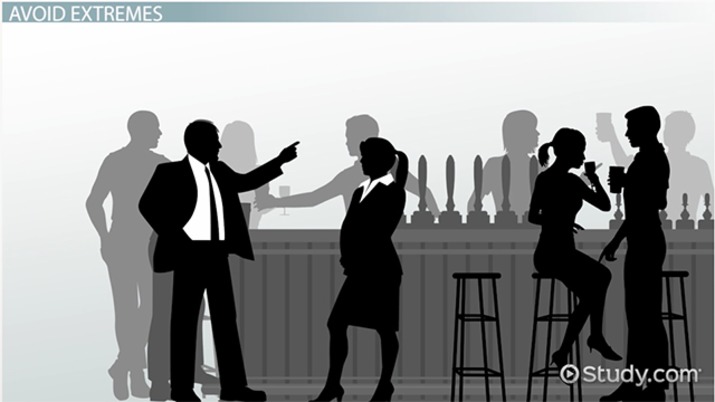 Coming up next: Strategies for Avoiding Issues in Verbal Messages

Along with steering away from being intensionally oriented, we should also avoid allness when talking to others. Being rather easy to commit, allness takes on many forms. For instance, we're practicing allness when we assume we know all there is to know about a subject. If we say things like, 'I'm telling you, I've read everything there is to know about this and I'm RIGHT,' we're guilty of allness.

Like is often said, knowing you don't know everything is a great place to start. We also employ allness when we assume there is nothing more to explore about a subject. Communication killing phrases like, 'I've said all I'm going to say about this,' or, 'I've listened to ALL I'm going to listen to,' are hallmark allness phrases.

When verbally communicating with others, we also need to make a distinction between facts and our own inferences, or conclusions based on observations. To explain, suppose you're having a conversation with a friend and they are giving you nothing but short answers and agitated tones. From this you infer your friend is mad at you, so you end the conversation quickly and go on your way annoyed. After all, you don't deserve to be treated that way.

Later on, the same friend calls to tell you he was beginning a horrible migraine during your last conversation together. His short answers, which you interpreted as factual evidence of his attitudes about you, actually had nothing to do with you. Whoops!

Sadly, we've all been there. We treat our inferences as facts, and our verbal communication ends up taking a hit.

Our last guideline for verbal messaging is to avoid using extremes. In life, most things are not all good or all bad. Yet in our conversations, we often characterize things as such. For example, has anyone ever said to you, 'That's the worst thing anyone's ever said to me!' Turning the spotlight around, have you ever said something like: 'This has been the biggest waste of my time!' Or, 'That's the dumbest thing you've ever said!'

Granted, speaking in such extremes may feel good in the moment, however it can often be conversational suicide.

There are several tips that can help in verbal messaging. One is to avoid an intensional orientation. We should not make judgements based on perceived notions or stereotypes. It is more profitable to employ an extensional orientation that bases opinions and reactions on what is personally observed and experienced.

When communicating we should also make a distinction between facts and inferences, or conclusions based on observations. Just because we think something is so, doesn't mean it is.

When communicating we should also avoid using extremes. Most things in life are not black or white. Our verbal messages should follow suit.

Comparing Communication in Cultures with High & Low Tolerance for Ambiguity

The Five-Stage Model of Conversation

What are the Stages of Perception?