A person's choice of school can affect their career choice depending on factors such as alumni connections, name recognition, and career opportunities. Explore when school choice matters and does not matter regarding career possibilities. Updated: 10/05/2021
Create an account

Karl and his friend, Sasha, have just graduated college, and they are both looking for a job. Karl went to a well-known private school in the Ivy League, while Sasha opted for a small college that many people have not heard of. So which one is better off? How much does where you go to school affect your career?

Karl and Sasha are both applying and interviewing for jobs now that they've graduated college. Karl paid a lot more for his diploma than Sasha did. But is the extra money worth it? Will Karl have a better chance just because he went to an Ivy League school? Maybe, but maybe not. Let's look at how a college can impact career possibilities and in what cases it doesn't matter. 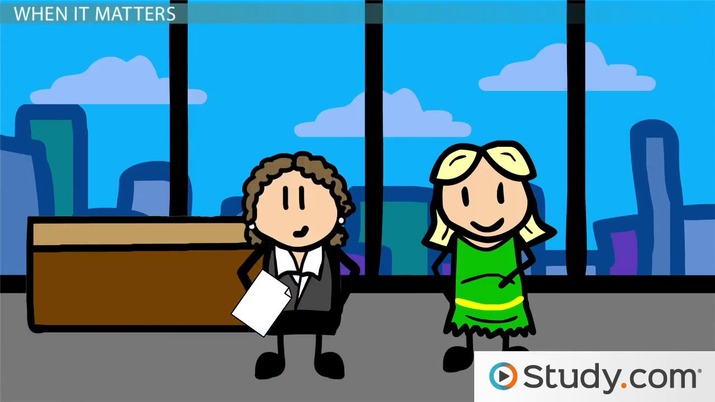 Coming up next: Career Planning Timeline for College Students

So, Karl is going to a really famous and prestigious college, and Sasha is going to a good college but one that doesn't have much of a reputation. That is, most people haven't heard of Sasha's college outside of the small city where it's located. Will Karl be better off? There are a few different ways that going to a college can affect a person's career, and surprisingly, not all of them put Karl at an advantage.

Alumni connections are one way that school choice can affect career. Most colleges have programs that allow students to connect with alumni, or a person who graduated from the college. If a school has enthusiastic alumni, they can help students find internships or even jobs.

In many cases, prestigious colleges can have alumni who are in positions of power. For example, at Karl's Ivy League college, there are many alumni who have ended up as CEOs at big companies. There are more powerful alumni at Karl's college than at Sasha's. However, if those powerful CEOs aren't willing to give their time to current and recent students, then the benefit will not extend to Karl. Meanwhile, if Sasha's school has alumni that are more enthusiastic about mentoring young graduates, she might end up with a better support system. So, alumni connections only work in some instances.

Name recognition is another way that school choice can affect career. In this case, Karl's Ivy League degree might come in handy. To understand name recognition, imagine that Karl and Sasha are applying for the same job. The person doing the hiring looks at Karl's resume and thinks, 'Oh, wow. He went to that school. They have a great reputation.' On the other hand, that same person might look at Sasha's resume and think, 'I've never heard of that school.' While the fact that Sasha's school isn't well known probably won't hurt her, it won't help her the way Karl's did, either.

But name recognition doesn't just happen to famous, Ivy League schools. Take Sasha's school, for example: many people across the country have never heard of her school, but in the small community where the college is located, it has a great reputation. So, if she's applying for a job in the region, she might find that her school has name recognition, after all.

Further, a reputation for strength in a particular major can give a school that is not otherwise famous a boost. For example, if Sasha's school has a really strong environmental science program, and she's applying for a job in environmental science, the person doing the hiring might have heard of her school. Meanwhile, if she applies for a job in advertising, they might not have heard of it.

One final way that school choice can affect a person's career path is through career planning opportunities. Most colleges and universities offer career guidance, but the resources can vary widely. At Karl's school, for example, they offer some printed materials and a few workshops a year. But at Sasha's school, they have a robust career center, where they will help her practice interviewing skills, prepare her resume, network with hiring managers and many other things. Not only that, they offer these services not only to students but to alumni, too, whereas at Karl's college, they only offer career planning for current students.

When It Doesn't Matter

Okay, so there are some ways that a school can affect a person's career, but does that mean that if you don't choose the right school, you're toast when it comes to finding a job or launching your career? Not at all! In fact, in most cases, a school is much less important than other aspects of a person. After all, the manager is considering hiring Karl or Sasha, not the schools they attend!

A person's skills and experiences are almost always the most important thing that a hiring manager will consider. Take Karl and Sasha. While in college, Karl kind of puttered around. He wasted a lot of time and energy on partying and didn't really worry about building his resume.

In contrast, Sasha began building her resume from her first day on campus. She joined clubs and committees, took workshops to build skills and got an internship to build experience. She has demonstrated that she's good at the type of work that the hiring manager is looking for, whereas Karl may be good at it, but there's nothing on his resume that demonstrates that. Who do you think the hiring manager will want to hire?

Besides skills and experiences, a person's personality is also important in the hiring process. If Karl has an attitude that he's the smartest and greatest thing ever, the hiring manager is probably not going to want him to join the company. And if he's lazy or uninterested in working hard, that's a point against him, as well. Contrast that to Sasha: if she's upbeat and inquisitive, ready to work hard and learn, she's going to be the type of person that companies want to hire.

The college you attend can impact your career choice, especially when it comes to alumni connections, name recognition and reputation and career planning opportunities. However, the college you attend is just one factor that hiring managers look at. More important are the skills and experiences that you've had and your personality and attitude.

You could have the ability to do the following after watching this video lesson:

How Much Does Your School Choice Affect Your Career?
Related Study Materials

Connecting Literature to Other Art Forms

What Is a Business Organization? - Structure, Types & Examples

Ideal Self vs. Real Self: Definition & Difference

The Self as the Brain According to Paul Churchland

The Self According to Rene Descartes

Claims & Counterclaims in an Argument | What are the Parts of an Argument?

The 8 Characteristics of Life | Properties & Examples