Danielle has taught computer technology and gifted education classes. She has a master's degree in teaching and learning.

Natural events like earthquakes, landslides, volcanoes, and floods are commonly called natural disasters but can have some positive effects on the habitats of animals, including humans. Explore examples of natural events and resulting changes to habitats, learn the pros and cons of natural events, and discover how secondary hazards like fires can damage and renew the environment. Updated: 10/01/2021
Create an account

What Is a Natural Event?

Take a look at these pictures.

What do you think caused all of this destruction? Was it one single event or several different events? Although it's difficult to determine the cause of the damage shown, it is all the result of natural events, which can be defined as events in nature that can cause widespread damage to land and property and threaten the lives of humans and wildlife.

Natural events usually happen because of weather created by the energy of the sun or due to the energy inside the earth. These events can happen quickly and often have devastating results.

Some examples of natural events are:

Natural events can also be very dangerous because they can trigger secondary events, like fires, power outages and other hazardous conditions. In this lesson, we will learn more about natural events and how they can drastically change human and wildlife habitats in both destructive and beneficial ways. 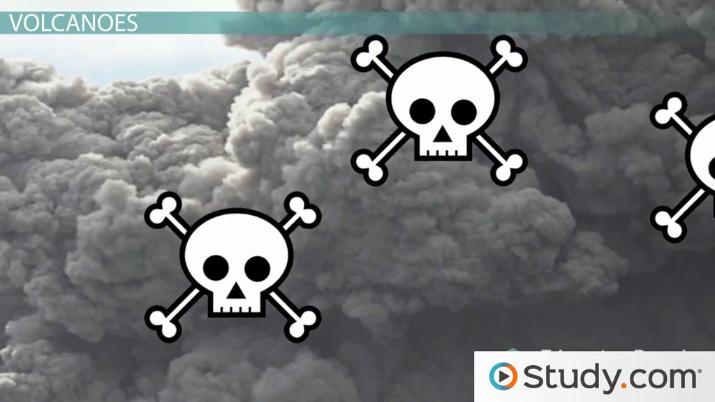 Coming up next: What is Thermal Energy? - Definition & Examples

The earth is made up of many layers. The outer layer of earth, called the crust, is made up of tectonic plates. These plates usually fit together like puzzle pieces and are always shifting. The place where plates meet together and move is called a fault. The movement of the plates sometimes causes the earth to shake violently, which is an earthquake.

Earthquakes produce seismic waves that radiate through the earth. These waves cause movement in the earth's surface that can destroy buildings, roads and bridges. Earthquakes can create other equally dangerous events, such as fires, floods, landslides and tsunamis. Although scientists who study earthquakes can detect movements in the earth, it is still difficult to predict when an earthquake might occur.

A landslide is the sudden movement of soil and rocks down a slope. Landslides can be caused by heavy rains, melting snow, the force of gravity and even other natural events. The vibrations created by earthquakes can trigger landslides, and volcanoes can also cause them when dangerous flows of mud mixed with rock, water and lava pour quickly down their steep slopes.

Landslides are powerful events that can tear down trees, bury plants and animals, and damage roadways. They can also cause houses to slide down hillsides or pile deadly amounts of mud, rocks and other sediment on top of them. While some precautions can be taken to reduce the danger of landslides in risk areas, such as steel netting or fences, like most natural events, they are difficult to predict.

Volcanic eruptions are natural events that can also cause devastation and habitat destruction. Volcanic eruptions occur when magma inside the earth reaches the surface. Once the magma reaches earth's surface, it is called lava. Lava is hot enough to burn anything it touches instantly. Lava flow can move quickly and flatten trees and most anything else in its path.

The ash that spews out of volcanoes also makes the air toxic and hazardous to breathe. Ash and lava can bury plants and animals, contaminate water or block water supplies if rivers and streams stop flowing and ruin food sources for many living things.

Volcanic ash can also accumulate on the roofs of buildings, causing them to collapse. Although they can cause massive destruction, volcanic eruptions can also be beneficial to habitats. Fertile volcanic soil is formed from volcanic rock and is good for growing crops and plants. While scientists monitor the activity of volcanoes, it is still difficult to predict when and how they will erupt.

Flooding is what happens when a large amount of water becomes too much for normally dry land. The water cannot be displaced or absorbed fast enough, so it stays on the surface and rises. Flooding can be caused by rapidly melting snow, overflowing rivers or heavy rain and waves and can wash away buildings, trees and land.

Rising and rushing water is very dangerous to humans and wildlife. Storm surges are high waves that crash onto the coast during storms, like hurricanes, and create flooding and damage. Tsunamis are massive, fast moving tidal waves caused by earth movements under the sea floor. Tsunamis move quickly and can wipe out most anything in their paths.

Through the use of satellites and other technology, it has become easier for scientists to monitor and predict floods. Hurricane, flash flood and tsunami warnings can give people some time to prepare for these dangerous natural events. Flooding can affect habitats in a positive way by bringing rich, fertile soil onto land and farms.

All of the natural events we just discussed can cause equally devastating secondary hazards, such as fires, power outages and roadblocks. Earthquakes can cause electrical wires and gas lines to break, which can cause fires. Volcanic eruptions can also start wildfires, which can destroy countless acres of human and animal habitats.

Water pipes can break, polluting drinking water, causing floods and making it harder for firefighters to fight fires. Massive power outages can occur when power lines and utility poles are knocked down. Water and debris blocking roadways can make it harder for emergency vehicles to reach people in need, make repairs and bring in needed supplies.

Natural events are events in nature that can cause widespread damage to land and property and threaten the lives of humans and wildlife. As we have learned, natural events are sometimes interrelated and one can be the cause of the other.

They are usually caused by energy from the sun or inside the earth. Although scientists can monitor and predict some natural events (like floods), others, like earthquakes, landslides and volcanic eruptions, are more difficult to forecast.

While they can all cause varying degrees of damage to human and wildlife habitats, some natural events can be beneficial, such as in the case of volcanic eruptions and floods that bring fertile soil. Natural events can also cause secondary hazardous events, like fires, power outages and roadblocks, which can be equally harmful to human and wildlife habitats.

You might watch this video lesson as you pursue these goals:

Strategic Management in the Hospitality Industry

The Relationship Between Tourism & Geography

Human Activities That Increase the Risk of Natural Disasters