In this lesson, we look at a method for finding the amplitude of a sine function. This method works even when the equilibrium line is not the horizontal axis. Updated: 04/20/2021
Create an account

In general, we can write a sine function as:

A sinusoid with arbitrary phase shift and frequency looks like this here:

The steps for finding the amplitude are as follows:

We can draw horizontal lines locating these displacements.

In this example, the vertical offset, c, was zero.

The amplitude, A, of a sine function is given by 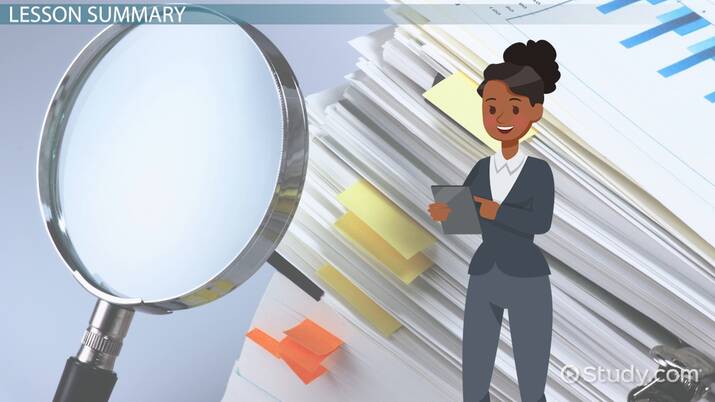 Coming up next: How to Find the Area of an Equilateral Triangle

These steps will work even if there's a vertical offset. For example, let's find the amplitude, A, for the following graph:

Let's look at an example where we have to find the amplitude for the following sine function:

In this example, the entire function is below the horizontal axis. The method still works.

The maximum vertical displacement is -0.5 and the -4.5 is the minimum.

All right, let's take a moment or two to review. We first learned that a sine function can generally be defined as the function of time, f'(t), equals the amplitude, A, times the sine of at plus b, plus a vertical offset, c:

We also learned that in order to find the amplitude of a sine function, we only have to follow these two steps:

It's really that simple! So, you should have no trouble finding the amplitude of a sine function the next time you see that on a test.

How to Find Amplitude of a Sine Function
Related Study Materials

How to Find the Vertical Shift of a Trig Function

How to Find the Period of Sine Functions

How to Find the Period of a Trig Function

How to Find the Period of Cosine Functions

What is a Voltmeter? - Definition & Uses

How to Identify Families of Functions

How to Reflect Quadratic Equations