In mathematics, factoring is the process of determining the factors of a whole number. Learn how to teach factoring. Understand why factoring is important, and review building arrays, factoring vocabulary, factor rainbows, and factor trees to recognize how to make factoring easier for students to understand and master. Updated: 11/02/2021
Create an account

A factor is defined as a whole number that divides evenly into another whole number. Factoring is another way of saying 'finding all of the factors of a number' or 'breaking down a whole number into all of its factors'.

Though factoring might seem unimportant on its own, it comes up frequently when working with fractions and doing complicated division work. Students cannot work successfully with proportional reasoning, meaning fractions, decimals, and percents in real-life contexts, until they have a good grasp of factoring. In this lesson, you will follow the teaching of Mr. Lazur as he walks his fourth and fifth grade math students through learning to factor.

What Students Need to Know First

Mr. Lazur thinks that factoring is very important, but he also understands that his pedagogy will not be successful unless his students first have a solid grasp of the concepts underlying multiplication and division. Therefore, he carefully assesses and works on their understanding of these areas before he begins work on factoring. 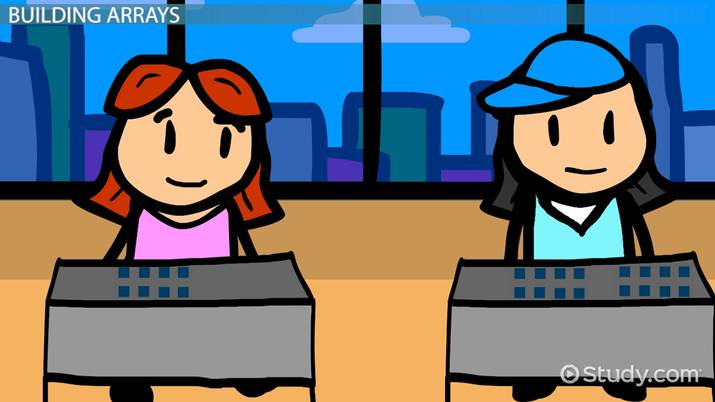 Try it now
Back
Coming up next: How to Teach Kindergarten Language Arts

As an introduction to factoring, Mr. Lazur pairs his students up to work with small, square color tiles, usually available in most mathematical manipulative kits. He gives each pair one or two whole numbers to work with and instructs them to count out that number of tiles. Mr. Lazur gives larger numbers to the partnerships he thinks are stronger, but he does not give anyone a number higher than 30. Mr. Lazur then instructs the partnerships to build as many arrays as they can from that number of tiles. An array is a rectangular shape composed of smaller shapes.

As his students build arrays, Mr. Lazur teaches them to write down the dimensions of the arrays they are coming up with. Nancy and Lucas are working with the number 24. They build many arrays and write a list of dimensions including 8 x 3, 4 x 6, and even 1 x 24. Quinn and Maya are working with the number 13, and despite a lot of trying, they can only come up with one set of dimensions: 13 x 1.

Mr. Lazur supplies each pair with graph paper so that they can sketch the relevant arrays for their numbers and write down their dimensions. After his students have worked with arrays, Mr. Lazur explains that what they have done is find factor pairs for different numbers. He explains the definition of the word 'factor' and asks his students to discuss what they've noticed.

As they talk, he teaches them other relevant vocabulary for understanding factoring:

Mr. Lazur teaches his students to make factor rainbows to break numbers into their factors. To make a factor rainbow, students write 1 on one side of the page and the number they're working with on the other side, drawing an arch in the shape of a rainbow to connect them. Students then work up to see what other factors their target number has. If 2 works, they write that down, then write its pair on the right side and draw a second arch. Students continue until they have found all of the factors.

When he feels that they have a solid grasp of the basics of factoring, Mr. Lazur teaches his students to make factor trees. These help his students get to the prime factorization of a number, breaking the number down into only prime factors that compose it.

To make a factor tree, students write the target number at the top of a page. They then write one factor pair below that number. If either of the resulting factors is composite, they write a factor pair for that number below it. They continue working until they're left with only prime numbers.

Factoring is an important mathematical strategy that brings up important concepts and vocabulary, such as products, prime and composite numbers, and square numbers. To factor a number means to break it down into the numbers that can be multiplied in order to reach it. Building arrays, making factor rainbows, and drawing factor trees are solid strategies for helping students learn how to factor.

What is a Factor? - Lesson for Kids

What is a Factor? - Lesson for Kids